Australian State and Territory Governments can now apply for a share of $72 million from the Federal Government to fast-track the construction of water infrastructure in drought affected regions.

The National Water Infrastructure Development Fund special drought round was announced in August this year, to finance permanent infrastructure projects that will increase long-term water availability and security.

Only state and territory governments are eligible to apply for the funding, but they can partner with local government and/or private organisations on the projects.

“Just as the drought evolves, so must our policies. There is no place for set and forget,” McCormack said.

“We will continue to engage with farmers to ensure our drought response meets their needs.”

In its latest Special Climate Statement, the Bureau of Meteorology said the recent dry conditions in eastern Australia are nearly unprecedented in terms of the combined extent and duration.

“Whilst there have been individual years in the last century with rainfall similar to or less than that in 2018, only twice since 1900 have such dry conditions been sustained for a period of nearly two years across the Murray-Darling Basin,” the statement said.

“The intensity of the rainfall deficiencies in the Basin over the last two years is on a par with the worst seen in any individual two-year period during the Millennium Drought, although dry conditions have not yet been sustained for as long as they were during that event.”

The $72 million special funding round is part of the Federal Government’s $580 million National Water Infrastructure Development Fund, designed to help build the water infrastructure of the 21st century.

Applications for expressions of interest for the drought funding round will close at 3pm AEDT on 11 December 2018. 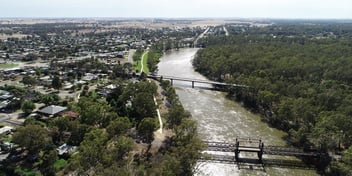