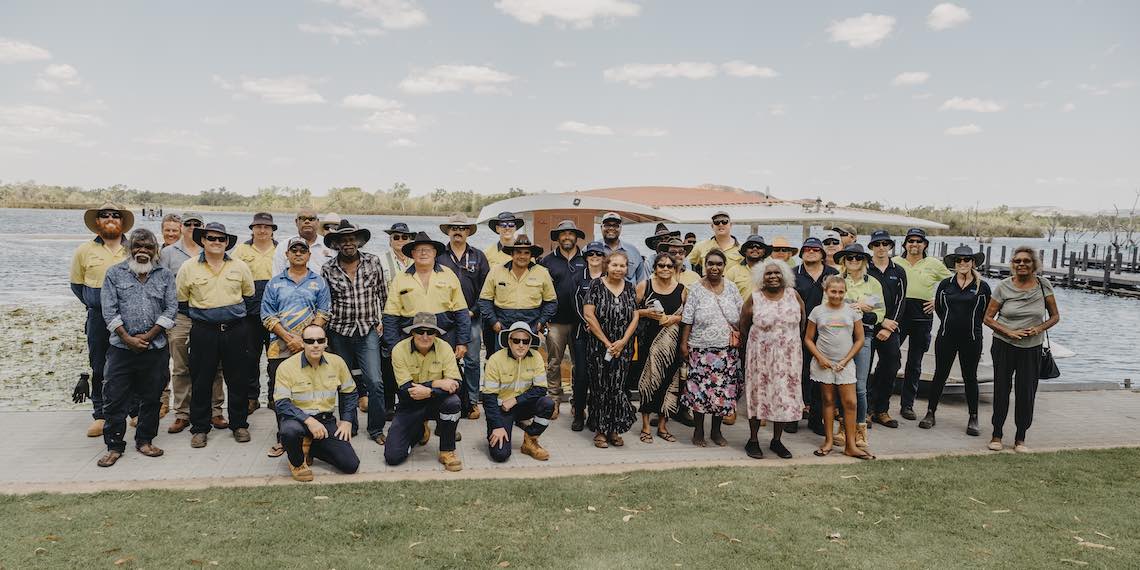 How can the water sector work to ensure proactive Aboriginal and Torres Strait Islander inclusion, engagement and participation?

Community consultation and procurement policies recognise the cultural significance of water, caring for Country, and being able to live on that Country in financial independence.

The burgeoning Aboriginal and Torres Strait Islander business sector, which has been referred to as the "sleeping giant" of Australia, has more to offer the industry than supplier diversity. According to Supply Nation, Indigenous businesses already generate $8.8 billion in revenue annually.

As utilities continue to take strides forward in their reconciliation plans, leading figures in the water sector explain how to seek genuine engagement to meet the challenges of the modern world.

“Our Indigenous essential services agreement includes a focus on water demand management, aimed at increasing the sustainability of water supplies in remote communities, enabling Aboriginal people to live, grow and do business on their Country,” he said.

“A key component of the demand management team’s work is That’s My Water! Bush Schools, a school education program inspiring students in Aboriginal communities to learn about where their water comes from and about Aboriginal peoples’ cultural connection to water,” he said.

“A significant part of the program is a video series hosted by Baker Boy, an Aboriginal role model and 2019 Young Australian of the Year. He encourages students to think about their role in their communities and achievable social actions to look after their water.”

The third pillar of the utility's engagement strategy is to not only help create employment pathways for First Nations people, especially in remote communities, but to guide decision-making towards sustainable water use in communities, allowing people to live and prosper on Country.

“We have increased our weighting on local Indigenous businesses for procurement. We also place a contractual target of 30 per cent of the workforce being Aboriginal and ascertain a supplier’s capacity to comply with that target,” Rayment said.

One thing Rayment and his team have learnt is that good engagement requires investment, which in turn can defer and reduce unnecessary spending on infrastructure.

“It’s also very important to understand that engaging the right people is key, along with engaging meaningfully,” he says.

General Manager of Strategic Performance Matthew Cronin said that while the business is trending in the right direction in terms of meeting targets for engagement with First Nations people, the approach to collaborating with Aboriginal businesses and communities must go far deeper than key performance indicators.

“We recognise that each contract awarded to an Aboriginal-owned business has a ripple effect that helps support lives and livelihoods across Indigenous communities. In 2019-20, we reinforced this commitment with a more than 50 per cent increase in contracts awarded to WA Aboriginal businesses. We also adopted the WA Government’s Aboriginal Procurement Policy and the extension of our Indigenous procurement target to three per cent,” he said.

He noted that a key aim for any water sector procurement process is making it easier for Aboriginal and Torres Strait Islander businesses to engage with utilities to bid for work, which in turn will help drive financial independence for Aboriginal Australians.

“In October 2017, Water Corporation introduced an Aboriginal Supplier Tradeshow, providing Indigenous businesses with a platform to market their services. Within six months of the trade show, eight contracts with Aboriginal suppliers had been signed, with a further 15 under negotiation,” says Cronin.

In terms of community engagement, Cronin believes it is crucial to work collaboratively with Traditional Owners in developing new and existing infrastructure.

“The nature of our work can potentially impact Aboriginal heritage, native title and remote communities. By consulting with Aboriginal and Torres Strait Islander communities early and often, we’re able to better understand each other’s concerns and aspirations and improve our service delivery in new and mutually beneficial ways,” he said.

Geelong-based Barwon Water believes that community consultation needs to be a social project as much as a business venture. Acting General Manager of Strategy, Systems and Environment Kate Sullivan says that a key piece of the utility's reconciliation action plan is to understand the priorities of Traditional Owners and help in their achievements.

“We identified opportunities for social procurement within existing contracts as well as future procurement activities,” she said.

“We are proud to have delivered Indigenous social procurement activities, including an Aboriginal artwork lease with Dreamtime Art, and graphic design services from Little Rocket, an Aboriginal-owned agency based in Melbourne.”

When it comes to best-practice Indigenous procurement, Sullivan emphasised the need for utilities to show a commitment to genuine engagement rather than paying lip service.

“There have been some milestone moments, such as the decision to transfer land near Bostock Reservoir to the Wadawurrung people, as well as a partnership with the Wadawurrung on the land around the Aqueduct in Geelong. It’s a project to create a cultural precinct called Porronggitj Karrong — place of the Brolga.”

Barwon Water is also ensuring that staff at all levels are participating in "Caring for Country" tours, where staff and Traditional Owners share stories and knowledge.

More work to be done

Patrick Maiden, Indigenous Services and Aquatic Ecologist at GHD, explained that there are still many opportunities — and challenges — for the water sector in engaging with First Nations communities.

“While there is a lot of focus on the cultural significance of water bodies and maintaining connection with Country, it’s sometimes overlooked that Indigenous people also access water for contemporary purposes, such as for agriculture and business operations. Indigenous people can advise you not only about their tradition and culture, but also about the modern ways they use water resources,” he said.

Maiden feels that many people underestimate the impact that Indigenous employment can have on a household — and that by extending procurement to Indigenous businesses owners, you give them the opportunity to "pay it forward" and hire other Aboriginal and Torres Strait Islander people.

“The challenge is often changing the mindset, making it okay to try an Indigenous business and balance the value for money considerations with social return,” he said.

“It’s important to be transparent about the risks, provide honest feedback and enable purchasers and suppliers to grow and learn from mistakes. The opportunity is there for the water sector to lead this, because it’s big enough and mature enough. Water is all about providing for the community, and Indigenous engagement and procurement are just an extension of that role.”

“It’s really important to build a relationship that’s based on honesty — one that genuinely provides opportunities for Indigenous professionals and builds capacity within the business, rather than ticking the box or ‘black cladding’, where the Indigenous business is structured to exploit procurement provisions,” he said.

Shelley Tate, Sydney Water’s General Manager of People and Culture, says the utility aims to raise its employment of First Nations Australians from the current 0.8 per cent to two per cent, with an ultimate goal of reaching at least three per cent to reflect Indigenous Australians’ representation in the community.

“Part of our strategy to increase Indigenous employment includes early career programs, as well as creating opportunities for experienced hires. Our work with CareerTrackers is focused on helping Indigenous tertiary students gain work experience while they are studying. We have recently taken on two students in our customer delivery area over the university summer break as part of this program,” she said.

In addition to commissioning First Nations artwork at its Port Kembla plant, and replicas of the art in its Parramatta office, Sydney Water is working on better connecting all staff to Country, such as starting all meetings with an Acknowledgement of Country, and culture, through on-the-job training.

“We conduct toolbox talks with operational crews so people understand what cultural artefacts might be present and to minimise possible harm on cultural sites," Tate said.

"For us, it’s all about taking an integrated approach and building awareness and commitment to reconciliation into our day-to-day work. We are learning from each other and creating a movement of people who do little things that together make a difference every day.”

This article was originally published in the 2021 edition of Current as "Water for all".

Are we doing enough to protect water catchments for the future?

Greg Greene
A webinar held by the AWA Catchment Management Specialist Network last month questioned whether the water industry, as a whole, is… Read Full Paper