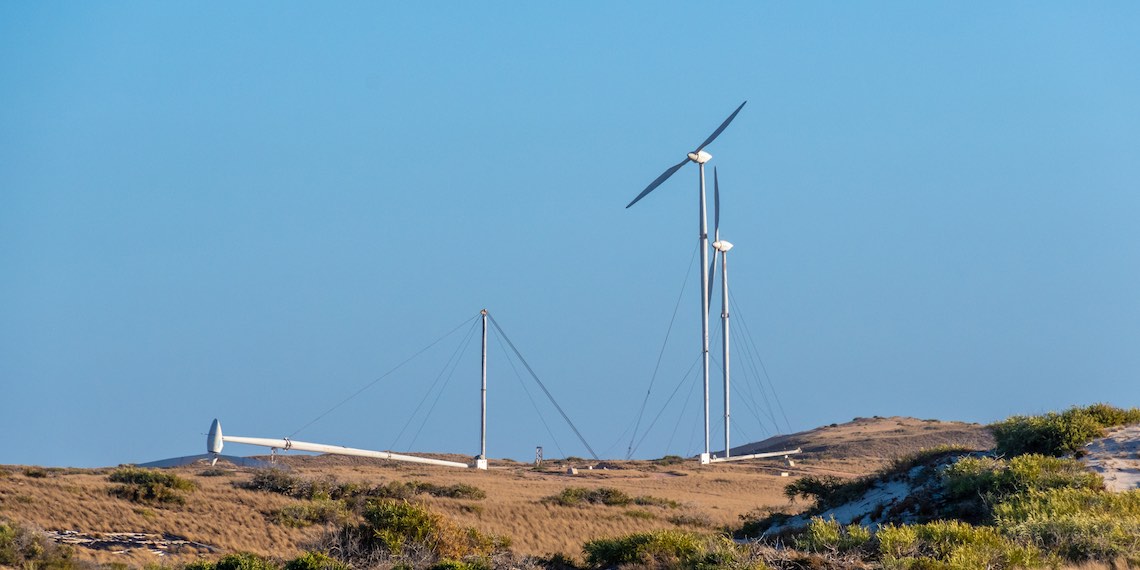 “It’s quite sad that desalination takes the knock for being an energy-hungry industry, when all of our other industries are already chewing through much more energy,” Crisp said.

“But seawater desalination, particularly in an arid country like Australia, is the most environmentally friendly solution to water security, as long as it's supported by renewable energy.

“It doesn't damage the environment, it doesn’t affect the water table and it doesn’t put dams on rivers.

“A lot of people are wondering about renewable desalination, where it’s going and how it’s going to work, particularly in light of the need to switch to carbon-free energy sources.

“The main thing that makes it difficult is that renewable energy sources are intermittent. The biggest challenge in this regard is figuring out ways to go with the flow of renewable energy.”

While moving to carbon-free energy is a challenge for all industries, GHD Water Technical Director Blair Shackleton said that, at least at the moment, renewable energy supplies are naturally intermittent, which poses unique problems for direct connected renewable energy for desalination.

“When you look at renewable energy, there really are two key technologies, globally. There is solar, which clearly only works when the sun shines. There is also wind, which can work at any time of day, but is nevertheless intermittent,” he said.

“If we are using these two power sources directly, we can only operate for some of the time — whenever the renewable energy is being generated. And that may not suit water production requirements.

“If the tank is getting a bit low and demand is high, and it is nighttime and the air is still, you could find yourself in trouble. So relying on intermittent sources introduces a risk to supply security, and supply security is what desalination is all about.”

“Desalination plants are capital intensive. If an expensive desalination plant is only operating during the day, you are paying a 50% redundancy on capital. The plant’s not going to work at night unless you buy energy off the grid,” he said.

While it is technically feasible to run desalination plants intermittently, Shackleton agrees that this route, in most cases, would be far too expensive to maintain.

“We don’t want to invest squillions of dollars into a plant that sits idle for half the time. There is a real financial driver to make sure that these plants run day and night, especially for big desalination plants,” he said.

“It’s not just the desal industry that is beset by this. There are a lot of industries trying to achieve zero carbon. But desalination is particularly important because water security is crucial.”

“But for a 100% renewable energy grid it all comes down to storage. We need to find other means to complement this critical need for storage,” Crisp said.

Most desalination plants in Australia currently buy green energy from the local power supplier, Shackleton said. Although sufficient renewable energy is put into the grid over the year to offset the plant’s consumption, this doesn't mean they are powered with 100% renewables all the time.

“There is currently a balance being struck, in terms of renewable energy requirements. But what if we could secure a continuous supply? Coming up with new ways of producing and storing renewables is probably the most obvious way around this variability issue,” he said.

“But the challenge certainly presents a few opportunities to create synergies between various industries and organisations. This is the circular economy, in effect, where the waste stock from one industry becomes the feedstock of another.”

Shackleton said one clear option for such a synergy is hydrogen: “We need water to produce hydrogen and hydrogen is essentially a battery — it could be a match made in heaven”.

Crisp said that while hydrogen will likely become part of Australia’s renewable energy mix, there are still a lot of barriers.

“In theory, hydrogen is great. But it is complex to produce renewably, and very difficult to transport. There will be a future for hydrogen, but achieving this will be harder than a lot of people think. It’s going to use a lot of water,” he said.

“Pumped storage is an attractive avenue because it can provide an instant supply of energy. But setting this up might be an issue for somewhere like Perth, which doesn’t have a lot of elevated terrain nearby,” he said.

“Waste-to-energy plants are a good option, too. There are a couple of these being built around Perth at the moment. And this is an excellent source of low-carbon energy, as waste can be incinerated day and night.

“Another potential route is concentrating solar power. We can use heliostats, big mirrors, that reflect the sunlight on to a tower, heating it to 900-plus degrees Celsius, melting salt at 650 degrees Celsius, producing molten salt-derived energy. There are examples of this now in Spain, Morocco, USA, Chile and the Middle East.”

While finding ways to mitigate intermittent renewable energy supplies with various production and storage options will be key to bolstering the desalination market, Shackleton said it’s also important that broader net zero considerations are met, too.

“This is where achieving net zero gets really complex. Desalination is currently looking at the direct energy input, and if that’s green, that’s great. But this is the low-hanging fruit; there are other carbon emissions involved that might be harder to tackle.

“What about all the materials involved in construction, have they been produced renewably? What are utilities doing about non-direct carbon embedded in their systems? Are our RO membranes recyclable?

“These are the things we are looking at in regard to the next round of desalination plants. Our next generation of plants are going to have to do better, and look beyond the easiest carbon reductions.” 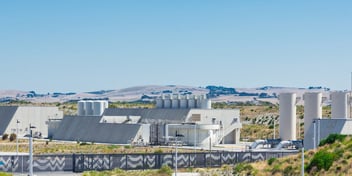 Unpacking the rise (and risks) of desalination

Cecilia Harris
Despite its unsteady emergence into the global market, desalination is on the rise. It is becoming an increasingly competitive… Read Full Paper