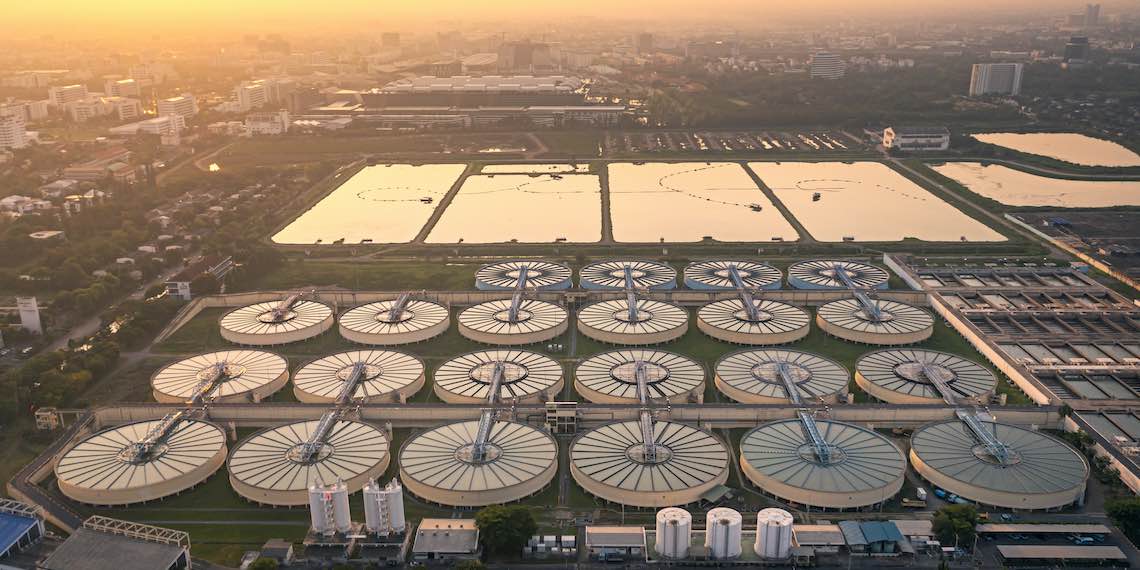 Water recycling holds enormous promise in ensuring Australia’s sustainable water security, but a few key elements are holding it back from reaching its potential.

This includes a lack of national consistency, regulatory gaps, and minimal funding to support the vital but ongoing development of up-to-date validation and regulatory frameworks.

Despite this, the recycled water community, led by Water Research Australia (WaterRA), has been working to push the development of recycled water validation protocols and their uniform adoption across the country.

In 2009, the Australian Water Recycling Centre of Excellence (AWRCoE) was established, and one of its flagship projects was to develop a nationally consistent validation framework, in response to the identified need for a streamlined approach for the validation of treatment technologies during the Millennium Drought.

The validation framework — WaterVal — was transferred to Water Secure Innovations Limited when the AWRCoE concluded in 2016 and, subsequently, to WaterRA in 2018.

Sheehan said that as the community moves forward, particularly in light of predictions around climate change and the expected impacts in Australia, it’s crucial to ensure fit-for-purpose and robust water recycling is supported and enabled across the country.

“A previous manager of mine made the point that water tends to be either an A issue or a Z issue. When there’s a drought, it’s an A issue, and when there’s rain, it’s a Z issue,” he said.

“At the moment, since we are in a generally wet part of the climate cycle, it’s probably towards the Z end of things. There isn't a huge driver for water recycling right now, but with an overall drying climate, it won’t take much to make water an A issue again.

“As many people are well aware, constitutionally, water governance sits with the states and territories. There are a few exceptions, but the Commonwealth typically acts as the coordinating body for the production of national guidance documents.

“The Productivity Commission’s recent report on National Water Reform highlighted the need for improved national coordination across a number of water-related issues, including on water recycling, and this would help inform the direction of state-based policy.”

Sheehan said Australia’s recycled water journey largely began during the Millennium Drought, which brought home the realisation that water in Australia is a finite resource.

“In order to support the introduction of these recycled water schemes, national guidelines documents were produced — the Phase 1 and Phase 2 Australian Guidelines for Water Recycling (AGWR).

“Just like Australian Drinking Water Guidelines (ADWG), the states and territories could adapt the AGWR to their specific regulatory frameworks, which may then result in inconsistent national implementation.”

“If you define microbial health-based targets, that sets up the need to define pathogen log reduction values (LRV), depending on the end use,” he said.

“And if you are going to have defined LRVs, you need to have a validation process to demonstrate that the LRVs are being achieved through that treatment train.”

With each state and territory applying slightly different sets of these guidelines and associated regulatory frameworks, Sheehan said, technology providers and recycled water scheme proponents have encountered some challenges.

“If you are looking at it from the perspective of either a technology provider or scheme proponent, this can lead to a certain level of inefficiency, where providers or proponents may need to have the same technology validated multiple times, depending on the validation requirements of each state or territory,” he said.

Since the WaterVal IP was handed over to WaterRA in 2018, the collaborative research body has been working on getting the framework up and running, and planning next steps for implementation, Frizenschaf said.

“As the custodians of WaterVal, WaterRA is collaborating with stakeholders to realise the benefits of the investment that has come before us to date, and also explore the most suitable resources needed to progress WaterVal from here on out,” she said.

“Since 2018, WaterRA has used workshops with water community members and surveys — in 2020 — to design the most suitable approach to implement WaterVal successfully.”

Frizenschaf said that the strong message from the community interest workshops was that there was indeed a clear need for working towards a consistent approach between jurisdictions across Australia.

“We need water validation processes for all water sources, including drinking water, recycled water, stormwater, groundwater to protect public health and the environment,” she said.

“The need for an independent, nationally consistent approach to endorse technologies and processes remains. If established, it can provide certainty to technology suppliers and users alike.

“It would also create a mechanism for the recognition of international validation or technology certification programs. Some countries have already developed protocols; we don’t want to reinvent the wheel but make them relevant for the Australian context.”

Frizenschaf said there was also an ongoing maintenance requirement of WaterVal, as validation processes need to be updated, access to training and competency programs be provided and ongoing research opportunities identified to help fill knowledge gaps.

In light of the challenges and opportunities identified by the community interest group, Frizenschaf said a new approach to WaterVal has been developed by WaterRA Research Manager Dr Martin Hancock, which has translated a very complex framework into a simplified approach.

“This new approach has now been endorsed through a series of recent workshops with regulators and industry members,” she said.

“It’s a simplified scheme. It still has most of the components of the original scheme embedded. A WaterVal administrator is now proposed to coordinate key functions of the scheme. The role of the administrator would be to coordinate the development of protocols and research with a rule-setting group, manage the proposed website and resources, provide training, instigate new research and identify new protocols to be developed.

“Independent assessors and consultants would be able to undertake testing and validation tasks according to the available protocols.

Frizenschaf said the simplified scheme is still at arm’s length from the national framework, allowing the states to apply some of these protocols as they wish.

“Any standard protocols that have been developed under WaterVal will have oversight from the WaterVal administrator,” she said.

The administrator would be funded by stakeholders in the first instance, Frizenschaf said.

“Funding a WaterVal administrator will get the program re-invigorated. We can run it as a one-year pilot project under this new, simplified framework and apply the learnings from it to refine the scheme for the longer term and secure ongoing funding,” she said.

“We would need to see what does and doesn't work and reflect on how the scheme needs to be modified to be of value for all.  We will then be able to develop the framework fully, to drive the new protocol development and assist utilities and regulators in a more streamlined fashion.”

Furthermore, Frizenschaf said implementing the simplified scheme would require some trial and error, but this work is needed as Australia continues on the pathway towards greater use of recycled water.

“An implementation scheme with no resourcing is a hollow proposition. By taking a very simple first step by co-funding a WaterVal administrator, we can get the ball rolling and start to implement some things while we continue to develop protocols,” she said.

Opinion: Now is the time to focus on long-term water security solutions

Bob Tilbury
Floods, bushfires, drought and a pandemic are all on the agenda in Australia and across the globe. It seems the world we live in… Read Full Paper

Cecilia Harris
The theme of this year’s National Water Week is ‘Reimagining our water future’, and one judge of the 2020 Australian Stockholm… Read Full Paper
Advertising