New Zealand’s (NZ) Havelock North campylobacter outbreak in 2016, in which four people died and 5000 fell ill, prompted an inquiry into the country’s water regulation and supply. Now, the government has approved the creation of a new watchdog to ensure safe drinking water across the country.

The independent regulator will have a range of functions, including: setting standards; compliance, monitoring and enforcement; capability building; advice and education; and performance reporting.

New regulation has also been proposed to move drinking water provisions out of the Health Act and into a standalone Water Services Bill.

It follows the Government’s Havelock North enquiry and the ongoing Three Waters review, which is looking at regulation of drinking water, wastewater and stormwater across the country.

About 34,000 New Zealanders become ill from their drinking water each year, while thousands more need to boil their water before it’s safe to consume.

“Wherever they live, consumers and communities expect to be able to turn on the tap and drink the water without fear of getting ill,” Clark said.

“Immediately following the Havelock North Inquiry Stage 2 Report, we began implementing its recommendations to increase public safety, while the Three Waters review worked through the longer-term program of reform options.

“In line with one of the Inquiry’s key recommendations, Cabinet has now agreed to establish a dedicated water regulator who will ensure New Zealanders can have confidence that their drinking water is demonstrably safe.”

The industry association has been calling for change for some time, and Pfahlert said creating a stand-alone Water Services Bill would ensure a greater focus on drinking water safety.

“It also means that there will be a stronger, centralised approach to compliance, monitoring and enforcement,” he said.

“The proposed new regulator will be responsible for ensuring that all drinking water suppliers are able to provide safe drinking water, including small suppliers and those who are currently struggling.”

The NZ water sector includes small water providers such as schools and marae (Māori meeting grounds), which Pfhalert said should be brought into the regulatory system.

In a statement, the Government acknowledged that the costs associated with upgrading infrastructure to meet new drinking water standards could be unaffordable for these suppliers. It said the Three Waters Review would provide advice on options to address this towards the end of the year.

“These suppliers have been overlooked for too long and this has meant that many people have been at risk of drinking contaminated water,” Pfhalert said.

“It is likely that small suppliers will need some financial support to bring their water supplies up to a standard, and I would support any move by the Government to provide assistance.”

Along with overhauling drinking water, the Government said the new regulation would also help clean up NZ’s wastewater and stormwater systems.

Regional councils will remain the primary regulators for the environment, but there will be more Central Government stewardship of wastewater and stormwater.

It is still unclear whether regulation of all three waters will sit with a single regulator or separate entities, but local government minister Nanaia Mahuta said the new Water Services Bill would provide more coherence across the sector.

“For too long, oversight of water has been split between a number of agencies and legislation, and as a result, responsibility has been fractured and ineffective,” Mahuta said.

“That’s not giving people the solutions they need to trust their water supplies … The new regulator and regulations will ensure coherent, safe drinking water supplies with additional oversight of wastewater and stormwater services.”

The Government hopes to introduce its Water Services Bill before the end of the year, for enactment in mid-2020. It said the regulatory reforms will be phased in to give water providers time to adjust to the new standards. 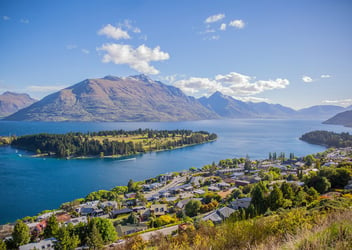 Three Waters reform in New Zealand - The end of the beginning

Simon Taylor
The outbreak of gastroenteritis in Havelock North resulted in some 5,500 of the town’s 14,000 residents suffering… Read Full Paper
Advertising