New Zealand’s 2016 Havelock North Campylobacter outbreak, in which four people died and thousands fell ill, was a catalyst for reform in the country. But could a similar event happen in Australia?

“If the Australian Drinking Water Guidelines (ADWG) were being implemented as they were written, that should prevent issues,” he said.

“But we have plenty of supplies across Australia, even in states where drinking water is regulated according to the ADWG, where we fall down.”

This includes a failure to implement one of the ADWG’s guiding principles: “The drinking water system must have, and continuously maintain, robust multiple barriers appropriate to the level of potential contamination facing the raw water supply”.

Lawrence said there are supplies where a clearly apparent Cryptosporidium risk, for example, is managed by a single barrier, particularly at smaller, older treatment plants.

“While there are differences between NZ and Australia, some of the fundamental issues that led to Havelock North – such as not fully considering the catchment risks and not having appropriate barriers in place – still apply,” he said.

“The recent disease outbreak associated with the drinking water supply at Tangalooma Island resort has unfortunately confirmed our worst fears. While we do not know the full details of that incident, the fact it has occurred should ring alarm bells.”

“The idea is that by learning about what happened at Havelock North, we don’t make the same mistakes in Australia with the same devastating outcome,” Lawrence said.

Foote and Hutchins will also talk about their organisations’ experiences having inherited unsafe drinking water systems and the actions that were required to either upgrade or shut these down.

This includes TasWater’s Regional Towns Water Supply Program, which resulted in the removal of public health alerts for 15 towns across Tasmania in 2018. This is despite some schemes supplying relatively few customers.

“Some schemes were not economically viable for TasWater to invest in, but they made the decision that it was not acceptable to be providing water that was not at a safe standard,” Lawrence said.

“I think if all other providers assessed their schemes to the same level as TasWater and Seqwater, they would find that there was an urgent need to upgrade their treatment.”

Join the Havelock North panel discussion at QWater’19, held in Brisbane from 20-21 November, via the live stream. To learn more and to register, click here. 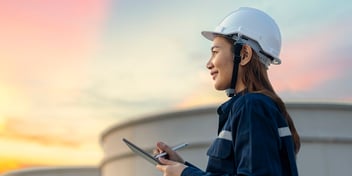 Jonathan Bradley
It was 20 December 2019, and in the middle of New Zealand’s capital city of Wellington, a gigantic hole had just opened up in a… Read Full Paper