Water New Zealand’s chief has called for a $20 million government subsidy to assist councils with the cost of water treatment following the contamination of drinking water in Havelock North.

A campylobacter outbreak has caused gastrointestinal illness in 509 people – some of whom required hospitalisation – following consumption of water from what was previously considered a safe, though untreated, groundwater supply.

Water New Zealand Chief Executive John Pfahlert said the reticulation of untreated groundwater is common in many small New Zealand towns, but a reintroduction of the now-expired drinking water assistance program is in order.

“Many local authorities have very pure water sourced from underground aquifers and have weighed up the level of risk and found it to be acceptable,” Pfahlert said.

“The point we have made is that while the probability of infection, bacterial or otherwise, is low, the consequences are high.”

“When [government] instituted the new Drinking Water Standards, they also introduced a subsidy scheme of $10 million a year to assist communities with fewer than 5000 people to fund the construction of water treatment plants,” he said.

“We have called on the government to reinstitute a subsidy scheme of at least $20 million a year with no sunset clause, because all the first scheme really did was identify how big the problem was.

“When it expired in 2015, there were still dozens of communities that would have submitted a bid if there had been money available. It was always grossly oversubscribed.”

While the inquiry may result in a reassessment of New Zealand’s Drinking Water Standards and legislation, Pfahlert said it is not feasible for small communities to establish treatment facilities.

“Clearly one of the topics that will be on the table is whether there be some form of mandatory requirement to treat water before it is reticulated to the public,” he said.

“If the government is going to review the Drinking Water Standards yet again and, as a result of this debacle, change requirements for treatment, then the government should stand in the marketplace and assist small communities to achieve those standards.

“Many of these small communities are simply unable to afford treatment plants. As soon as you start introducing sophisticated forms of treatment, you then have to have people employed who know how to operate it.”

“We went last week with two viable options for them. One was to treat the bores where the contamination has come from. There was a degree of uncertainty about the level of treatment that would be required, but we didn’t recommend relying solely on UV,” Cunis said.

“The other option was to bring in water from Hastings. We offered to deploy our UV units and chlorination, and put water into Havelock North that had been thoroughly disinfected and would be meeting drinking water standards.

“My understanding is that they are currently chlorinating the Hastings supply and they are in the process of trying to get the boiled water notice removed.”

Cunis said Watercare is currently on standby while the Hastings District Council decides on the best option moving forward, with uncertainty following the announcement of an investigation into the Brookvale Bores by Hawke’s Bay Regional Council.

“There has been a lot of stuff going since the investigation has been announced. It seems to be a situation that is continually changing,” he said.

“We have offered to assist. They have accepted our help, and they are now just reevaluating their strategy going forward, but we are looking to assisting them in any way they need us to.”

Ruth Cooper
Interacting with water professionals from around the world can provide a new perspective on your own work, as the Australian Water… Read Full Paper

Water Source
The Federal Government has announced new funding for research into PFAS treatment and remediation, as contamination continues to… Read Full Paper 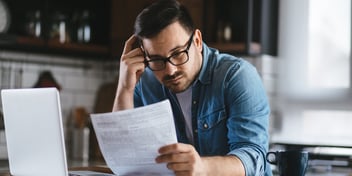 Cecilia Harris
With the cost of living on the rise, the water community has a pivotal role to play in ensuring affordable essential water services. Read Full Paper
Advertising