Enough to make you sick: study finds link between drought and gastro

As if the impact of drought on the environment wasn’t bad enough, a new study has found the current ‘big dry’ in parts of the country could also be making us sick.

Researchers from the Australian National University studied reported cases of the gastro bug, cryptosporidiosis, between 2001 and 2012. They found incidences of gastro rose significantly in parts of Queensland and the Australian Capital Territory (ACT) along the Murray-Darling Basin during the Millennium Drought.

However, when the drought ended the risk of gastro dropped by about 57% in Queensland and 84% in the ACT.

Cryptosporidiosis is transmitted to humans via contaminated water and food, as well as contact with infected animals and people.

In their paper, published in the Journal of Water and Health, the researchers said droughts reduce river volumes and flows, which could increase the concentration of pathogens in water.

They said treatments to deliver safe drinking water need to be location- and season-specific, and that human illness reduction should be incorporated into water quality assessments.

“For example, water quality is likely to show a strong response to rainfall in catchments with recent land cover change,” they wrote.

“In such areas, environmental and public health measures such as source protection and water treatment processes may need to be ramped up in preparation for rainfall extremes.”

“Over the coming century, we can expect extended dry periods across the globe. We are already seeing another big drought underway in New South Wales,” Lal said.

“It’s a big problem and we need policymakers in climate change, water and health to work together to address it.”

Is DNA sequencing the secret to achieving the best water quality? 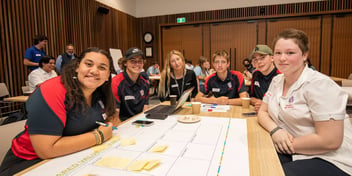