Calling all citizen scientists! The Federal Government has recently announced $4.4 million worth of grants to boost community engagement in large-scale scientific projects, including water management.

“[The grants] will mobilise a league of enthusiastic ‘citizen scientists’ to assist Australia’s leading universities and scientific organisations in their research,” Sinodinos said.

One project to receive funding is CSIRO’s Eye on Water project, which asks individuals to contribute information about the ecological health of waterways using the Eye on Water app.

“These citizens will generate a large pool of valid data for calibration of satellite information, and provide a synoptic overview of river, lake and coastal water quality for natural resource management in Australia,” the project description stated.

The Royal Melbourne Institute of Technology (RMIT) will also receive funding to engage volunteers, community groups and students with collecting water samples to determine the effects of sunscreens on marine health and ecology.

This data set and inputs from participants involved will contribute to a policy document that will be distributed to various stakeholders, including federal authorities.

Other projects include: another initiative from RMIT to engage local councils to mitigate urban heat islands and local climate change; Macquarie University's efforts to measure biodiversity in remote Aboriginal communities; and the ClimateWatch project from the Earthwatch Institute, which will collate local, regional and national data on biological response to climate change.

“By harnessing people power and technologies like smartphone apps and the internet, these studies will have a greater impact than a small team of scientists can achieve on their own,” Sinodinos said.

“It also gives communities greater buy-in and access to the information generated, helping them to be more informed on these issues and aware of the value of science to our lives.”

You can view a full list of the citizen science projects here.

Water Source
From cigarette butts to plastic bottles, 95% of the litter that ends up in Melbourne’s Port Phillip Bay travels there from suburban… Read Full Paper 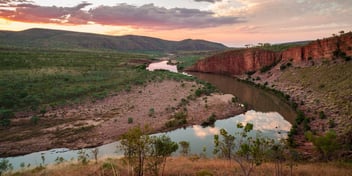 Cecilia Harris
Groundwater is an important resource across northern Australia and, with vast distances to contend with, not a lot is known about… Read Full Paper
Advertising