“Now energized and ready to capture the spring sun rays, the 1766 kilowatt hours of solar energy generated by these panels is roughly the equivalent of powering 290 South Aussie houses each year,” Murphy said.

“The added benefit of this particular site is the on-site battery storage, which will allow us to capture and use solar energy as required, and better manage the volatile and often-fluctuating prices of the energy market.”

The on-site battery storage also allows SA Water to sell any excess power that the panels generate back to the market for other users, adding another revenue stream to help keep costs down, Murphy said.

“With an annual carbon emissions reduction of around 760 tonnes from this site alone, we know this array will be a key part in our proactive efforts in taking action towards addressing climate change while simultaneously reducing operational costs,” she said.

SA Water’s ‘zero cost energy future initiative’ will generate around 242 gigawatt hours of solar energy, along with 34 megawatt hours of battery storage, and is one of the biggest renewable energy projects in the Australian water sector.

“When you consider our operating energy expenses reached $86 million in the 2019-20 financial year, we’re excited to finalise the connection of all our 30-plus locations to the national grid ahead of the warmer months ahead, where the real benefits of solar power come to the front,” Murphy said.

“This initiative was designed by our people, and shows South Australians leading the way with the smarts and skills to integrate renewable energy across existing plants, pump stations and other land holdings.”

In addition to the Adelaide Hills projects, SA Water’s Myponga Depot on the Fleurieu Peninsula now houses more than 2000 solar panels, too, with the large-scale solar array combined with around 352 kilowatt hours of on-site battery storage.

“By making use of our Myponga Depot site to house these new ground-mounted panels, it provides us with the capability to self-generate our own power needs and reduces our reliance on the often unpredictable electricity grid,” Murphy said.

“This particular solar site can generate around 1200 megawatt hours per year, which is roughly the equivalent generation needed to power more than 200 average South Australian homes.

“The carbon emissions savings are also immense, with an emissions reduction estimated to reach a whopping 532 tonnes every year of operation.” 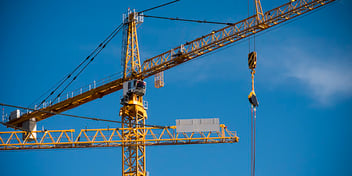