While Australian jurisdictions have made progress in meeting the objectives of the National Water Initiative (NWI), the Productivity Commission’s recent inquiry reflects a need for continued progress, particularly in regard to renewing policy in line with future water challenges.

The National Water Reform 2020 report was released on 2 September, summarising the results of the Productivity Commission’s NWI inquiry commissioned by the Australian Government.

The Productivity Commission provided an assessment of federal, state and territory governments' progress towards achieving the objectives of the NWI since 2017, and has provided advice on future national water reform directions.

“Significant progress has been made against the objectives and outcomes of the NWI over the 17 years since the agreement took effect, with sizeable benefits to Australian communities.

“However, since the agreement was struck, severe droughts and extreme events have exposed vulnerabilities in water resource management and service provision.

“Modernisation of the NWI could draw on the lessons from this history to address the vulnerabilities, embed best practice and harness the value of new knowledge.”

Many of the recommendations — including a renewed focus on engagement with Indigenous communities, reforms for urban and rural water, as well as national regulatory frameworks — reflect AWA’s submission to the Productivity Commission’s inquiry, which was developed via consultation online workshops with AWA members in 2020.

“AWA welcomes the Productivity Commission report and its overall recommendation that more reform is required in the sector,” said Corinne Cheeseman, CEO of the Australian Water Association.”

“In particular, it’s excellent to see the issues that AWA members highlighted as important to them, such as considering the needs and knowledge of Indigenous Australians, the need for renewal in urban and rural water services, and the importance of national regulation, are reflected in the report.”

“This report offers a positive step in reforming our national water management to reflect modern challenges.”

A case for continued progress

Established in 2004, many of the commitments made by states and territories under the NWI have been achieved, according to the Productivity Commission’s assessment.

“Progress in national water reform has considerably improved how Australia’s water resources are allocated, developed and supplied, and has delivered large benefits to the community,” the report says.

Despite this progress, the Productivity Commission’s assessment highlights a continued need for adaptation and renewal of the NWI.

“National water reform has served Australia well. However, further reform should not be ‘set and forget’,” the report says.

“It needs to be adaptive — reflecting lessons learnt from implementation, changing as the broader policy context changes and proactively shifting to deal with anticipated future challenges.”

Two points of particular importance are the need to create more robust systems in the face of climate change, and to more effectively engage with Aboriginal and Torres Strait Islander communities in terms of water use, management and provision arrangements.

Although all jurisdictions have sought to improve engagement with communities and Aboriginal and Torres Strait Islander people, there is still a need for renewed effort.

“Progress in this area has been slow, and concerns have been expressed about the adequacy and effectiveness of some engagement efforts, particularly within the NSW part of the Murray–Darling Basin,” the report states.

The report includes a raft of recommendations from the Productivity Commission following the NWI inquiry, with many recommendations aligning with AWA’s submission on behalf of its members.

The report has recommended a renewed focus on creating a national approach to water reform, with states and territories working together to deal with water challenges effectively.

“All governments need to collaborate to address major national challenges. In the case of water reform, the benefits of a national approach are demonstrable,” the report states.

“Identification of key national priorities and a long-term policy agenda would help to depoliticise sensitive issues and create greater certainty for water users.”

AWA members identified the need for such a national focus, calling on Australia’s jurisdictions to work together to deliver better outcomes for their constituents as well as the national economy.

Since the NWI was established in 2004: “Aboriginal and Torres Strait Islander people have articulated their aspirations for access to water for unconstrained use (that is, for both cultural and economic purposes),” the report says.

“When the National Water Initiative was agreed in 2004, parties committed to consultation with Traditional Owners in water planning (wherever possible) and inclusion of social, spiritual and customary objectives (or cultural values) in water plans.

“But progress against these commitments has been slow and objectives have not been fully achieved.”

The report says that the focus on Traditional Owners’ interests in water should be elevated in a renewed NWI through a dedicated objective and new element, and inclusion of Aboriginal and Torres Strait Islander people’s interests in the overarching goal.

“There has been no material increase in water allocation for Indigenous Peoples and their engagement in water planning over the past decade. All surface water and groundwater plans need to address environmental flows and cultural entitlements within their allocations,” AWA’s submission said.

“Given the demands on water in Australia, water users and the broader community need to be able to trust in water resource management,” the report states.

“The National Water Initiative recognised this through a water accounting element ... recent events show that these frameworks have not been enough to safeguard the integrity of water resource management.”

The Productivity Commission recommends renewing the NWI to ensure that metering and measurement requirements are fit-for-purpose in supporting water accounting, and compliance and enforcement efforts.

AWA members identified that management and accounting of groundwater and surface water resources are not well detailed within individual jurisdiction frameworks, and called for a system that allows for proper accounting of return flows and transfer of water volumes between different sources.

The report says that although reforms have bolstered water resource management in regional Australia, recent droughts and the risks posed by climate change “have created significant challenges for irrigators and other rural water users and their water-dependent communities”.

The Productivity Commission recommends locking in rural water resource management policies that have worked in the past, while also allowing for further adaptations to help regional water users adapt and become more resilient in the face of a changing climate.

“Inclusion of guiding principles in a renewed National Water Initiative would clarify how governments can respond to any significant community adjustment pressures resulting from policy-induced reductions in water availability,” the report states.

The report says that while “good progress has been made towards improving urban water service outcomes ... there are shortcomings in pricing and the application of economic regulation, and there is a strong case for NWI renewal to help address emerging challenges”.

“This would help the sector adjust and avoid imposing unnecessary costs on customers.”

AWA’s submission to the Productivity Commission stressed the importance of greater investment in urban water supply system resilience, including a need to consider all options available for increasing water security and reducing costs to customers.

To review the Productivity Commissions findings and recommendations for the NWI including directives for reform in governance, environmental management, government investment and capacity building, the final report into National Water Reform 2020 is available here.

Take a closer look at AWA’s submission to the Productivity Commission here.

Australia ready for next phase in urban water reform 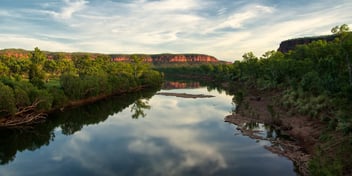