Australian water infrastructure has come in for a financial boost, with the latest Federal Budget announcing $2 billion in concessional loan funding over a 10 year period.

The funding, issued under a National Water Infrastructure Loan Facility, will be provided to state governments to bolster major water infrastructure projects.

The Australian Water Association CEO Jonathan McKeown said the Association welcomes the announcement as the facility will stimulate public-private partnerships.

“Water is our most precious resource and a key economic driver,” McKeown said.

“These measures will bring benefits to the water sector and the Australian economy as a whole. The Australian Water Association welcomes the water infrastructure funding, particularly as it encourages more public and private sector partnerships.”

Loan recipients will be able to make interest-only repayments for the first five years of the loan, with another 10 years to pay out principal and remaining interest.

McKeown said the announcement is in line with the Association’s lobbying efforts last year, which outlined the need for a national water fund that encouraged private-sector participation.

“The announcement also shows a strong connection with what the Association called for in October 2015 at the National Water Policy Summit, where we recommended a national water fund to incentivise the delivery of a National Water Vision focused on customer needs that delivers water quality, water security, cost-reflective water pricing, and a competition framework to increase competition and support private sector involvement,” he said.

“The Association also welcomes the government’s call for the water projects to be both financially and environmentally sustainable.”

“The water sector is crucial to the productivity and liveability of our cities and regions. Our industry is faced with growing cost of service delivery, challenges with insufficient scale and declining asset condition which is evident particularly in regional areas,” Lautre said.

“While the criteria has not been released, it’s positive to see the Government acknowledges the role the private sector can play in supporting investment in major water infrastructure projects alongside State and Territory governments.”

The budget also outlined the Federal Government’s intention to provide an additional $9.5 million during 2016-17 for the National Water Infrastructure Development Fund – the provision for feasibility studies into water infrastructure projects in northern Australia. 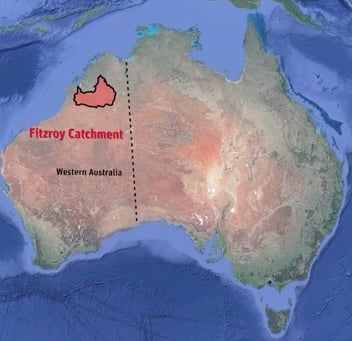 Cecilia Harris
The Australian water sector will receive a raft of new investments from the Federal Government, with the 2020-21 Budget focusing on… Read Full Paper

What can the water sector expect from the Morrison Government?

Water Source
As he prepares to depart the Australian Water Association (AWA), Jonathan McKeown reflects on his time as CEO – and the changes he… Read Full Paper
Advertising