What the Uluru Statement of the Heart might mean for water 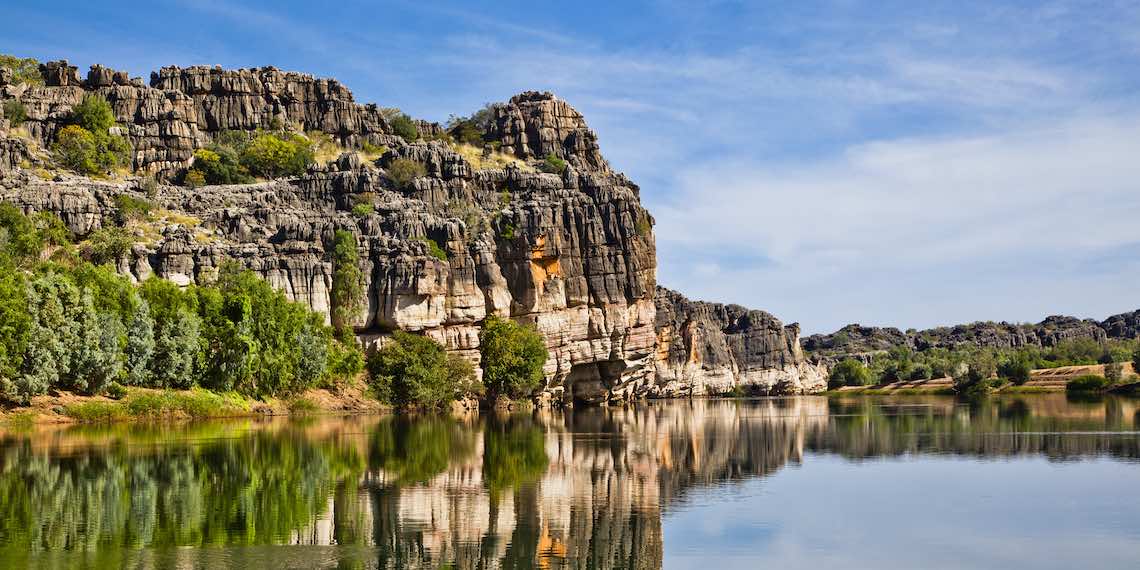 For Dr Anne Poelina, water justice is intrinsic to a future where Indigenous and non-Indigenous Australians move forward in a spirit of goodwill and healing.

So she sees the election of new Prime Minister Anthony Albanese’s Labor government as an opportunity for good government and true accountability.

Upon his election, Albanese wasted no time in committing his government to taking action on the Uluru Statement from the Heart, the 2017 missive urging constitutional change to incorporate a First Nations voice in Parliament and a Makarrata process for truth-telling.

"We will, of course, be advancing the need to have constitutional recognition of First Nations people, including a Voice to Parliament that is enshrined in that constitution," Albanese said, standing in front of the Australian, Aboriginal, and Torres Strait Islander flags.

Speaking from Djugun–Yawuru Country in Western Australia, Poelina, who is Chair of the Martuwarra Fitzroy River Council, said that Albanese had made a “big, bold commitment in regards to the Uluru Statement”.

“One of the things leaders like myself are saying is that we've reached out in a spirit of collaboration, reconciliation and healing to our fellow Australians. Our prime minister has made the commitment to do that,” she said.

“But it's very, very difficult to have peace when we're continually confronted by invasive unjust development, particularly in pristine catchment areas where water is so precious in a time of climate chaos and climate uncertainty.”

Poelina said that water justice required recognising that Indigenous peoples’ interest in water should be represented as a genuine property right.

“Then we will see justice and equity — not just for Indigenous people, but for the environment and our fellow Australians.”

She highlighted that Indigenous peoples’ water expertise derived from their being the first water industry in this nation.

“We have been looking after these living water systems from the beginning of time,” she said.

“We are the first scientists, archaeologists, engineers, so it would seem that, given that we've managed these systems — which look like dating back 65,000 years — there's a real serious need to look at the wisdom of Indigenous people in terms of being true water leaders.”

Poelina said she wanted to see the Federal Government deal with states and territories, which often have authority over water allocations, to ensure that distribution and access was fair.

“What we're saying as indigenous Australians, is that we don't separate land, water and people, yet government policy laws do do that,” she said.

“One of the key strategies to overcoming Indigenous disadvantage to  Closing the Gap is offering Aboriginal people an allocation of water to transition into an economic position. This is framed as a Strategic Aboriginal Water Reserve to use water in water trading [and] water markets. What governments fail to tell us is that we will require in most situations to apply for a water license, requiring considerable investment for a business plan, along with the extensive scientific, environmental and cultural evidence to demonstrate impacts and or benefits.

"If there is a spirit of political good will towards water, procedural and distributive justice, then Aboriginal people must have the ability to challenge water licenses and or allocations which impact on our native title rights and interests. So water is very much on the agenda in terms of Closing the Gap.”

Ensuring justice in the north

Poelina hoped water regulators would learn from some of the failures of management of water rights in the Murray–Darling Basin, particularly when it came to managing access to Western Australia’s Martuwarra Fitzroy River.

“They're coming with the story that they're going to make the north the next food bowl, when really what I believe — and what many other leaders in Northern Australia believe — is they're coming for the water. Because in Western Australia, water is free,” she said.

“What we're saying is that we really need governments to slow down. The big question is: we can make these commitments at a federal level, but how do they intersect with state and territory law to ensure we have equity for all and not just for multinational companies?”

That extra time would help ensure governments considered important factors such as climate science and regional concerns that Poelina said were currently not being taken into account and risked being overtaken by potential mining and fracking projects.

“It needs to be at a catchment scale,” she said. “We need a regional way to come together to have informed-consent decision making. Put these projects up, put them up to the rigour of very good science, look at it and see what is the cost benefit, but what is the cost burden?

“At the moment there is uncertainty because there is no dialogue, no conversation happening at the regional level — particularly around the Fitzroy River.”

Poelina said Indigenous voices had been missing from these conversations about water.

“This is about how do we get good governance? How do we have true accountability, and how do we bring the people with us, and how do we take the decision-making back to the regions?” she said.

“Our voices need to be at the table, because not only are our voices necessary, but we're standing for the protection of other fellow Australians in some of these developments. It can't be business as usual.”

Cecilia Harris
While the food and beverage industry is a water intensive sector, until recent years, reuse initiatives have been slow to be… Read Full Paper