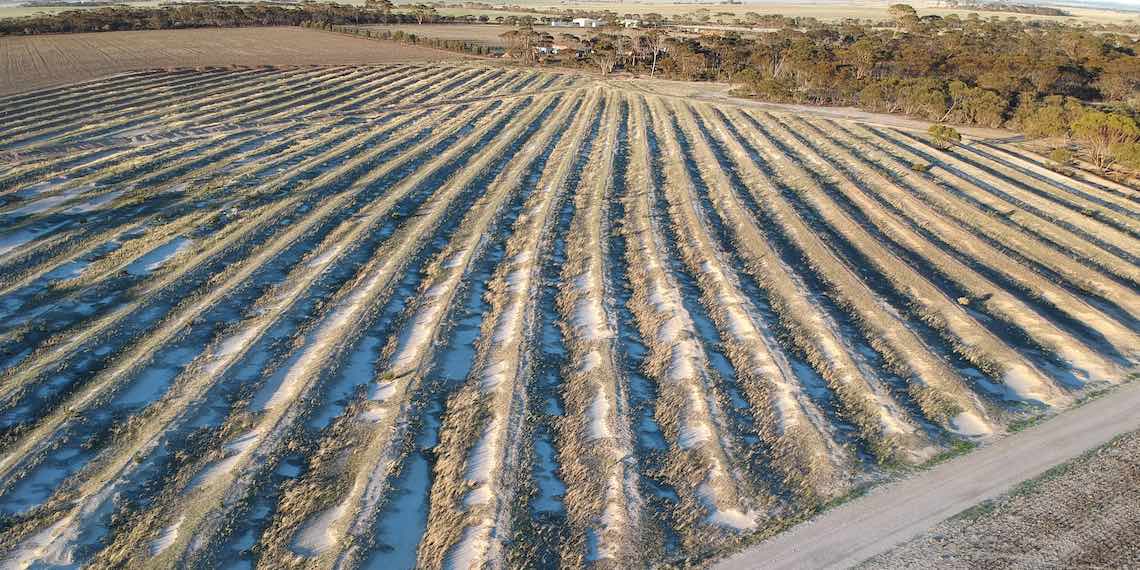 Constructed in 1914, Lake Grace’s James Dam, in Western Australia’s eastern Wheatbelt, has been listed on the Register of Heritage Places as the first experimental roaded catchment dam in the state.

Featuring a square dam with a concrete inlet chute and a "wave-like" roaded catchment, the dam was initially constructed as part of the Western Australian government’s program to provide water to the region during the early 20th century.

In 1949, the dam was expanded using new technologies and materials to develop a more efficient method of water collection and storage for agricultural areas, increasing its capacity from 1.4 ML to 9.1 ML.

WA Heritage Minister David Templeman said the dam was an incredible achievement at the time, establishing a new and effective way of collecting water in an area that had very poor rainfall and supported agriculture in the region.

"The design also proved that roaded catchments were considerably efficient in capturing and directing rainwater. This simple design was very cost effective at the time and allowed farmers in the area to design smaller scale versions for their own farm dams,” he said.

"The surrounding area at James Dam was also used for the community to gather socially and play cricket or tennis. While the cricket pitch still remains, the tennis courts no longer exist."

The innovation included a roaded catchment — a sloped area with a corrugated surface that collects rainwater and channels water into a dam – and was considered to be one of the greatest single advances in water security for the state.

Suited to the conditions

WA Water Minister David Templeman said the corrugated ridges and furrows on the roaded catchment were particularly well suited to the arid conditions of the eastern Wheatbelt region.

"The compacted soil produced a surface that was more impervious to water absorption, thereby reducing the time that the rainwater would be exposed for evaporation or could be absorbed into the soil,” he said.

"While not currently operational, inclusion in the State Register will ensure the protection of James Dam's heritage values for future generations and recognises the technological innovations of Water Corporation and its predecessors in helping facilitate the development of the eastern Wheatbelt."

"The dam is representative of the grit and determination of our rural farming communities like Lake Grace and became a place to gather and recreate. I am grateful to be a part of a Government that values and protects our history,” she said.

Water Source
South Australia’s Kangaroo Creek is on the rise thanks to consistent rainfall, with locals saying farewell to one of the state’s… Read Full Paper
Advertising