As the ACT celebrates the recovery of its overall water reserves to 98.26 per cent, utility Icon Water has warned capital residents to not be complacent about their water supply.

A wetter than average winter and La Niña’s arrival in spring have meant that the ACT’s storage has improved significantly, but the territory's water provider said that it anticipates future drought.

After some of Australia’s driest years on record and continued extreme temperatures, water storage levels across the ACT this past summer dropped below 45%. It took just more than two years for the dam levels to fall by almost half.

"Australia is the second driest continent on Earth, and we cannot rule out significant drought again in our future," she said.

"Based on current climate science advice, we expect that in the long term, weather conditions in the Canberra region could become hotter and potentially drier. This will impact water availability and increased demand may result in additional stress on the ACT water supply."

Rainfall patterns have shown that southeastern Australia is arguably the driest populated region in the country.

Following the Millennium Drought, Canberrans have maintained a 35-40% reduction in water use, with annual consumption around 50 GL despite a growing population.

Australians remain the greatest per capita consumers of water in the world, using an average of 100,000 L of freshwater per person each year.

In spite of the warning for Canberrans to be vigilant, McCormick said they should not be worried about water-supply shortages, having already avoided restrictions during Australia's worst drought.

McCormick added that conservation measures, such as only using a sprinkler in the cooler parts of the day, the use of water-efficient appliances in new dwellings, population density creating smaller blocks with smaller gardens and the increased cost of water, all contributed to the drop in water use. 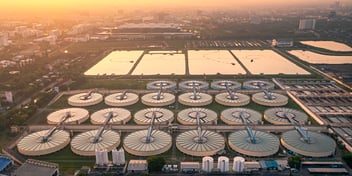