“More importantly, though, it will save many millions of litres of precious drinking water by identifying leakage as and when it happens,” he said.

According to Hauber-Davison, it will also provide utilities with a cost-effective way to understand in near real-time where the water is going – and where it is lost – in their water distribution network.

“Utilities will also for the first time be able to bring the Australian consumer what they want – a future of smart water use monitoring where live consumption data is displayed on their smartphones with corresponding alarms. It will make bill shock and unnoticed leaks a thing of the past,” he said.

Hauber-Davison claimed the new NB-IoT enabled water meters are expected to collectively save Australian water users 160ML of water a year, enough to supply a city of 900,000 residents with water.

For example, he said less than six weeks after Australian National University engaged WaterGroup to install a smart metering system on its campus, approximately $300,000 in potential water usage savings were identified.

If you’ve thought about installing smart meters, it’s about to get easier 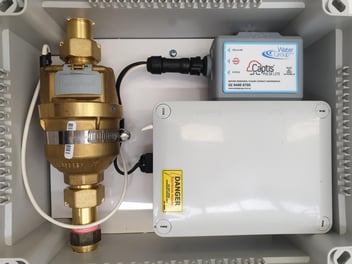