What do modern greenhousing methods mean for the water sector?

Modern greenhousing is causing a profound shift in agricultural production, increasing productivity and the efficiency of water and fertiliser use, and opening up the potential for Australia, writes Thea Cowie.

“The water industry needs to engage with this because it’s on a fast track.”

“People will make money out of these systems where they can, but one thing we’re quite passionate about is not trying to link this to food security,” he said.

What’s indisputable is that the days of mum-and-pop structures cloaked in shade cloth are gone.

“In Australia, there are already around 170 hectares of those. In the next 18 to 24 months, there are plans
for another 75 hectares.”

In 2017, in a landmark for the sector, Sundrop Farms opened its 20 hectare, state-of-the-art $200 million greenhouse complex in Port Augusta, South Australia.

The project relies on seawater pumped from the Spencer Gulf and then desalinated using solar power. That energy is generated by 23,000 mirrors aimed at a solar tower.

University of Melbourne Plant Physiologist and Agricultural Scientist, Professor Snow Barlow, said: “It’s a very ambitious thing to do. We’re all very excited by it; maybe it is the future.”

Much of modern greenhousing technology can be traced back to northern Europe – the Netherlands, in particular – where climate imperatives have long underpinned a tradition of indoor farming.

More broadly, the rise of modern greenhousing has been driven by a range of factors, according to Dr
Cathryn O’Sullivan, Research Scientist in Integrated Agricultural Systems within CSIRO Agriculture and Food.

“If you look to Asia, there has been a really big expansion of enclosed growing, particularly in Japan
in the last decade. It’s partly driven by this consumer desire for a clean, green product that’s very consistent
and consistently available,” O’Sullivan said.

“In North America the social food movement has driven the demand to some degree: people want low food miles."

In Australia it’s a combination of these factors, plus pure agronomics, O’Sullivan said.

“Some companies are tapping into the export market and the desire for a clean, green product. Some see a niche where they can optimise their production and increase their yield, because they’ve got complete control of their environment."

For Smith, there are environmental factors at play, too, including water shortages, urbanisation and climate change.

“Obviously we’re growing more with less inputs – within a professional greenhouse almost everything is recycled, including your run-off water and fertilisers,” he said.

“There are also definite increases in product quality because you’re taking out most of the weather influences – there are less blemishes, damage and misshaped produce.”

Take Nectar Farms, a start-up with plans to build 40 hectares of hydroponic greenhouse facilities powered by wind energy in multiple locations around Australia, for example.

Its Managing Director and CEO Stephen Sasse said this model was better than traditional horticulture in terms of yield, taste, quality, shelf life, energy efficiency and pesticide usage, while producing zero nitrate run-off and acting as a CO² sink.

“We’re producing 20 times the product per square metre of land than open field farming,” he said.

“Each plant has its own supply of water and nutrients. Evaporation gets collected from grow gutters, cleaned up and recycled. It’s a closed system – our water efficiency is about as high as it can get.”

But O’Sullivan cautioned that not all projects stack up.

“If you take what these companies claim on face value, there are a lot of benefits,” she said.

“Water claims certainly seem to hold up – they do seem to be very efficient compared to field-grown crops.

“But some of the claims around energy are more borderline; if you look at the life-cycle analyses, it’s really very dependent on how much heating, cooling and water purification you have to spend energy on.”

O’Sullivan also suggested the viability of these systems was limited to high-value leafy greens and vegetables.

“They’re not really growing staples. So if they’re to meet the promise of some of the claims around improving food security and protecting from climate variability, then they’re going to need to produce much more,” she said.

Sasse agreed that the future is in fast-growing, higher market value crops.

“At the moment, about three quarters of high-end horticultural produce is grown open field. But within a decade, I think that will swing around so that 75% will be grown in protected cropping environments,” he said.

That increase in production will no doubt be aided by technology, such as advancements around supplementary lighting.

“That’s the leading edge at the moment,” Sasse said.

“Most plants will put up with 18 hours of light a day. You can change the light spectrum mix, which has an effect on plant production, shelf-life and taste.”

Many observers are also closely watching to see if advancements in vertical farming technology might make indoor growing of lower-value crops viable.

As Smith reasoned: if you took a hectare of wheat today and grew it in a greenhouse, that wouldn’t make economic sense.

“But what if you get breeding right and optimise the climate so you can grow three crops a year? That’s
interesting, but would it make money?” he questioned.

“Then what if we put a second layer in there under LED lighting – now that one hectare with three crops becomes the equivalent of three hectares outside.

“Then we take away the greenhouse and put in a climate control box with 10 layers or 100 layers... it could be possible to produce the equivalent of 3000 hectares of grain crops on a relatively small footprint.”

Urban vertical farming is something CSIRO is also keeping an eye on closely.

“We’re seeing enough data points around the world to know that people will be exploring this,” Bonnett said.

“As a government agency, we’re interested in understanding: what are the benefits?

"Should this be encouraged or supported? How might we do that? Are there social reasons why you might get people involved in food production in cities?”

Smith claimed he would like to see more government support sooner, rather than later. He’s calling for training and demonstration centres around the country, so growers aren’t “reinventing the wheel all the time”.

“Growers are relying on overseas advisors and I think it’s high time that we developed our own expertise,” Smith said.

“A lot of horticultural industries, by tradition, move with the urban fringe," he said.

"But if you’re going to invest in a major glasshouse facility you need stability in planning laws – big controlled environment production facilities can’t just be picked up and moved 50km out of the city.

"You also need to take climate change into account in the planning, both in terms of water supply and locating facilities where they’ll have a climate they can operate in for the next half century.”

But where does this leave the water industry?

According to Sasse: “When land and water resources become more scarce, and issues like nitrate run-off become increasingly difficult to manage, [hydroponic greenhousing] is the future.”

As such, Massey said the industry’s needs and concerns went “hand in hand” with those of the water industry.

“In many cases our farmers already have a shortage of water – so there’s a high demand for expertise in the water treatment and monitoring space,” he said.

“There’s also a more conscious approach to not only how clean the water is, but to diversifying water sources and ensuring supply.”

Smith suggested the water industry should be ready to engage “at a higher level”.

“Come along to our biennial conferences, understand the need for high-quality water, the volume of water," Smith said.

“Engage with the industry because it’s not stopping. Buckle up!”

First published as 'The glasshouse effect' in Current magazine May 2018. 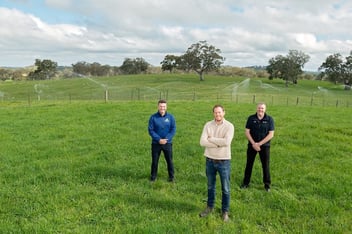 Water Source
Reuse of wastewater produced from fracking could be a resource recovery boon with a new technology developed to extract lithium,… Read Full Paper 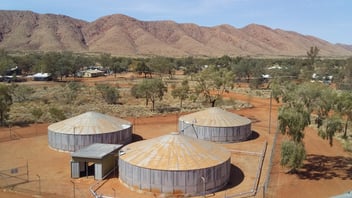 Alex Morrison
A new project with a unique and novel partnership model between two water utilities, a university, and the private sector has been… Read Full Paper
Advertising