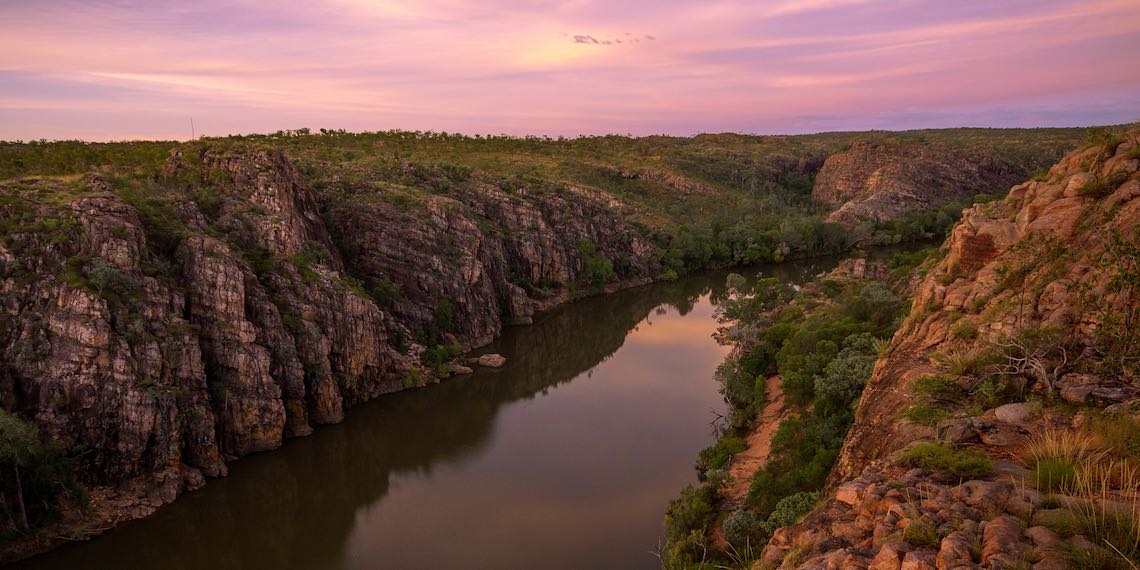 Following the detection of PFAS chemicals in the water, largely due to the past use of firefighting foams at the Royal Australian Air Force (RAAF) Tindal base, providing the community in Katherine with safe drinking water became a critical project.

As explained by Water Services Manager Assets, Skefos Tsoukalis, Power and Water needed to overhaul its approach following the detection of PFAS chemicals, that resulted from the past use of firefighting foams at the RAAF’s Tindal base, south of Katherine.

A 22-25 km PFAS plume had been identified, and Katherine, which relies on both groundwater and surface water from Katherine River, was faced with the looming prospect of a significant supply shortfall heading into its peak demand season towards the end of 2017.

“We worked closely with the Department of Defence in developing a contingency plan,” Tsoukalis said. “A one ML per day treatment plant was being constructed in Maine, which had been scheduled to go to the Oakey Air Force base, and we expedited its manufacture. All this occurred over August-September 2017, and we had a fully customised pilot plant — using a technology that had never been used before for potable water treatment — delivered and operational by October 2017.”

With the plant slated for a new destination, US-headquartered manufacturer ECT2 set about making a number of alterations, ensuring it would cater to Katherine’s specific conditions.

“ECT2 needed to quite quickly look at the design and make a few changes to facilitate the new requirements,” said Mark Kuffer, Project Delivery Manager.

“The plant was fabricated in the US and flown into Darwin via an Antonov aircraft, and then went by road from Darwin to Katherine. It was about eight weeks after the requirements changed that the plant arrived in Australia.”

Kuffer said that due to a high presence of calcium in the water there was a requirement to add a dosing system upfront, avoiding build-up or issues across the system.

He explained that the Katherine plant initially draws groundwater via a single extraction bore, which then undergoes pre-treatment processing, ensuring it is of a clean enough quality to then focus on the PFAS extraction.

“PFAS is notoriously difficult to extract from water,” he explained. “We have a series of pre-treatment steps that knock out any other contaminants that might compete for the ion exchange sites on our ion exchange resin.

“These upfront steps remove things like total dissolved solids
and total suspended solids, leaving the resin to do the bulk of the PFAS extraction. The water is ultimately treated through our Sorbix resin, which is the PFAS extraction powerhouse.”

Tsoukalis said that an innovative approach was required in Katherine, with there being little precedent for dealing with the impacts of PFAS contamination of a groundwater community supply source.

“The ion exchange resin was new and novel,” he said. “It’s the first time in the world that it’s been used for solely treating groundwater to service the potable water needs of a community.”

Power and Water has undertaken the regeneration process at the Katherine plant, with 60 per cent of the resin transported by Defence to the RAAF Tindal base, and the other 40 per cent transported interstate for destruction.

Tsoukalis noted that waste streams had been a strong area of focus ahead of the plant’s installation; however, he pointed to its small waste footprint during the course of its operations.

Relying on the community

With the plant’s one megalitre per day capacity covering a small portion of the potential supply shortfall being faced by Katherine, Power and Water also needed to embark on other measures to ensure the continuity of water services. This included significant demand mitigation, with Power and Water’s Living Water Smart team undertaking extensive community engagement, including auditing for leak detection and providing rebates to assist with repairs.

Against this backdrop, Jane Dellow, Strategic Communications and Engagement, pointed to the importance of both reassuring and educating the community, with initiatives including community workshops conducted in conjunction with Defence.

“There wasn’t a lot of trust because of the way the whole situation had occurred, and that was obviously a big concern for us,” Dellow said.

“Part of our strategy was very much focused on engaging our own people to build trust within the community that the technology was working and that the water supply was safe, as they’re part of the community as well.”

This community partnership has seen a reduction in peak demand from 15 ML to less than 10 ML per day, with Power and Water and Defence subsequently preparing for the commissioning of a new permanent plant in 2021.

October 2017: Installation of the one megalitre per day plant, producing 12.5L of drinking water per second.

January 2019: With more than 400 ML of groundwater having been treated, the resin is changed as part of routine maintenance.

June 2020: More than one billion litres — one gigalitre — of groundwater treated, with no waste streams discharged into the environment.

This article was originally published in the 2021 edition of Current as "A Problem With PFAS".