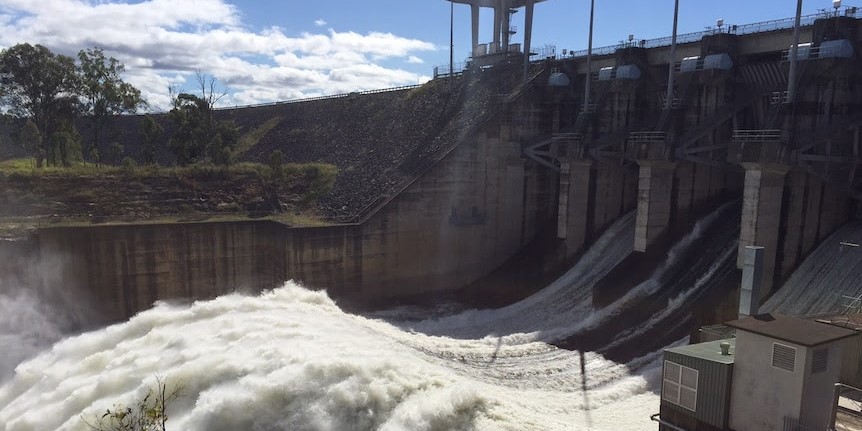 Patches of blue sky appeared over Brisbane on Monday morning, but the dangers and effects of severe flooding in south east Queensland and northern New South Wales remain high. Eight people have now died, with two more missing. Major flood warnings are in place for the east coast from Gympie to Grafton, with severe concerns for multiple cities and towns.

On Sunday, the Queensland Premier Annastacia Palaszczuk estimated that more than 1400 houses had been impacted that morning by the high tide when the Brisbane River peaked at 3.1 metres. She also noted that, while the rain was easing over the subsequent day as the system moved south, the flood emergency will continue into the week due to the high level of rainfall recently. In response, people in south-east Queensland were encouraged to work from home where possible, and more than 1000 schools were closed on Monday.

The Bureau of Meteorology stated that some suburbs of Brisbane had more than 100mm of rainfall in an hour that afternoon. The Brisbane River is expected to have peaked at 3.85 metres at 8:00am Monday morning, with the Wivenhoe Dam catchment at 183.4% capacity. The Logan, Albert and Mary Rivers were expected to peak later on Monday.

The 2011 Brisbane floods saw the river reach the levels of 4.46 metres. With equally significant rainfall, the Somerset and Wivenhoe Dam have held approximately 2.2 million megalitres of water, playing a significant role in ensuring this catastrophe was not worse.

The system’s move south is currently seeing towns in northern New South Wales facing severe floods, with Wilsons River at Lismore predicted to reach 14 metres of floodwater, which would break the previous record of 12.2 metres in 1954 and 1974. Lismore recorded 181mm of rain in 30 minutes on Monday morning alone. An evacuation order is now in place in Lismore, as well as a number of other neighbouring towns in northern New South Wales.

Dean Narramore, the senior meteorologist at the Bureau of Meteorology, noted the widespread effects of the flooding events.

“Pretty much every river in south-east Queensland, from the Sunshine Coast all the way down to northern New South Wales, is experiencing major flooding,” he said.

The catastrophic flooding has led to many challenges for water management in the area. Residents in Brisbane, Logan, Ipswich, Moreton Bay and the Lockyer Valley have been urged to conserve water, as Mt Crosby and North Pine Water Treatment plants were impacted and compromised by the flooding. In good news, Seqwater crews were able to return to both by Monday morning. The Gold Coast Desalination Plant is also being used to help supplement supplies.

“We’ve actually seen a 20 per cent drop in consumption over the last 72 hours, which is fantastic and really welcomed,” he said.

Foster praised the controlled releases from Wivenhoe Dam in managing the crisis and ensuring the outcome wasn’t even worse.

“We’ve managed to effectively hold back, with the dam and the rivers leading into it, about 2.2 million megalitres of water and we’ve only let out 150,000 [megalitres] in a controlled, steady way,” he said.