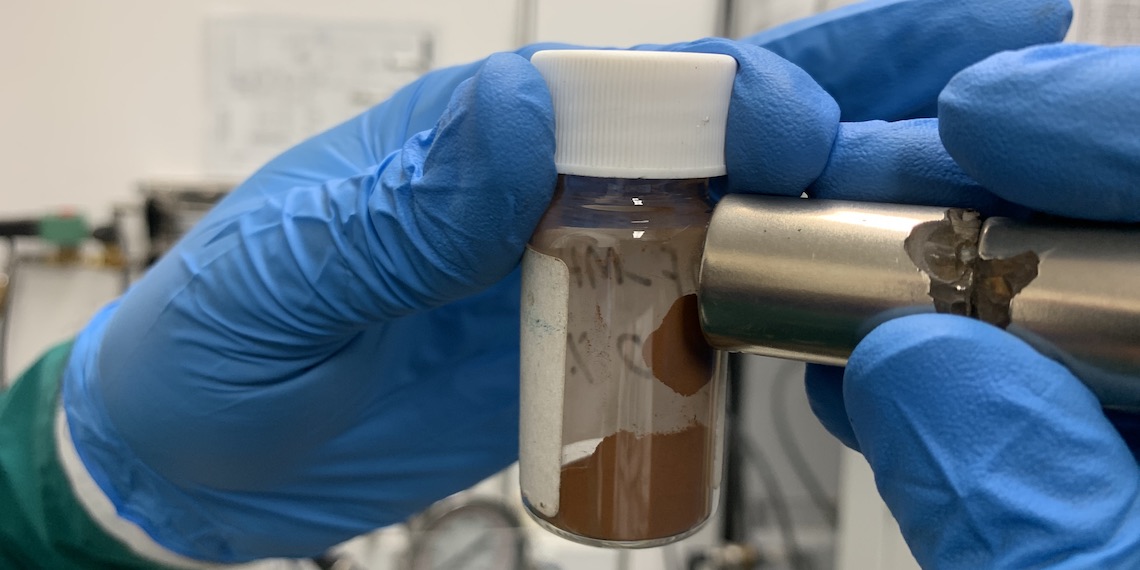 Microplastic pollution is a growing concern for the environment and human health, and mitigation presents a myriad of complicated challenges – but one research team has made significant progress with the invention of a novel adsorbent to remove microplastics from water.

With the findings published in the Chemical Engineering Journal, researchers from RMIT’s School of Engineering have produced a low-cost and sustainable adsorbent that removes microplastics from water using magnets.

“The nano-pillar structure we’ve engineered to remove this pollution, which is impossible to see but very harmful to the environment, is recycled from waste and can be used multiple times,” she said.

“This is a big win for the environment and the circular economy.”

The novel adsorbent was developed using nanomaterials that also contain iron – the powder is mixed into water to attract microplastics and dissolved pollutants, which are then easily separated from the water with the use of magnets.

Co-lead researcher Dr Nasir Mahmood said the innovation is an important step towards mitigating the impacts of hazardous microplastics and pollutants on the environment and human well being.

“The adsorbent is prepared with special surface properties so that it can effectively and simultaneously remove both microplastics and dissolved pollutants from water,” he said.

“Microplastics smaller than five millimetres, which can take up to 450 years to degrade, are not detectable and removable through conventional treatment systems, resulting in millions of tonnes being released into the sea every year.

“This is not only harmful for aquatic life, but also has significant negative impacts on human health.”

In order to ensure the most sustainable approach possible, Eshtiaghi said the research team created the absorbent powder from olive waste – a growing waste stream in Australia.

“Olive waste has a phenol component, which is quite harmful for soil. You can’t really dump it. And there is a lot of olive waste generated in Australia. Using this waste stream to create our powder helps to contribute to the circular economy,” she said.

“We have converted this olive waste into a carbonous material using a high-pressure, high-temperature reactor. For our processes, we added an iron-based salt, as well as a metallic-organic framework.”

While metallic-organic frameworks (MOFs) are receiving a lot of interest due to their surface area, Eshtiaghi said the researchers needed to find a way to make it easily removable.

“The process we have developed gets the benefit of both the high surface area, but also to easily remove it by magnet,” she said.

Eshtiaghi said the nano-pillar structured material was also designed to attract microplastics without creating any secondary pollutants or carbon footprints, which are two of the key challenges of treating water for microplastics.

“The process does not leave any secondary pollution behind, which is often the issue with trying to remove microplastics from water through activated carbon,” she said.

“So we aimed not to introduce any further problems, while also contributing to the circular economy by creating an added-value product from waste.”

“We can recycle the powder – it can be used up to six times. It loses about 10% of its efficiency after six cycles,” she said.

The research team has successfully tested the adsorbents in the lab, and Eshtiaghi said it now plans to engage with industry to further develop the innovation to apply it to the removal of microplastics from wastewater treatment plants.

“But we think that implementing this type of process can take microplastic treatment to the next level.”

Eshtiaghi said the next step will need to involve partnering with wastewater treatment plants to further test and develop the innovation within real-world scenarios.

“While the results in the lab were very promising, we are aware that we conducted this research in an idealistic environment. We still have lots of challenges to overcome in terms of trialing this process within the industrial context, including scaling up and costing,” she said.

“But that type of scale up will require partnering. By partnering with wastewater treatment plants, we hope to be able to work together to establish the best and most effective way of implementing this new innovation.

“We intend to work with industry partners to see how it goes, and then improve it. We are already getting quite a bit of enquiry from overseas, but we hope to be able to work within the wastewater treatment context here in Australia.”

While the research team already has ideas about how the innovation should be applied within the broader wastewater treatment process, Eshtiaghi said application will require further development.

“In terms of wastewater treatment plants, we have ideas about where this treatment should be implemented and how we can make sure we catch all of the microplastics before they are released into the environment,” she said.

“We know that the process works at different pH levels and at different temperature levels. But wastewater is really a jungle of different pollutants. It has a lot of organic matter, which requires further investigation.

Eshtiaghi and her colleagues have worked with various water utilities across Australia, including with Melbourne Water and Water Corporation on a recent Australian Research Council Linkage project to optimise sludge pumping systems. 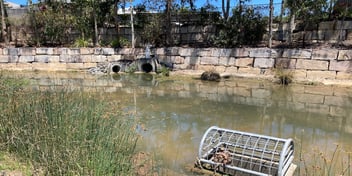 Cecilia Harris
While constructed wetlands are used around Australia as an effective filter for chemical contaminants, one new study is… Read Full Paper 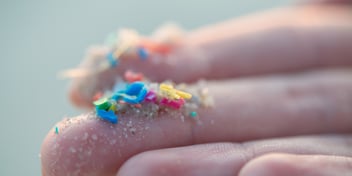