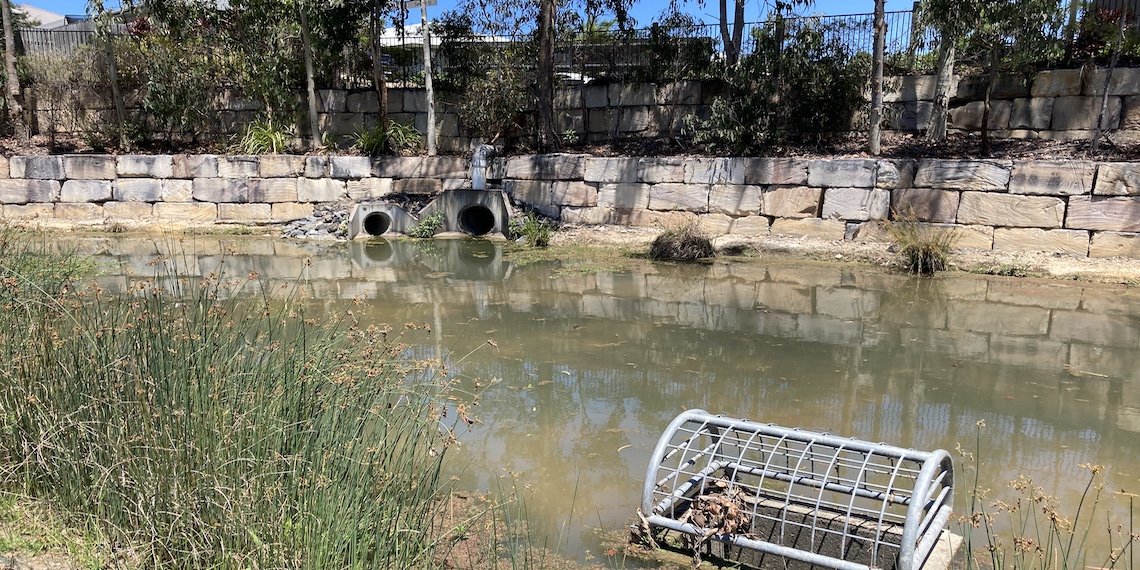 While constructed wetlands are used around Australia as an effective filter for chemical contaminants, one new study is investigating how well these urban water bodies retain microplastics in efforts to deepen our understanding of microplastic pollution.

Led by Griffith University, the study found that constructed wetlands act as a barrier preventing the spread of microplastics through the environment, with microplastic levels up to four times higher in the water entering the wetland compared to water at the outlet.

Published in Environmental Pollution, the researchers investigated the amount and distribution of microplastics in water and sediment at five constructed wetlands with stormwater and wastewater sources feeding into them.

Study co-author Hsuan-Cheng Lu, a PhD candidate from the Griffith University’s Australian Rivers Institute, said studying microplastic contamination within different environments is crucial to figuring out how to address the problem.

“Understanding the scale of the contamination can provide us with information to better understand the potential adverse effects on the environment. By looking at the characteristics of the microplastics, we can decipher the potential pathways these materials have taken from their source into the environment,” he said.

“Microplastics vary in terms of size, but also morphology and polymers,” he said.

“The size range of microplastics is big – they range from one micron up to five millilitres, which means they impact a wide range of organisms.

“By looking at contamination from these different microplastic profiles, we can gain better information to do more research into this widespread issue that has implications for the environment and human health.”

The level of microplastics found in the constructed wetland sediment were higher than most reported freshwater sediment levels, with the amount of microplastics much greater in the sediment at the wetland inlet compared to the outlet.

“Of the five constructed wetlands we looked at in this research, four of them were receiving mainly stormwater runoff, and one received treated wastewater from the nearby treatment plant,” he said.

After collecting sediment cores at every two centimetres in depth in each of the wetlands, the samples were put through a series of processes in the lab, first to remove organic materials in the sediment, and then density separation to separate the microplastic particles from the sediment.

“We then work with microscopes to visualise and count particles, followed by fourier-transform infrared spectroscopy (FTIR) to figure out the chemical composition of those particles to confirm that they are plastic, not some other material,” Lu said.

“We found a lot of different polymers in the wetland sediment. But the majority were the common ones, like polypropylene and polyethylene fragments, from the breakdown of large plastic items, such as food packaging and bottles. We also found PET fibres from synthetic clothing and textiles.”

Lu said that while collecting samples is fairly straightforward, working in the burgeoning field of microplastics research presents a few key challenges.

“The main challenge is that, in microplastics research, there is no standardised methodology, from sampling all the way to processing. Sometimes it is hard to compare the level of contamination across studies because every study uses different techniques,” he said.

“The second challenge is counting the microplastics. Under the microscope, there may be other organic materials of varying sizes that resemble plastics. It is therefore really important to use a technique like FTIR to conclusively identify the items as plastic – something that not every study does. In addition, the smaller the size of a microplastic, the more difficult it is to see.

“Microplastics can have a variety of effects on aquatic life, including damage to the gastro-intestinal tract of smaller organisms. So it’s very important to keep working towards a deeper understanding of how microplastics occur within environments if we are to find the right solutions.”

Lu said the study was carried out over the dry season in Queensland, but the next phase of the study will involve sampling the wetlands during wetter seasons and flood events to determine if wetland barriers retain the plastics under increased water flows.

“It depends on the structure of each wetland, but with the next phase of the study we are expecting to see much more water coming into these sites. It depends on the intensity of the rainfall; if it’s flooding, we might find that microplastics are resuspended and washed away, with the wetlands suddenly acting as microplastic sources instead of sinks!” he said.

“But if the wet season is mild, and the water can travel more slowly, we might find more microplastics settling into the sediment.”

Lu said the effect of flood events on the further spread of microplastic pollution into the environment is a key concern, and one that will require a collaborative effort to address appropriately.

“We need to involve engineers and councils to help turn these research findings into solutions. One of the issues is that the wetlands have lifespans, so we need to figure out ways of making them last longer,” he said.

“But the main concern is that if microplastics accumulate, over time they become pollutant sinks, and if we continue to get extreme weather events, which is what is expected, all the particles stored in these sinks can wash out and distribute further into the environment downstream.

“We don’t yet have a solution. But we are hoping that the results of this study will be a good start for engaging with stakeholders around potential solutions, as well as instigating further research.”

Water Source
Experts have said wastewater treatment plants (WWTP) must ramp up their monitoring of microplastics, warning the issue is much… Read Full Paper

Magnetic material could clean up microplastic