Not just the way it is: Michael Carter wants his water story to make a difference 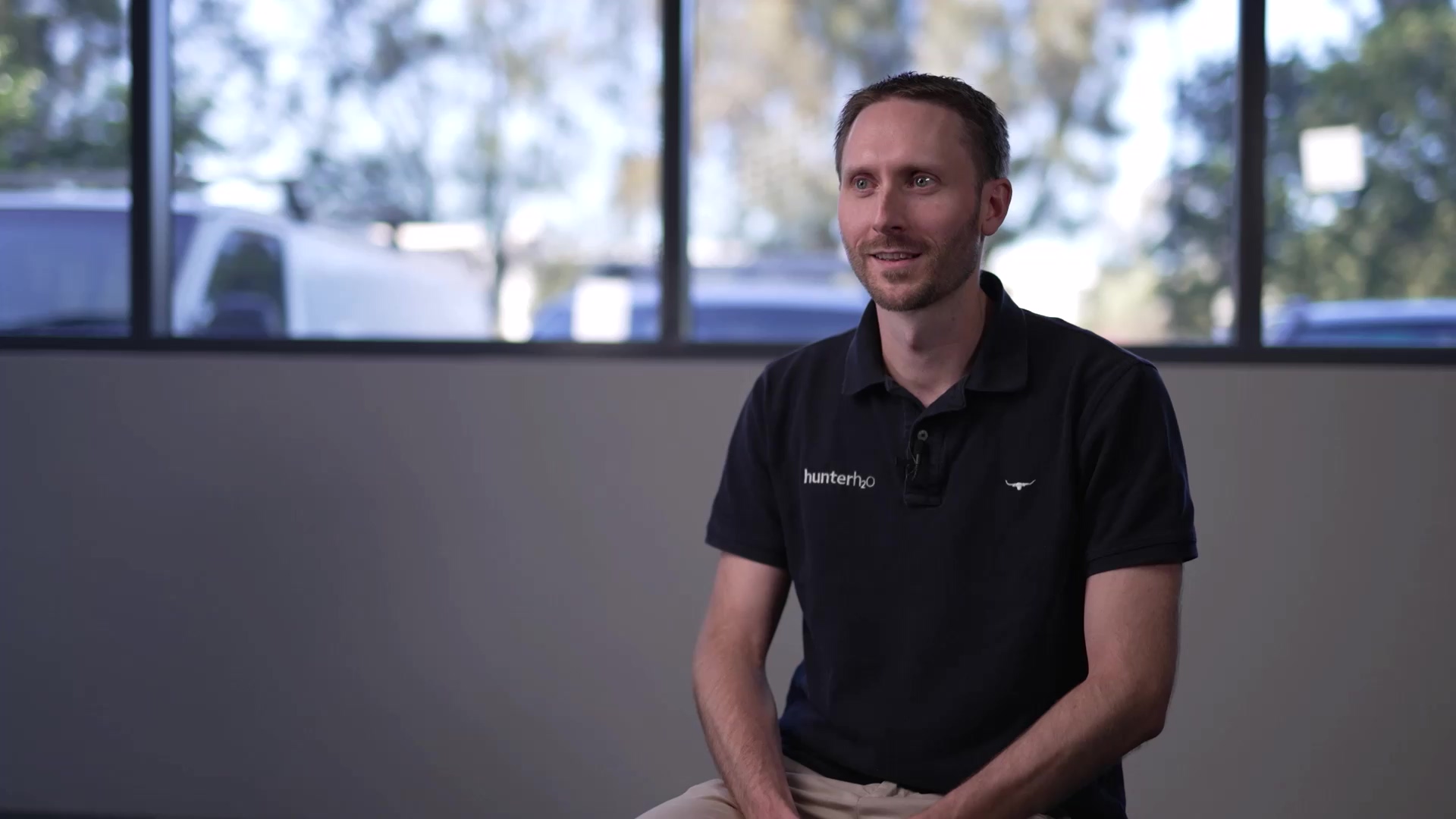 The theme for National Water Week 2022 is Our Water Story, and for 2022 Young Water Professional of the Year Michael Carter, ​his journey of confronting the water challenges facing regional communities began on a farm in the Upper Hunter Valley.

He didn’t realise it at the time, but for the 2022 Young Water Professional of the Year Michael Carter, his water story began during childhood.

Today, Carter is a Principal Process Engineer for Newcastle-based water and wastewater services company Beca Hunter H2O, but he was familiar with the importance of water conservation from his days growing up on a dairy farm north of the Upper Hunter town of Scone.

“We were all very conscious of conserving water because we weren't connected to the town water supply. We just had a rainwater tank,” he recalls.

“During drought conditions, mum would give us a little two-minute timer, and if we went for longer than two minutes, she'd turn the hot water off. So we learned to have very quick showers.”

But rural life also accentuated some broader concerns, such the importance of water policy and the administrative systems that govern it. Carter saw, for instance, the way water entitlements for agriculture affected his family’s business.

”The process, implemented I think by the NSW Office of Water back in the 90’s or so, wasn't really great and dad lost his water entitlement,” Carter said.

“The farm had been held for generations and generations, using as much water as you wanted or needed to grow the crops ... And then these Water Entitlements were brought out, but they lost his paperwork during an office move and restructure, so it defaulted to a minimum requirement, which wasn't enough to sustain enough crops to feed the cattle.

“Then he had to go through this huge process of trying to reapply and get more without paying for it.”

For Carter, these lessons of his youth accentuated the importance of direct on-the-ground experience when it comes to providing water solutions – understanding theory and sitting behind a desk are not enough.

But the lessons Carter learned also seeded his passion for addressing inequities in regional Australia, which he was able to pursue when a chemical engineering degree took him into the water industry.

“Around 2014 or 2015, I started working with Hunter H20 supporting regional councils and seeing huge discrepancies between the reliability of the assets, because of the constraints they've got. And it felt like I was able to make more of a difference,” he said.

“Especially in regional centres, you can really have an effect on improving water quality, which improves public health. It makes you feel good.”

Having this direct experience of the challenges facing rural water providers and the communities they serve – from lower rate bases to fewer resources and skilled workers – sparked a desire in Carter to help make a change for these places that reminded him of his hometown.

In early 2018, he began working with the NSW Government’s Safe and Secure Water Program. One problem he found was that, though there were grants available to councils, these councils weren’t always able to access the funding on offer.

“I was working with 10 or 12 regional councils at that point in time, and I mentioned to them this would be great to apply for, and nearly all of them had said, ‘Oh, we don't have time’," he said.

“I ended up writing 17 applications for 10 councils – so for 17 different water and wastewater projects – and we secured $5.4 million for those 10 councils so they could actually get their [funding for] projects which were in disrepair, or they needed capacity upgrades or quality upgrades.”

Since this work with regional councils, Carter has begun working with the NSW Department of Planning and Environment in a strategic working group dedicated to reforming the regulatory framework in regional NSW.

Carter was inspired, he said, by hearing his contacts confronting problems and shrugging, “that’s just how it is in New South Wales”.

“I thought, ‘Well, what can I do about it?’ So I started using a lot of connections and my network to share the stories and feedback I was getting from councils, and that was fed into the NSW  Auditor General's audit on the performance of the Department [of Planning and Environment],” he said.

That report had some “pretty scathing” criticism, he said, but it led to the creation of a system that’s much more transparent and collaborative in its operation.

“The department's been really good – almost cutting edge in that – following the audit they looked at themselves and the system and identified that something needed to be done. So that's when they created the Town Water Risk Reduction Program,” Carter said.

“I was selected as one of 20 or 30 people on the Section 60 Regulatory Approvals Working Group. I was able to work as part of that team to help form a new Section 60 approval framework – and that's essentially the framework or approval requirement for all New South Wales councils for any water or wastewater upgrade.”

More needs to be done though, he said.

“Supplying safe water and dealing with wastewater services – it's just so complex,” he said.

“You really need a lot of skilled resources managing that and you need those people to be there for the long term.”

Carter enthuses that “the water industry is just such a good industry to be part of” and urges young people coming into it to challenge the status quo.

“Don't be afraid to take on a challenge,” he said.

“I figured I can't save the world, but maybe I can save New South Wales. So before I retire, I'd like every water supplier in New South Wales to be safe and reliable and resilient.” 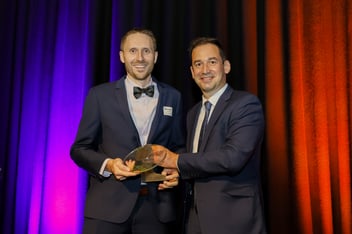