In a bid to support housing development in Perth's south-east now and in future, works will soon be completed on a 2.1 km water pipeline that will service the fast-growing suburbs of Mundijong and Whitby.

Western Australia Water Minister Dave Kelly said the $4 million project will provide a secure and reliable supply of high-quality drinking water to residents as urban growth continues into the future.

"This is especially important given the long-term impacts of climate change on our water supply, which we already know is resulting in less rainfall and even less available drinking water,” he said.

"With tens of thousands of people set to call this area home over the next few decades, it's vital growing communities like Mundijong and Whitby have the infrastructure to support sustainable growth."

Mundijong is presently home to 4068 residents, but population is expected to increase to nearly 21,000 by 2036 and, in line with population forecasts, around 17,000 new water service connections could be required in the area by 2060.

"I thank the community for their patience as these works took place. This new pipeline is key to supporting housing development in Mundijong and Whitby and future-proofing the area for years to come,” he said.

Taking almost six months to complete and creating 50 jobs, the pipeline was laid underneath Paterson Street between Mundijong Road and Keirnan Street to avoid affecting established trees along the verge.

During the project, Water Corporation's education team visited Mundijong Primary School to host a "Water in Aboriginal culture" program, which involved students participating in a sensory journey through Noongar boodja — Noongar Country — to learn how Aboriginal people have cared for water systems in Western Australia for more than 60,000 years.

Cecilia Harris
The announcement of the Western Australian government’s $16.25 million contribution to the development of its State Football… Read Full Paper

From Poland to Perth: A story of two engineers 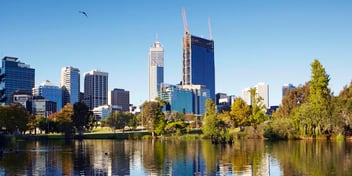