From Poland to Perth: A story of two engineers

Water Corporation's Peter Spencer shares the story of two inspiring women whose paths first crossed in Poland during the Cold War and then again at Water Corporation in Perth.

The women studied at university together during the Cold War, when the Iron Curtain separated the former Soviet bloc and the West prior to the decline of communism.

“Women studying technical subjects were socially advanced at a time when there was little else advanced in Poland’s political culture,” Burak said.

Domurad left Poland as a refugee and spent several months in a refugee camp in Italy before gaining immigration status to Australia.

She settled in Perth and began her 35-year career at what is today called Water Corporation, but was then known as the Public Works Department.

Burak left Poland 10 years after Domurad. She also left behind a poor political environment and emigrated to Perth, where she too found a job with Water Corporation.

For two women who studied engineering in Cold War-era Poland, took on the challenges of working in a male-dominated field, and battled with the stigma of being immigrants in Australia, who could have predicted they would end up working together on one the most advanced recycling projects in the world?

After 35 years, Domurad has finished her career at Water Corporation with the proud achievement of leading the Aroona wastewater operations team through the successful integration of the Groundwater Replenishment Project into operations at the Beenyup Wastewater Treatment Plant.

This was not her only achievement, however.

Water Corporation and the Australian Water Association would like to thank Margaret Domurad for her huge contribution to the water sector and wish all the best in her retirement. 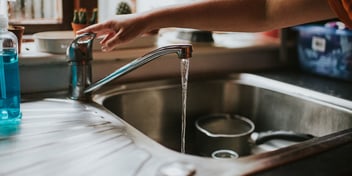