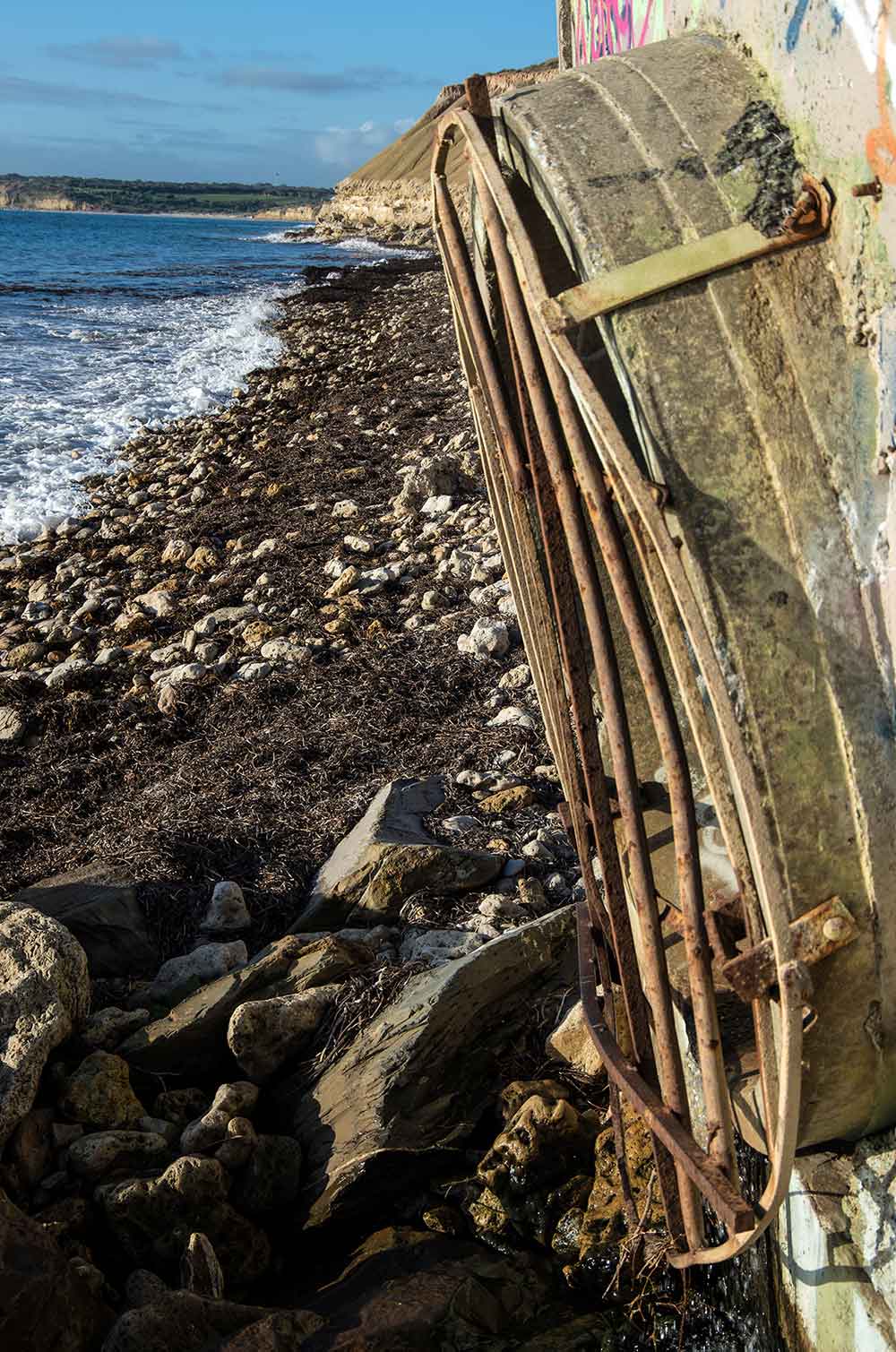 As the sector tackles issues associated with climate change and water security, and as urban centres continue to expand to accommodate growing populations, a strong imperative has been created to re-examine stormwater management in urban design.

“In this context, stormwater has primarily been seen as a ‘problem’ to be fixed – where the focus is on alleviating the negative impacts that were becoming ever more obvious as our cities grew and intensified,” Morgan said.

“The Millennium Drought fundamentally changed mindsets, and the drivers for urban water management now recognise that stormwater is not a problem, but an opportunity, with the potential to capture stormwater as a local water resource, and to manage stormwater locally in a way that enhances liveability by creating greener, cooler places to live.”

Morgan said stormwater harvesting is being pursued to deliver multiple benefits in Victoria, amid a growing recognition that the quantity of stormwater entering waterways needs to be radically reduced and its quality improved.

"The Millennium Drought fundamentally changed mindsets. Stormwater is no longer a problem, but an opportunity."

“Coupled with the increasing pressures of growth and climate change on Melbourne’s water resources, this makes stormwater harvesting an attractive option, particularly in growth regions where large-scale stormwater treatment and harvesting infrastructure can be integrated with new development and transferred to bulk storages,” she said.

In addition to local stormwater harvesting for open-space irrigation, Morgan noted the opportunity exists to link stormwater treatment wetlands together, thereby creating a local water grid that can capture, transport and supply harvested stormwater on a regional scale.

“There is potential to look beyond open-space irrigation uses to supply treated stormwater to peri-urban agriculture, non-potable water supply networks, or potentially to supplement regional water supplies from local reservoirs,” she said.

Morgan also pointed to growing recognition of the importance to retain and celebrate stormwater within the landscape.

“The potential to harness natural systems, including plants, soils and water bodies, to provide stormwater management provides important opportunities to introduce greenery and water into the urban environment, adding amenity and mitigating the urban heat island effect,” she said. 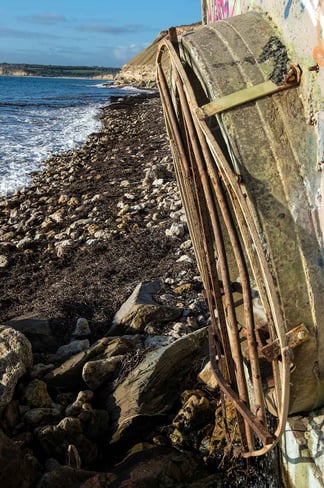 Stormwater Australia President and Bligh Tanner Director Alan Hoban said an increasing awareness of the impact of pollution on waterways has contributed to the push for managing water quality and water-sensitive urban design.

Hoban noted that a number of new factors have also emerged in recent years, which need to be addressed by industry.

“One is awareness of drought,” he said. “We’ve got limited water resources and, while you can’t capture all stormwater, you can capture a fair amount to sustain parks and gardens.

“Over the last few years, another factor has arisen – the urban micro-climate. If we can get water into soils, we can get healthier trees and plant growth. We’re starting to address the issue of urban heat mitigation.”

Hoban observed that, amid an increasing focus on the climate resilience of cities, the benefits provided by effective stormwater management can be far-reaching.

“There are a range of benefits that you can provide, and a part of that is urban amenity,” he said.

“Good management of stormwater and water-sensitive urban design potentially creates a way to solve several problems at once – getting a shadier urban environment, minimising run-off and providing a healthy waterway.”

Released last year by WSAA, the Blue + Green = Liveability paper explores the role the water sector can play in contributing to liveable, sustainable and productive cities, and the benefits of integrated water management.

“The industry has put a lot of its attention into understanding the value that green and blue infrastructure contributes to liveable cities,” Cini said.

“We had a view that the benefits extended to the general physical and mental wellbeing of people who live in areas close to green and blue infrastructure.”

The paper found that liveability-related benefits attributed  to integrated water management totalled up to $94 per person, with Cini describing the numbers as compelling.

“That’s everything from increased activities to proximity to open spaces and the ability to walk and cycle places.

“As populations are growing, and we’re seeing increased temperatures, particularly in places like western Sydney, but also western Melbourne and other parts of Australia, these benefits are pretty clear.”

"The industry has put a lot of its attention into understanding the value that green and blue infrastructure contributes to liveable cities."

Noyce pointed to the issue of pollutants and the need to accommodate large volumes of water that, particularly during extreme weather events, can arrive in a short period of time.

“We have to deal with the pollutant, which is varied, including heavy metals, sands, pebbles and gravel,” he said.

“The water comes off paved surfaces very quickly and, with climate change, comes off in even more intense bursts, with huge amounts of water volume all at once.”

Biofilta’s vegetated planters are designed to act as a stormwater filter and, paired with an underground
storage system, allow for both the catchment and treatment of stormwater. A two-tank system captures the water, which passes through a gross pollutant trap and sedimentation chamber, before settling into a tank.

The water is then filtered through the planter, and finally stored in a retention or recirculation tank for re-use.

The system has been employed at Melbourne’s Fitzroy Gardens, with Noyce stating the planter has been integrated into the landscape.

“We harness water that comes off the drainage system, gulping in large volumes quickly, and then deal with  pollutants over time by pumping the water up and through a raingarden,” he said.

“Fitzroy Gardens gulps in four million litres of water at a time, and over a year produces 70 ML of water for parkland irrigation – that accounts for 60% of the whole Fitzroy Gardens water demand.”

Cini pointed to the need for government funding to help deliver broader community benefits, and said the Blue + Green = Liveability paper’s overarching recommendation is the need to update the National Water Initiative (NWI).

Cini said the NWI needs to focus on liveability and collaboration in order to reflect the role stormwater management can play.

“This would represent a really big step forward across Australia,” she said.

“If we had a coordinating policy agenda that focused on liveability for our cities and regions, across the urban water cycle, everyone would have a clearer idea of where they’re headed.”

Hoban also highlighted the need for greater funding, and said there has been a lack of understanding and leadership around some stormwater harvesting and integrated water cycle management issues since the demise of the National Water Commission.

“We have challenges with local authorities having varying standards, which becomes a real challenge for industry,” he said.

“The other real challenge is that we’re involving lots of different professions, especially when we’re trying to do things a little bit differently, and inevitably there’s a degree of friction about how you make change.”

Hoban said that now is the time to consider “a system-thinking approach to our cities, and using liveability as a driver for how we go about doing designs”.

“Our cities generally have really good water supply systems, most Australian cities have major dams and also some desalination, we’ve got a good backbone to our urban water systems,” he said.

“If we can start to look at these supplementary water systems, stretching out the amount of water that’s available from our dams, it means the whole system can work a bit more effectively.”

Located in northern Adelaide, the City of Salisbury offer a leading example of stormwater harvesting done right. Recycled water, which primarily comprises recycled stormwater and native groundwater, is treated to a standard satisfactory for its intended use, as defined by the National Stormwater Guidelines.

"We have challenges with local authorities having varying standards, which becomes a real challenge for industry."

The city advises that during the winter high-rainfall period, excess stormwater, filtered and cleansed by wetlands, is pumped into an aquifer up to 220 m below ground, to be later recovered as needed to supply customers during the summer months.

Managed by the Salisbury Water business unit, the water is distributed to parks, reserves and schools, along with some new residential subdivisions, and is also provided at a lower cost than mains water to industrial users, with the city having more than 150 km of recycled water pipe network to supply its customers.

The city advises that the water can be used for toilet flushing, washing cars, garden irrigation, filling ornamental ponds and some industrial or commercial uses.

Among the environmental benefits provided, the city points to reduced demand on other water resources, and increased local biodiversity via the establishment of over 50 wetlands, in addition to reducing the volume of stormwater run-off, helping to protect the Barker Inlet of the Gulf St Vincent marine environment.

The city states social benefits include making the city a more beautiful place to live and allowing for unique recreational activities, with economic benefits delivered via cost savings when the water is used on the council’s sports fields, parks and ovals, and by attracting and sustaining local industry.

This story was originally published as ‘Brace the storm’ in Current magazine April 2020.

Cecilia Harris
In an Australian first, harvested stormwater from the urban water catchment in Orange, NSW, is being used as part of the drinking… Read Full Paper