Australia's landscape and ecosystems have declined to conditions last seen during the Millennium Drought, according to a new scorecard reviewing 13 environmental indicators.

The Australian National University report – Australia's Environment in 2015 – shows how conditions have changed since 2000 by combining and analysing satellite imagery, ground data and landscape modelling.

“The most alarming thing is that it only took a few years to get right back into the sort of bad conditions that we had during the Millennium Drought,” said ANU Head of Water and Landscape Dynamics Group Albert Van Dijk.

At a national level, soil moisture and river flows fell to near record lows in 2015 according to a range of environmental indicators.

Tree cover reached the lowest level since 1972 and soil exposure returned to levels last seen during the drought.

Van Dijk said the changes were largely caused by a reduction in rainfall.

Only New South Wales and the Australian Capital Territory saw their ECS rise – and reach average values – in 2015.

Water professionals can see how their region has changed over the past 15 years by visiting the report's accompanying interactive data explorer aimed at making spatial information on environmental conditions easier and faster to access.

“It uses a lot of satellite and model data that if you're an expert you would be able to find, but a lot of us would have never realised it actually exists,” Van Dijk said.

“What we're putting up there is very close to what the Australian Bureau of Statistics might call bio-physical accounts, because you can get numbers by natural resource management region or by catchment or local government area.”

It's the first time the ANU has produced such a scorecard and Van Dijk said he hoped another organisation might consider taking it over.

“What we're hoping to do with this research is show that we're not scraping the bottom of the barrel yet when it comes to the information that is available on our environment,” he said.

“We don't have a mandate or an operational capability to do this in the long-term but we'll do it as long as we can until some more appropriate organisation takes it up.” 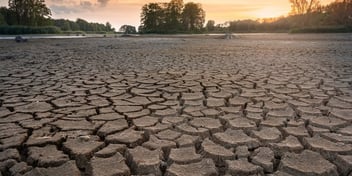