Around the world, a child dies every two minutes due to a lack of water, or access to proper sanitation or hygiene. WaterAid is trying to turn this staggering statistic around.

“WaterAid has a vision where everyone, everywhere has access to safe water, a decent toilet and hygiene,” said WaterAid Australia CEO Rosie Wheen.

“We focus on those things because we know those three things combined are essential for preventing diarrhoeal diseases.”

WaterAid began in the UK in the 1980s, when members of the water sector united to create a single organisation dedicated to the water crisis.

It now has teams in 34 countries across the world, who change millions of lives each year.

Wheen has been with WaterAid Australia since it opened in 2004 and became CEO in 2016.

As the organisation developed, she said it became obvious that change would only happen through collaboration: with the water sector, governments and the people WaterAid hopes to help.

“WaterAid focuses on changing the lives of the poorest and most marginalised people,” Wheen said.

“What’s changed over the years is realising that if we are to achieve our vision, we can’t do it one well at a time or one community at a time – we need to be smart about it.

“Of course it’s about the impact of someone being able to turn on a tap in their home, but we need to wrap that around everything else.”

Wheen pointed to Cambodia, where WaterAid Australia does a lot of work, and where more than 50% of people don’t have access to a decent toilet.

While visiting Kampong Chhnang, in the centre of the country, Wheen said she saw how important it was for organisations like hers to work with governments.

“For the first time ever, the government could see a picture of the whole province, who has water and who doesn’t,” she said.

“They can use this data to make decisions about how they respond to climate change, challenging water security issues and poverty.”

But getting local people to be champions of change in their communities is just as important.

One such leader in Kampong Chhnang is Mrs Poh, who has been spearheading an effort in her commune to make sure everyone has access to a decent toilet.

“Mrs Poh said women and girls in the community were getting raped and sexually assaulted because they had to poo and wee out in the fields and this puts them at risk,” Wheen said.

“That was why she was so determined to make that change.

“For WaterAid, it’s all about toilets – protecting people from diseases within poo – but it’s also about maintaining the infrastructure and finding leaders to bring about changes in their communities.”

WaterAid’s work feeds directly into Sustainable Development Goal (SDG) 6: Clean water and sanitation. But, like the rest of the water sector, it touches on most of the 17 aims, particularly SGD 4: Quality education.

For example, at a school in Timor Leste, Wheen met a group of girls eager to show her their new toilet block.

“Can you imagine kids at a school in Australia wanting to take you to their toilet block?” she said.

“For these girls, it was a path to achieving their dreams.”

This is because if a school doesn’t have a toilet, girls will often drop out once they start menstruating.

“So something as simple, but also complex, as making sure there are functioning, accessible toilets in schools is so important,” Wheen said.

“The SDGs get us thinking about that because there’s also a key goal around education for all … They also drive us to think about how we’re working together with Goal 17: Partnerships for the goals.”

“They work on solving the challenge, fundraising and awareness raising around SDG 6 and WaterAids’ work,” Wheen said.

“The CEOs of all the companies involved always tell me what an impact it has on their organisation … It makes my heart sing.”

Wheen said the water sector has a responsibility to stand up and meet the aim of the SDGs, which is to leave no one behind.

She said this means having conversations with others in the sector about how things can be done differently, and how knowledge and expertise can be exchanged between countries.

“In Cambodia, to achieve SDG 6, the government needs about 12,000 people within the water sector,” she said.

“Because of the devastating legacy of the genocide … they have about 750 professionals. How can we partner to get young Cambodians into the water sector?”

From teenage girls around the world who leave school when they start menstruating, to an HIV-positive Cambodian who has to collect water from an abandoned well because of the stigma of disease, Wheen said there are millions of stories that illustrate the power of water, sanitation and hygiene.

“I hope they remind all of us, as we look at the SDGs, to think about how we make sure no one is left behind,” she said.

“The water industry if one of the only, if not the only, industry groups that has signed up for the SDGs. What I call on all of us to do is think about the inequalities at the heart of that.” 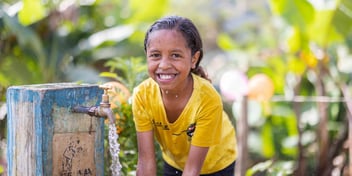 Our Water Stories: tackling lack of access to WASH with context-based solutions

Cecilia Harris
Findings from a water use study conducted by Sydney Water are offering new insights into customer behaviours, as well as offering… Read Full Paper 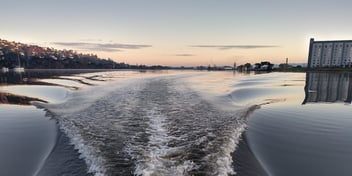 Cecilia Harris
For the past 15 years, natural resource management agency NRM North has been involved in coordinating the protection and management… Read Full Paper
Advertising