Melbourne Zoo is doing its part for water saving, with half the water used at the zoo now recycled on site.

Water is collected from rainwater runoff, overflowing lakes and elephant (and other animal) wash downs before being treated at the zoo’s on-site water treatment plant.

The plant produced 105 ML of Class A water in 2017-18, which was used for irrigation, cleaning out animal enclosures, backwashing filters, filling lakes and animal ponds, and flushing toilets.

With Melbourne water storages sitting at 55.1%, the lowest level since July 2011, Water Minister Lisa Neville said it’s important for businesses and individuals to be mindful of their water use.

“Keeping elephants clean is a mammoth task, but by using recycled water, Melbourne Zoo is setting a great example that it is possible to do more with less water,” Neville said.

“With Melbourne’s water storage levels at their lowest for almost eight years and a warmer, drier-than-average autumn expected, it’s important all Victorians do their best to be water wise at home and at work.”

Along with the water treatment plant, the zoo has installed a central irrigation control system and made planting hardy native species that need less water a priority.

It has also introduced waterless urinals in all male toilets and started a program of leak detection to find faults in its 150-year-old water pipes. 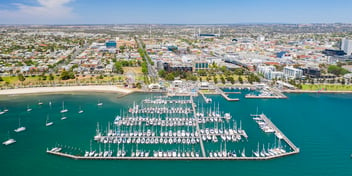 Cecilia Harris
Supporting local businesses to save drinking water is part of one Victorian utility’s strategy for a secure water future, with a… Read Full Paper
Advertising