​Tiwi woman Marion Scrymgour took over as the CEO of the Northern Land Council in March 2019; the first woman to hold the CEO position at any Northern Territory land council.

Here, she discusses healthy communities and shares her thoughts on the state of Indigenous water rights in Australia.

Australian Water Association (AWA): Tell us about the Northern Land Council – what are its aims and what are some of the current community-focused initiatives facilitated by the Council?

"A community works best when groups of local people take action together."

Many major resource developments are taking place on Aboriginal land or land that is subject to Native Title. These developments include mining and exploration projects, gas pipelines, army training areas, national parks and pastoral activities. The challenge for the NLC is to ensure that social, economic and cultural benefits flow to Aboriginal people from these developments.

Aboriginal peoples are increasingly looking to participate in planning and development activities, while at the same time seeking to protect the integrity and maintenance of their culture and traditions.

One of the most important responsibilities of the NLC is to consult with traditional landowners and other Aboriginal people with an interest in land that is the subject of a land use proposal. Under the Land Rights Act, landowners must give informed consent before any action is taken to affect their lands and seas. Achieving informed consent also ensures affected Aboriginal communities and groups have the chance to express their views.

AWA: In your opinion, what are the key elements of a healthy and prosperous community and how does the Council support this?

Scrymgour: A community works best when groups of local people take action together, based on their ideas of what is important and their knowledge of what decisions and actions will create broad and lasting community benefit.

A community-led approach to building healthy and prosperous places amplifies the voices of diverse community leaders, families and residents and builds upon existing community values, assets and capacity.

Toward this, NLC delivers its Community Planning and Development (CP&D) Program. It is a relatively new program, it has been operating for around three years. It aims to support Aboriginal landowners to use their income from land use agreements to drive their own development and secure long lasting benefits from the use of their land, seas and waters.

The CP&D Program is based on good governance and local Aboriginal decision-making at every step of the way. Aboriginal groups decide if they want to work through the CP&D Program and how much of their income will be used for community projects.

CP&D is so far working with eight groups across the NLC region. Together they have invested over $6.5 million toward projects for lasting community benefit. Nearly 30 development projects are at different stages of progress. There is strong focus by groups on culture, youth and community infrastructure.

The types of projects include: culture camps to support intergenerational knowledge transfer of lore and culture, youth diversion programs, training and employment opportunities, law and justice and upgrades to community buildings, schools and signage. The CP&D Program is an exemplar of communities working together for the betterment of their future generations, through supported governance and decision-making processes.

AWA: Could you comment on the current state of Indigenous land and water rights in the Northern Territory?

Scrymgour: We are in a unique position in the Northern Territory because we are the only jurisdiction to come under the Aboriginal Land Rights Act, which provides more secure tenure and stronger rights than Native Title.

More than half of the land mass of the Northern Territory is owned by Aboriginal people under the Land Rights Act. We also have a proportionally larger Aboriginal population than other states and territories, at around 30% of the population.

When we talk about Indigenous rights, it can include a broader view than non-Indigenous people might think of when they think about ‘rights’. For Aboriginal people rights encompass access to and use of land and water but also takes in, for example, the responsibility to conduct ceremonies, to care for country and to ensure the continuing capacity to fulfil these responsibilities.

Australia-wide, institutionalised inequity is as embedded in water distribution as it is in many other sectors. Where rights to land have been granted, this often has not translated into rights to water. Many river and groundwater systems are now over-allocated and Aboriginal interests have simply been left out. We are fortunate in the Northern Territory not to have the disastrous situation seen in the Murray-Darling Basin but that is more due to our remoteness and small population than good planning. Even here, there are over-allocated systems.

Our First Nations people have also largely been excluded across the country from decisions about water use and water management.

AWA: In terms of Indigenous land and water rights policy, what would you like to see change in Australia? How do you think these changes should be managed?

Scrymgour: The NT Government is currently introducing a change that is an important step forward for the recognition of Aboriginal water rights. There is a Bill before the NT Parliament that will establish Strategic Aboriginal Water Reserves under the legislation. The reserves set aside an allocation of water for the purpose of Aboriginal economic development.

Aboriginal people in the Northern Territory see land and water as one entity. For Aboriginal people in the NLC’s area, the separation of the two is incongruous. But we know activities on land impact water systems and vice versa. I would like to see a more holistic, strategic approach by government that better reflects this view, for example by integrating land and water planning.This is something that traditional owners and land councils have been campaigning for, for a long time and it will go some way to addressing an historic inequality. I believe it is an Australian first and I’m sure it is a policy that Indigenous people in other jurisdictions would like to see adopted.

"Too often reforms ... have been introduced and then thrown out by the next government."

The expertise of Aboriginal people – and what that could contribute to land and water management – should be given much more recognition. In the NT, where culture has been less disrupted by removal policies than in other jurisdictions, traditional owners have effectively managed their country for tens of thousands of years and continue to do so today. They have an understanding of the environment and detailed knowledge of their country that has been built up over generations, through daily observation. This knowledge should be integrated with western science to improve data, inform decision-making and result in better outcomes. Water planning should be based on rigorous science, including traditional science.

Aboriginal positions should be reserved on relevant boards, committees and other such bodies overseeing land and water planning, policy and management. This would serve a dual purpose, ensuring a voice for Aboriginal interests while also allowing the body to benefit from Aboriginal understanding of country and traditional knowledge. The most recent water plans being developed in the NT include recommendations to establish Aboriginal reference groups, which is a positive step.

Traditional owners and Indigenous ranger groups should be supported in the important role of caring for their country, including through secure, ongoing funding. They can be engaged alongside scientists in river assessment, monitoring and management. There are individual examples of this happening, but it needs a policy shift to become standard.

In water planning in the NT and elsewhere, allocations for environmental flows are assumed to incorporate cultural flows. Although there is a degree of overlap between the two, it is important to acknowledge that they are not the same. It is important for Aboriginal people that water planning recognises and protects the distinct and diverse cultural values and usage of an area, including traditional values and sacred sites but also daily living on country.

Too often reforms, such as those I’ve mentioned, have been introduced and then thrown out by the next government. I would like to see our politicians putting aside their party politics and agreeing to do what is needed to both recognise the rights, interests and responsibilities of Australia’s first peoples and give our land and waters the protections they need.

First published as ‘Water for Country’ in Current magazine October 2019.

Northern Territory leads the push for a new water CRC

Cecilia Harris
The Northern Territory (NT) may soon be home to a new Cooperative Research Centre, with the launch of the Water in Northern… Read Full Paper 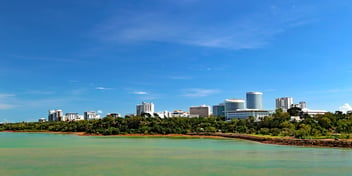