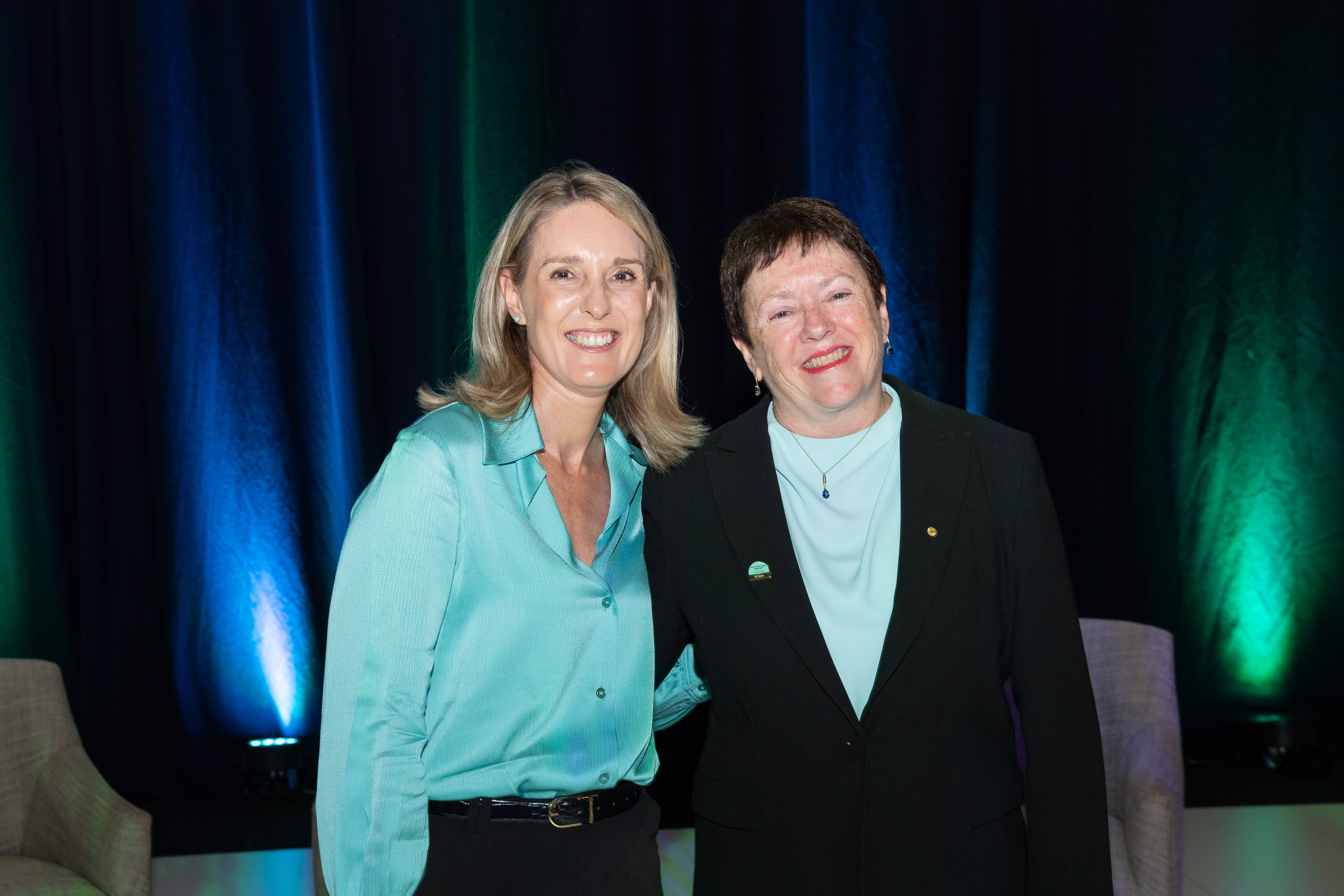 The Australian Water Association pays respect to Carmel Krogh OAM for her contribution over many years, including 9 years on AWA's Board and as National President from 2019-2021. Corinne Cheeseman presented Carmel with her 30-year AWA Membership Pin at Ozwater'22. The presentation of the membership pin comes at a significant time as we farewell Carmel as the Association's Immediate Past President on AWA’s Board. Carmel has served the maximum term as a Director on AWA's Board.

In addition to being a member of the Association for over three decades and serving as President for 2 years, Carmel has played a crucial role as Board Member since 2013. Carmel is a central figure in the water sector, beginning her career as a trainee engineer with the Metropolitan Water Sewerage and Drainage Board (now Sydney Water) in 1980. She has made a significant contribution to the water sector and to the advancement of women. She was the first female to graduate from the NSW Institute of Technology (now UTS) in Civil Engineering.

Carmel has had many years of experience in several senior roles within the local government and private sector and worked as an Infrastructure Advisor for the Australian Aid Program. She now works as an independent consultant in the water sector and is on the Water Utilities Australia and Permeate Partners board.

Past President Francois Gouws said he felt "privileged" to work closely with Krogh during his six years on AWA's Board. "Carmel is an incredible person who cares deeply for the water industry and the people who work within it," he said. "I have the utmost respect and admiration for Carmel and her ability to comprehend and drive a good outcome. She is an inspiration and example to so many of us."

Corinne Cheeseman, AWA’s CEO, said: “I feel extremely lucky to have worked closely with Carmel in my first year as CEO of the Association. Carmel’s connection to AWA’s history, from the Branches through to the President of AWA’s Board, means she has been with AWA during times of significant change. Her leadership and commitment have been outstanding, especially as we navigated the challenges of the Covid pandemic”.

A night of celebration for the Northern Territory’s water sector

By the bubbler with Carmel Krogh OAM