Improving gender diversity within water utilities isn't just the right thing to do, it also makes good business sense, according to Ernst & Young.

The global professional services firm has released its 2016 Women in Power and Utilities Index, which found the percentage of female board executives has not improved in the past year.

Women currently represent 5% of board executives and 16% of board members in power and utilities.

“The first and most important argument is that it's a human issue – we simply can not foster a society where portions of society aren't encouraged to form part of the leadership and strategic discussion,” he said.

The index found that over the past three years the number of women on boards had increased only 1%.

Rennie said in some aspects the situation in Australia was better than average.

“When we look around at the CEOs of various companies in Australia we are reasonably well represented,” he said.

“But then when we move down to the management teams and up to the boards, females are very under-represented.”

One woman who has made it to the top is Queensland Urban Utilities CEO Louise Dudley, who has been profiled as part of the EY inspiring women series.

Dudley called on utilities to develop an inclusive workplace culture.

“When an issue is given attention, people start thinking about it and making it a priority, and that’s when change occurs,” she said.

“In 2014, Queensland Urban Utilities introduced a Women in Leadership Group to promote and harness the potential of women in our organisation.

“The ever-expanding group recently introduced a mentor program, which has seen a number of males in senior roles volunteer to mentor aspiring female leaders.”

Dudley said it was equally important to create a work environment that was sensitive to work-life demands.

“One that encourages people to perform work they value, while offering the flexibility to manage family commitments. I think flexibility is the key to having well-rounded employees, regardless of gender,” said Dudley, who joined QUU as Chief Financial Officer in 2010.

She said women too had a role to play in improving female representation.

“Women need to take more risks and apply for jobs that stretch them. They need to talk to the their managers about their ambitions and seek out mentors whom they admire and strive to emulate,” she advised.

“It’s also important to network with like-minded people … it’s a great way to share ideas and knowledge, raise your profile, increase your confidence, and, if you’re lucky, unearth some life-changing opportunities.”

Rennie added that women would be vital to ensuring the water industry succeeded in the future.

“The convergence of telecommunications, consumer products and utilities that's now going to hit the water and electricity sectors over the next ten years means we can't think that what we need to do tomorrow is the same as yesterday,” he said.

“We actually need to be thinking strategically, bringing in fresh ideas and encouraging diversity as much as we can.”

Louise Dudley to farewell Urban Utilities after decade as CEO

Cecilia Harris
Following a decade of leadership, Urban Utilities CEO Louise Dudley will conclude her time at the head of the utility in August… Read Full Paper

Why are women underrepresented in water?

Cecilia Harris
That the Australian workplace has a gender diversity problem is no secret. Despite one in two Australian workers being women, just… Read Full Paper 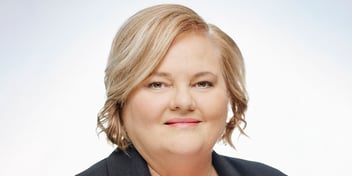 Cecilia Harris
Soon to step down from the position of CEO at Urban Utilities after more than a decade in the role, Louise Dudley has led an… Read Full Paper
Advertising