Water security: is it time to put recycled water back on the agenda?

The end of the millennium drought and uptake of desalination saw major water recycling projects put to the sidelines across Australia. But as climate change continues to see a drier Australia with increasingly unpredictable rainfall, many industry experts are calling for recycled water to be put back on the table as a climate-independent water source that can build long-term resilience in water supply and security, writes Josh Hoey.

Australia’s relinquished attempts at water recycling – Toowoomba in 2006, the Sunshine Coast in 2010 – get a lot of attention. Yet the reality is Australia already recycles water at substantial levels compared to similar nations. Whereas North America recycles 3.8% of treated wastewater, Australia re-uses 19%.

However, the vast majority of that 19% is for non-potable uses in agriculture and mining, and still represents just 4% of Australia’s total water supply. Australia is still heavily dependent on rainfall and catchment extraction, especially for drinking water.

Despite the Productivity Commission, in 2017, calling for state governments to seriously consider water recycling for indirect and direct potable re-use, there have been no new potable re-use projects since Perth’s groundwater replenishment program started banking recycled water in Perth’s aquifers in 2017.

Most in the industry agree that when it comes to potable re-use, whether direct or indirect, public perception is still the biggest barrier.

“In a nutshell, it’s down to public acceptance rather than technical issues,” said Dr Declan Page, group leader for groundwater contamination and remediation technologies at CSIRO.

Toowoomba and the Sunshine Coast cast long shadows, and are oft-cited examples of how easily public perception around recycled water for potable use can quickly become politicised with dire consequences. Indeed, the Water Services Association of Australia’s 2019 report on potable re-use focuses almost exclusively on lessons about community engagement from successful schemes in other countries.

"In a nutshell, it’s down to public acceptance rather than technical issues."

In Western New South Wales, Orange needed to quickly develop a solution to chronic water shortage after many years of drought: a stormwater to potable scheme to build resilience into the city’s water supply system.

The city has now been recycling stormwater since 2009, and has an average annual harvesting potential of 1350 ML, or 25% of Orange’s annual unrestricted water demand. Cost was a key factor in deciding on stormwater to potable re-use.

“The cost of the stormwater harvesting system is more economical than pumping water approximately 39 km from the Macquarie River,” Francis said.

“At a meeting in early February 2020, Council resolved to investigate wastewater recycling to supplement the city’s water supply,” Francis said.

Page also sees aquifer recharge and water banking as a way to reduce public resistance to potable re-use, and essential for building long-term resilience in the water cycle.

Australia uses managed aquifer recharge (MAR) largely for non-potable urban stormwater and mine water re-use, and it’s increasing annually, but we currently replace only 8.3% of the groundwater we use annually.

Page points to research that shows increased public acceptance of potable re-use schemes when they use natural buffers like aquifers to bank purified wastewater.

“Australia needs a national policy on water banking. A good example is the Arizona Water Banking Authority,” he said.

When it comes to recycling for non-potable uses, the economics quickly become the major hurdle.

“The cost of infrastructure to supply is the main barrier, with a close second being restrictions on the type of use,” said Saskia Kempener, Leader Treatment Master Planning at Queensland Urban Utilities.

A 2016 review of the critical risks to the long-term viability of residential non-potable recycled water schemes found unanticipated operational costs to be a key critical risk.

Industry experts similarly agree that “the inability to demonstrate an incontestable business case,” poses a significant risk to the long term viability of such projects, followed by political and social factors.

For many years, SA Water has been successfully running one of Australia’s largest non-potable re-use schemes, supplying water for agricultural use around Adelaide, and market research has been key to its continued success.

“Our advice is to research and ensure the demand is there before starting a non-potable recycling project,” said Jamie Hollamby, SA Water’s General Manager for Business Services.

“In NSW, the Industry Pricing and Regulatory Tribunal (IPART) make it uneconomical to treat and sell recycled water. If Sydney Water is forced to sell recycled water for under the cost of production, why would they recycle if they lose on each litre?” he said.

Research Principal at the Institute for Sustainable Futures Dr Rachel Watson sees a need for changes to the regulatory framework in NSW to remove economic barriers and encourage further investment in wastewater recycling.

"We need to think about how we can make what we build now more adaptable to future scenarios.

“For precinct level wastewater recycling schemes like Barangaroo and Central Park, residential wastewater charges are largely flat charges. They make no allowance for the massive reductions in discharge that these precincts bring. They greatly reduce the burden on the central water system,” she said.

The project developed a national road map and validation framework for recycled water treatment systems based on the Australian Guidelines for Water Recycling, but stalled during stage two.

“It didn’t get enough traction after the drought, and wasn’t fully implemented,” Page said.

Page said the design of such projects also needs to change.

Ultimately, Watson says, there needs to be a change in mindset around how such infrastructure is planned and built.

“There’s resilience benefits to lots of smaller investments, rather than waiting till an absolute crisis and then investing in a huge desalination plant or potable reuse scheme that will set us up for the next 30 years, when really we don’t know what we’ll need in 30 years,” she said.

Watson points to Superstorm Sandy in the US, where a private water utility running 45 small-scale recycled water facilities was able to maintain operations through the storm, while the large centralised system lost power, failed, and was out of operation for weeks.

“We need to think about how we can make what we build now more adaptable to future scenarios,” Watson said.

The $8.75 million project centres on a solar-powered water recycling facility using chlorination, in-pipe UV and disc filters to treat wastewater for public space irrigation around town. It delivers 2 ML/day, reducing demand on limited potable supplies and ensuring public spaces are green, even through periods of drought.

The plant runs only during daytime solar production and at off-peak energy hours. By designing a fit-for-purpose recycling plant, the project’s energy footprint is 46% smaller than the base concept design, with such sustainability measures costing only 1% of the total project cost.

“Research dollars in the water sector in the past have had substantial benefit to cost ratios, and compared to other countries and industries, we are currently underinvesting in research,” she said.

It’s a sentiment echoed by Page: “Invest in good research trusted by the public and have well-documented demonstration pilot sites in each state.”

Hollamby, too, calls for research focused on markets and economic viability: “Consultation with end users is paramount, to understand what their water needs are and whether implementing a scheme is cost
effective and will be fit for purpose,” he said.

Ultimately, the worsening impacts of climate change and extreme weather events are already driving a consensus among businesses and the wider community that things need to change. Hollamby said there’s already increased awareness that water is a constrained, variable and finite resource.

“More and more, people are recognising that a climate-independent source of water is a better alternative.”

SA Water is in the process of more than doubling the amount of recycled irrigation water produced by the Bolivar Wastewater Treatment Plant, which processes about 70% of Adelaide’s metropolitan wastewater.

The $155.6 million Northern Adelaide Irrigation Scheme (NAIS) will see the production of recycled irrigation water from Bolivar increase by 60% to 12 GL annually, and is scheduled to produce the first water to agricultural customers early this year. The project is jointly funded by the South Australian and Australian governments through the National Water Infrastructure Development Fund.

NAIS includes a new advanced water recycling plant with the Bolivar facility, additional above- and below-ground storage, and a 31 km transfer main and distribution network. SA Water and the state government see the project underpinning new agribusiness investment in the Northern Adelaide Plains.

“Once connected to the scheme, customers’ irrigation water costs will reduce from around $3.40/kilolitre, which is the current tier two drinking water price, to $0.80/kilolitre.”

Independent modelling of stage one of the NAIS estimates the project will attract $1.1 billion in new private sector investment, create 3700 jobs, and add $578 million to gross state product. The utility is currently looking at the feasibility of a second stage  that would supply 14 GL of recycled wastewater to the Barossa Valley and surrounding wine regions.

Supertree Grove and Cloud Garden, Gardens by the Bay, Singapore.

When it comes to successfully developing and launching a recycled water for potable use project, research and international experience show early community engagement is essential to overcoming perception issues often cited as the largest hurdle.

Since 2003, Singapore’s Public Utilities Board has been producing NEWater: recycled water for potable use.

“Singapore is widely acknowledged as a leader, as they have very restricted sources of freshwater. They market their ‘NEWater’ product very, very well,” Wright said.

The reservoir augmentation project produces 560 ML per day, serving a population of 5.6 million. The utility used a demonstration plant to help the public understand recycling technology, and a visitor centre to increase public awareness and education on the safety of recycled water for potable use.

The US state has been using recycled water for potable use in Orange County since 1976, with additional projects expected to start producing water in 2023 in San Diego and 2025 in San Jose.

Community leaders and key influencers were recruited as advocates for recycled water. From 2023, San Diego will start producing 314 ML per day to augment drinking water reservoirs for 1.3 million people.

Like Singapore, the project relied on a demonstration plant to educate the community about the technology. Before launching its recycled water for potable use project, San Jose is relying on an abundant information campaign with a strong online presence to foster understanding of the water cycle and water recycling.

Business leaders from high profile companies have been enlisted as part of the campaign. The focus was on vocabulary, imagery and sequencing of messages.

This story was originally published as ‘All options open’ in Current magazine April 2020. 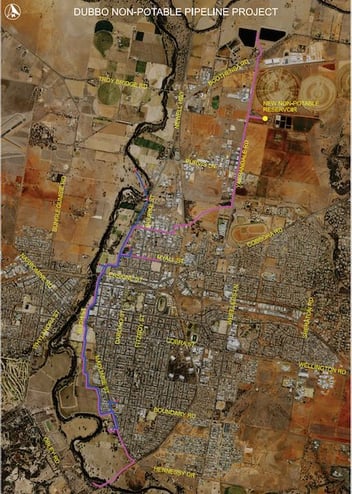