While the food and beverage industry is a water intensive sector, until recent years, reuse initiatives have been slow to be implemented due to gaps in legislation and concerns around hygiene. However, water quality regulatory reforms have started to enable more innovative recycling initiatives to take off.

As an example, one brewery reduced water consumption from 3.8 litres per litre of beer to 2.2 litres per litres of beer with the implementation of a recycling plant, achieving 70% re-use for non-product applications onsite.

The project also led to a reduction in the chemicals required for cleaning, cooling towers and boiler water treatment, with a significant amount of soluble organics in the wastewater converted into biogas using a high-rate anaerobic treatment process.

The approach not only reduced the company’s environmental footprint, it enabled the brewery to maintain cost-effective production amid fast changing water consumption limits during the Millennium Drought.

During the 2000 to 2008 drought, a lot of pressure was placed on the food and beverage industry to significantly reduce water usage, which coincided with a shift in water quality regulation, Hertle said.

“There were some pretty big drivers for this project back with the drought. At the same time there was a focus on recycling water, but the approach to drinking water guidelines had also developed to become more risk-based,” he said.

“This way of managing risk — using the HACCP [hazard and critical control point] approach — was already in place in the food and beverage sector for some time. It was great to see the water industry adopting the principles that had been in use for some years already to ensure food safety.

“This introduced more flexibility in terms of the approach that was taken towards water sources and how they could be reused. It really helped recycled water efforts, but there was also pressure for industry to change.”

Hertle said that when water restrictions were introduced, the food and beverage industry had to adopt government directed water efficiency management plans.

“In Queensland, companies had to show what their current water usage was and how they were going to achieve 25% water reduction, or demonstrate that they were achieving world best-practice in water management,” he said.

“The brewery saw this as a risk to their business as they had already done a lot of what they could in terms of water use reduction initiatives.”

“They realised they were not going to be able to reduce their water use by a further 25% again without changing their processes significantly,” Hertle said.

“So rather than risk the impact on production due to mandated decreases in water use, they decided to look at other options. That’s when GHD got involved.”

At the time, the brewery was discharging wastewater after pH correction and equalisation. GHD began the process of developing a high-level options assessment report, looking at how the company might begin to recycle its wastewater streams.

“We looked at three options. One involved a limited amount of recycling internally, in certain areas. Another option was the installation of a treatment plant to supply recycled water to parklands and a large stadium for irrigation,” Hertle said.

“The other option was to attempt to take all the wastewater and recycle it for processes within the brewery. After they decided to go with the third option, we put together a concept design to develop better costings associated with the project.”

Hertle said that while the brewery had the right level of internal reuse demand, the design process was complex due to space restrictions to build the new facility.

“The brewery is only a couple of kilometres from Brisbane CBD. While the brewery was once located in the outskirts of the city, when it was built over 100 years ago, it’s now nestled into an area that is highly populated,” he said.

“The only space we had to build the recycling plant was relatively small. And the only way we were able to achieve that is to look at particular technologies that use tower reactors, they are quite tall, standing at about 28 meters high and look similar to many other vessels that store beer on site — so that fitted in well with the existing infrastructure.”

Hertle said while there were a few different technology providers that produced this type of tower arrangement, there were still other hurdles to manage, including the need to design and build a pipe network throughout the site to enable reuse.

“We ended up installing a new pump station, and also building a whole network of pipes to get the recycled water to where it was required through an operational facility. This was quite a complex job.”

Hertle said there were a lot of early discussions about the site's internal demand for recycled water, and where the recycled water could be used. The scope of appropriate reuse ended up changing, however, due to the high standard of water being produced from the onsite plant.

“Originally, they weren’t going to use the recycled water for final rise of brewing and fermentation vessels, but it turned out the water coming from the onsite facility we were helping them with was a better quality water than the local city supply,” he said.

“The main technology used is an IC reactor; it’s a high-rate granular sludge anaerobic treatment system. The wastewater goes into the bottom and you pass it upwards through the anaerobic bacteria within the vessel.

“The bacteria convert the organics to methane, which is collected by gas-liquid separators and carried to the top of the vessel. The secret to the system is that there are intermediate separators, which allow you to run a very high upflow rate without washing out the bacteria, because you are removing the gas halfway up.

“Other elements of the treatment process included a granular aerobic stage and various solids separation, salt removal and disinfection stages.”

Hertle said the technology provided a lot of benefits for this particular project, as it treated the brewery’s wastewater to an excellent quality, while also fitting within the small space available on site.

The project cost $15 million, including a $5 million grant from the state government, achieving an investment payback of around 5 years.

But Hertle said he suspects a similar project completed today would have a faster payback period, due to the increasing price of potable water and recent improvements in the technologies available.

“If I were to do the same project today, we now have access to new proven technologies such as membrane bioreactors.

“I would now replace a few of the process steps with this more advanced technology, which would also save more money on the capital cost and reduce complexity of operations.” 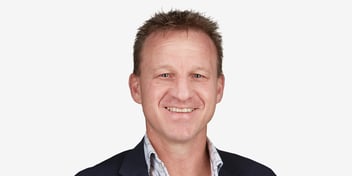