Forward-thinking water management strategies have paid off for the central New South Wales (NSW) town of Parkes, which has a healthy water supply despite the current drought.

Its latest water-saving initiative is a new water recycling scheme, commissioned in October, that is capable of producing up to 2 ML of water per day. The plant is supported by solar power to offset the energy costs of treating and transporting water.

The recycled water will be used to irrigate public parks and sporting fields, allowing PSC to maintain green spaces during the drought while reducing demand on potable water.

“By replacing potable water used to maintain the town’s public spaces with recycled water, Parkes will be able to efficiently handle the extra demand placed on its water supply.”

The IWIP, including the water recycling scheme, was championed by PSC Director of Infrastructure Andrew Francis, who was named one of the Australian Water Association’s NSW Legends of Water recently.

This accolade recognises the achievements of water industry professionals who are committed to creating a more sustainable future and have devoted their careers to promoting the importance of water.

“Andrew has worked tirelessly to improve our water servicing … which has certainly put Parkes in good stead during the current drought,” he said.

“[He] recognises the importance of our water supply as an economic activator and is committed to strengthening our long-term water security, not just for Parkes, but for the whole region.” 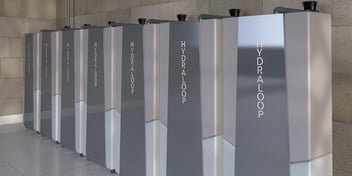 Cecilia Harris
In an Australian first, Sydney Water has launched a new pilot program that aims to recycle and reuse between 25% and 45% of… Read Full Paper 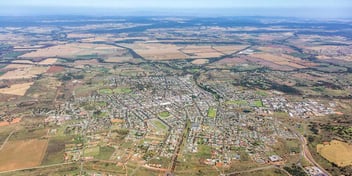