Non-revenue water losses have plagued utilities for years, yet efforts to stem the flow are hampered when funding comes into play. But with the price of water rising and the cost of technology falling, things are at a turning point.

The Bureau of Meteorology reports non-revenue water loss in Australia in the past five years at 878,027ML, averaging approximately 10% of utilities’ system input.

Causes of water loss include real or physical losses, such as leaks in a system’s network, and apparent losses, such as metering inaccuracies and unauthorised consumption.

Pure Technologies’ Regional Director Hugh Chapman said that compared to other parts of the world, non-revenue water in Australia is a small problem.

“The International Water Association puts the worldwide cost of leakage at US$10 billion per year. But by international standards, Australia performs at the better end of the scale,” Chapman said.

“For example, it’s not uncommon for utilities in south-east Asia to lose half of their water due to leakage.”

Despite Australian utilities’ performance, non-revenue water still requires consistent monitoring. Changes in non-revenue water are an indication of network health and data management efficacy – issues that can have a significant impact on a utility’s bottom line.

To date, economic equity has taken priority from a business perspective, but Savage said resource and social considerations are likely to require more attention in the future as pressure on water resources intensifies.

“For utilities that say their levels of non-revenue water are too low to justify long-term investment, my answer is this: that might be the case now, but in 10 years’ time it’ll be a different story,” he said.

“We have an obligation to the communities we serve to use our resources sustainably at all times.”

Advances in technology are beginning to tip the balance and challenge previously accepted norms.

“New technologies are available, they are cheaper than ever before and, at the same time, the price of water is rising,” said WaterGroup Managing Director Guenter Hauber-Davidson.

“When you put these three factors together it becomes clear that the ELL can no longer be 10% – it should be more like 5% or less.”

“Measuring the inflow into the network is the priority; you can’t determine anything until you know the mass you’re dealing with,” he said.

“There is considerable error in mass balances due to the use of average customer demands, meter inaccuracies and meter reading lag. Use of automatic meter reading [AMR] technology in the future will substantially reduce that number.”

NRW reduction in Australia falters not because of something that’s there, but rather what’s missing: without reliable network data, it’s hard to justify investment in technology.

Further to this, return on investment isn’t adding up just yet, with pre-emptive leak detection, real-time system reporting and tailored customer billing still a pipe dream for many utilities.

“The bigger-picture issue here is that to solve a problem you need to invest money into it,” Savage said.

“And this isn’t a one-off or a program-type investment; this investment would need to be sustained indefinitely.”

Although everyone agrees on the investment conundrum, Knight said that if utilities stall, then it’s only a matter of time before the market decides for them.

“You’ve got to have bold leadership within an organisation to make the move,” Knight says.

“The availability and cost of water, balanced in conjunction with the lowering cost of technology, will eventually tip the balance.”

Read more about non-revenue water and how utilities can respond in the latest issue of Current magazine here. 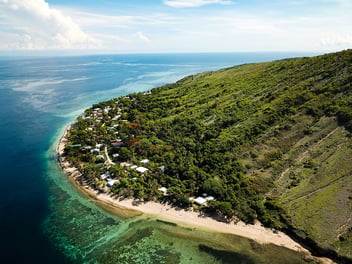 Lessons Learnt from our Regional Communities