Melbourne Water has announced plans to develop two new solar farms to power its operations, as part of its commitment to become carbon neutral by 2030.

In a tender launched late last month, the utility called for expressions of interest for the design, construction and operation of two solar farms: one close to its Eastern Treatment Plant (ETP) in Bangholme and a second at the Winneke Water Treatment Plant near Christmas Hills.

The ETP processes about 330 million litres of sewage a day, or about 40% of Melbourne’s total output.

In a statement, Melbourne Water said using renewable energy to help power its treatment plants was an important step towards achieving its 2030 goal, alongside other initiatives including hydropower and environmentally-friendly changes to its vehicle fleet.

“The establishment of a new onsite solar farm to help power ETP is a practical way for Melbourne Water to cut its greenhouse gas emissions and tackle climate change,” the utility said.

Melbourne Water began the transition to a zero emissions fleet in March this year, starting with two electric passenger vehicles.

Then Procurement Manager Rod Clifford said, at the time, that all Melbourne Water passenger vehicles would be zero emission models by 2023, followed by its light commercial vehicles.

He described the investment as a “no-brainer”.

“Melbourne Water is all about enhancing life and liveability through healthy people, healthy places and a healthy environment, so a bold transition to a zero emission fleet makes sense for us,” Clifford said.

“On sunny days the entire water treatment plant can be 100% powered by renewable energy, with any excess being exported to neighbouring properties via a grid connection,” Dancey said.

“On its first full day of operation, the system produced enough energy to supply 70% of the daily requirements for the plant, which produces clean drinking water for Hamilton, Dunkeld and Tarrington.”

SA Water has also embraced solar. It plans to install 152 megawatts of solar power in order realise its goal of achieving zero net electricity costs by 2020.

In July, SA Water CEO Roch Cheroux said the organisation was by nature energy intensive but the business had adopted several energy-saving measures.

He said neutralising the utility’s electricity costs, which reached $55 million for 220 gigawatt hours in 2016-17, would provide an operational saving that could be passed on to customers.

“Our range of energy initiatives like biogas and hydroelectric generation, and trading as a market participant, has cut more than $3 million a year from our electricity bills since 2013,” Cheroux said.

“Scaling up our solar capacity will jolt our energy management program towards our goal of zero net electricity costs by 2020.”

The Melbourne Water expression of interest period will close on 27 November.

Water Source
SA Water continues to make great strides in its plan to achieve net-zero electricity costs by 2020, with the installation of five… Read Full Paper 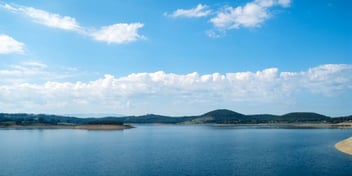 Cecilia Harris
Melbourne Water is about to begin preparatory works on its second major solar farm, with construction planned for the northern… Read Full Paper
Advertising