This year the Australian Water Association and Water Services Association of Australia are proud to partner in this year's International Women's Day as we #BreakTheBias.

AWA Chief Executive Corinne Cheeseman will host a panel discussion that will explore the career journeys of three exceptional female leaders in the water sector. As we work together to #BreakTheBias, our panellists will celebrate what the water community has achieved and our aspirations for a diverse, equitable, and inclusive world.

Your amazing female leaders are: 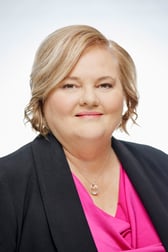 She is also currently a non-executive Director of WaterStart.  As well as being a Chartered Accountant, Louise holds a Bachelor of Commerce from the University of Queensland, is a Graduate Member of the Australian Institute of Company Directors and is an Engineering Executive. 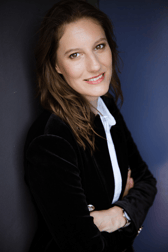 t Riley was introduced to ‘water’ as an undergraduate engineer doing in-course work experience with a local government organisation. Before she knew it, she was hooked into what has become a varied, challenging and rewarding career in the sector.

Margaret initially stayed in local government, focussing on stormwater and flood management, leading projects to naturalise stormwater channels, and coordinating local community environmental action groups. From here she joined Sydney Water via its Graduate Program, enjoying a variety of roles and experiences across the utility’s diverse operating space. She contributed to and ultimately led initiatives in asset planning, knowledge management, asset risk management, IT software projects, R&D, business improvement and organisational change. She found her passion in project delivery and led significant projects across networks, treatment and facilities including as a Senior Project Manager and Alliance General Manager.

In 2018, Margaret joined Tier 1 construction company John Holland – one of Australia’s leading players in water and wastewater infrastructure - supporting the Melbourne Water Capital Works Program. In 2019, she was appointed foundation Program Director for the Regional Treatment Plants Program in Queensland with Urban Utilities. In early 2021, she joined John Holland’s Infrastructure Business Unit Senior Leadership Team as the General Manager for Water, with her role extending later that same year to include business optimisation. Currently, Margaret balances her time between her water sector responsibilities and cross-business continuous improvement and strategy. 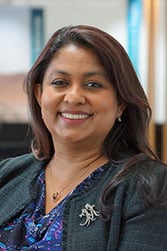 23 years of experience in the water sector across a range of leadership roles. Dona is passionate about seeing women fully represented in all aspects of society, particularly in leadership, decision making, and in traditionally male-dominated fields.

Dona is leading the way holding a number of other leadership and board roles. She is the current Chair of South-East Monash Legal Services, past Chair of Women’s Health in the South East and sits on the Board of the Institute of Water Administration. She is also a Member of the Australian Institute of Company Directors, holds a Masters in Public Policy and Management and a Bachelor of Engineering.

Outside of these roles, Dona has two teenage sons, is a pushover for animals and is an optimist at heart.

We encourage you to register and join the celebrations of all women who've contributed to water across the country and the world.

This online panel session is open and free to anyone who would like to join.

By registering for an Australian Water Association (AWA) Event, you agree to accept the following Terms and Conditions.