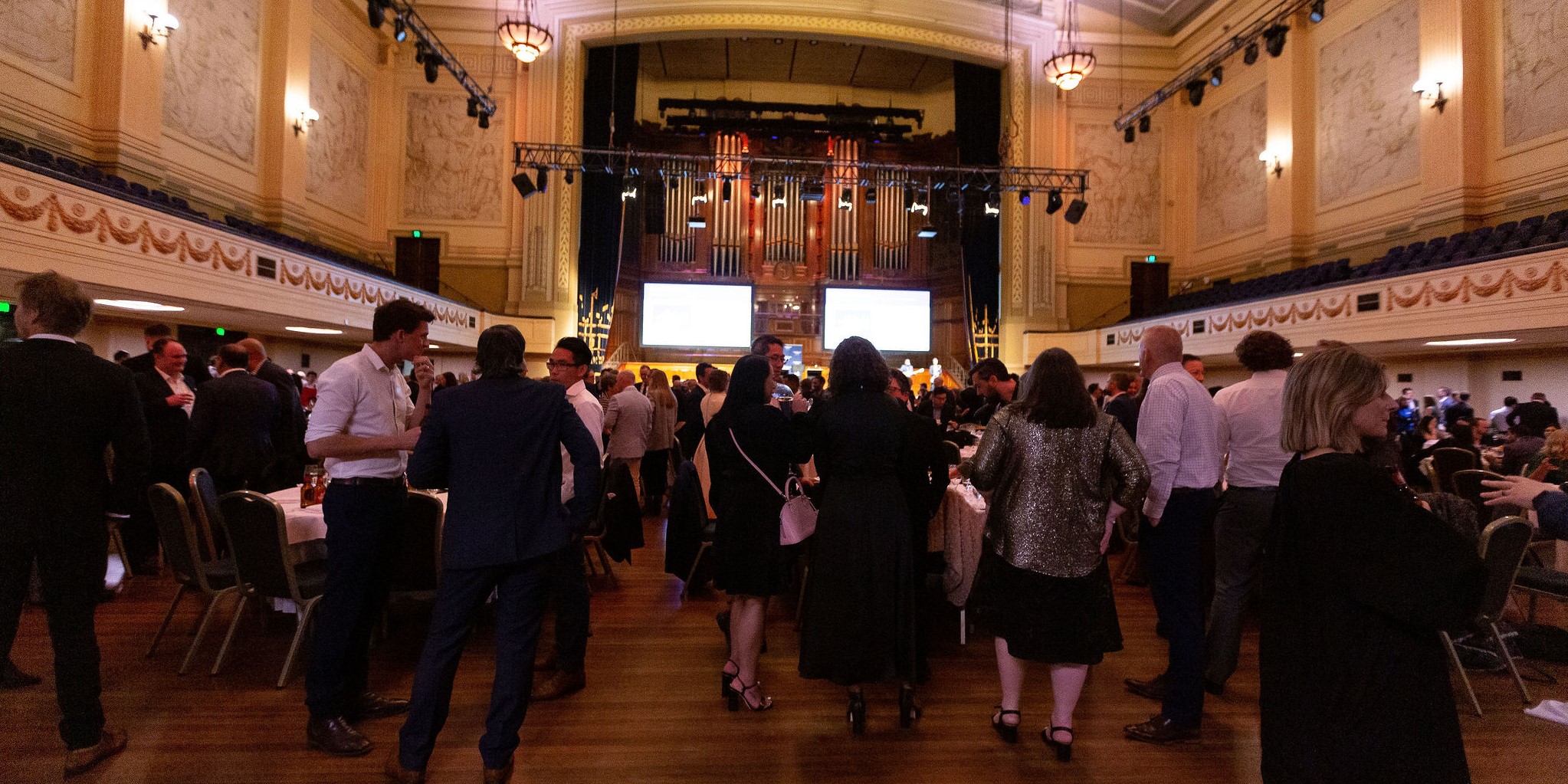 The Victorian water sector gathered in numbers to spotlight its highest achievers at the AWA VIC Gala Dinner and Awards Night on Thursday, 3 November. Hosted at Melbourne Town Hall on the traditional lands of the Eastern Kulin nation, the evening celebrated the fantastic work and innovations achieved across the Victorian water industry. Likewise, the evening paid tribute to the service of the plethora of water professionals who could not attend, given their role in Victoria's flooding disaster recovery.

Winners of the Victorian Awards are showcased on the AWA Website, and photos capturing the celebration can be viewed in our photo gallery.

Both the Victorian Branch President, Shay Xie and Young Water Professionals Chair, Christopher Lee, recognised the service of volunteers from the Branch and Young Water Professionals Committees to support the AWA. Shay also commended the contribution of Amanda Hazell as Immediate Past President, alongside the volunteers who contributed towards judging award nominations.

The AWA would like to thank our sponsors for their generous support, which made the event possible:

If you or your organisation were not a part of the awards this year, we hope you will submit a nomination and attend next year to celebrate our sector's progress in securing a sustainable water future.

Celebrating the winners of the VIC Water Awards