After winning WaterAid’s global 2018 Winnovators Challenge, Sydney Water’s Team Praan were off to India for the experience of a lifetime. Here, team member and process engineer Chris Raynor shares the details.

“Travelling to India in March was a once-in-a-lifetime experience,” Raynor said.

“We had the opportunity to learn from WaterAid’s program team on the ground in New Delhi and Lucknow and witness firsthand the impact of WaterAid’s work in improving the quality of life of those on the fringes of society.

“I can honestly say I have never seen people so happy just to have a tap in their home and communal toilets.”

By employing a human-centred design approach and using 3D printing technology, the team prototyped and tested their device in Australia before being invited to pilot it in a live twin-pit latrine in Sunwa, Uttar Pradesh.

“The day we installed the PooSwitcheroo was one of the proudest of my career thus far,” Raynor said.

“It’s one thing to design something here in Australia, but installing it in the real world is a totally different ball game.

“What struck me the most was the industriousness of the Lucknow locals who hosted us and their willingness to try something new. We didn’t need to convince them of the valve’s benefits, they wanted to see it in action for themselves and without their buy-in that wouldn’t have been possible.”

While in India, Raynor and his colleagues also spoke to Delhi Jal Board, the primary water utility in New Delhi, which services over 25 million customers, about the challenges it faces with a growing population and climate change.

“I gained a much greater appreciation of the global scale of the water security crisis,” Raynor said.

“In Sydney we are focused on drought response, but in Delhi their situation is equally serious to say the least. It gives you perspective on the scale of climate change and the proactive strategies we need to put in place to preserve our most precious resource.”

If you’d like to learn more about WaterAid’s Winnovators challenge and how you can get involved, visit the website. 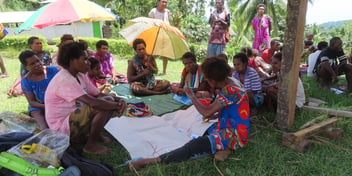 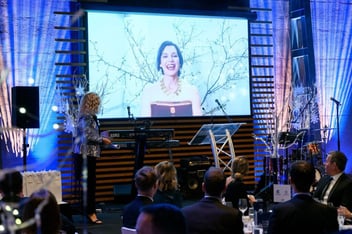