Mussel shells and sugar were all 18-year-old Uriah Daisybell needed to start engineering a solution to contaminated water in his community.

Daisybell began experimenting with his ‘deadly heavy metals’ filter while living in the Kimberley in outback Western Australia. This is a region that has faced numerous water quality concerns, particularly high levels of nitrates in remote areas.

“In my community the water tastes really bitter,” Daisybell said.

“I thought the filter could benefit communities like mine and others further out from major towns.”

He kept working on the idea as a year 12 student at Christian Aboriginal Parent-Directed School (CAPS) in Coolgardie, about 550 km from Perth.

The resulting prototype uses charcoal, neodymium magnets and carbon-coated mussel shells – all materials that are easy to obtain locally – to filter contaminants from water.

“Charcoal is already used as a really good source of filtering and it’s widely available in Australia; it’s even used in barbecues,” Daisybell said.

“The magnets are really powerful, so any metal traces will hopefully get stuck to them.”

But the genius lies in the carbon-coated mussel shells, which Daisybell cooked up by coating shells in sugar and roasting them in a fire.

“Mussel shells are easy to come by … the real challenge was carbonising the sugar,” he said.

“I had to go outside and make a little fire and cook them … [In the filter] they’re really tightly compacted so they stop dirt and other things in the water from going through.”

Daisybell was a finalist for the 2019 Australian Stockholm Junior Water Prize. In his submission, he said the project could benefit communities all over the world.

“It could be really effective in third-world countries,” he said.

“Water is very important to life and if it’s cleaned with my filter, it could mean clean water is widely available.

“Even in Australia, the nitrate levels have been rising in parts of the Kimberley … We need something to solve the problem.”

Daisybell was also a finalist in the 2019 BHP Foundation Science and Engineering Awards, and said he hopes to take the project further by studying engineering at university.

"I've learned that going out there and doing something is much better than just doing research and keeping it to yourself," he said.

"I think real-world problems should be tackled head-on instead of debated."

Ruth Cooper
The Great Barrier Reef might get the most attention, but it’s Australia’s shellfish reefs that are the country’s most threatened… Read Full Paper 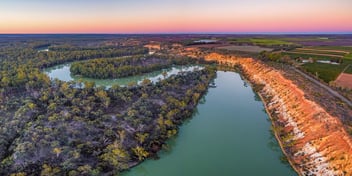