According to the report, which was produced by the Australian Renewable Energy Agency (ARENA), biogas currently represents just 0.5% of Australia’s national electricity generation.

But with no shortage of feedstock – water treatment plants along with rubbish tips and agricultural processors are overrun with fertile waste products – there’s big potential for the energy source.

This is something YVW hopes to capitalise on. It opened Victoria’s first waste-to-energy facility in 2017 and, two years on, the ReWaste plant has transformed more than 45,000 tonnes of food waste into 10,000 megawatt hours of clean energy. That’s enough to power more than 2000 homes.

To create the energy, food waste is fed into a digester where bacteria causes the material to break down. This generates biogas, which is cleaned to remove odours and impurities. The gas is then sent as fuel to a generator to produce electricity.

ReWaste generates enough energy to power itself and YVW’s Aurora sewage treatment plant, with the excess energy – about 70% of the total – exported to the electricity grid.

YVW Managing Director Pat McCafferty said the plant will help transition the utility towards generating all of its own renewable energy by 2025 and keep costs down for customers.

“The future security of water in Melbourne relies on our response to climate change now; that’s why we have a strong commitment to embracing renewables and reducing our carbon footprint,” McCafferty said.

The ReWaste plant has transformed more than 45,000 tonnes of food waste into biogas since it opened in 2017.

“The electricity generated by the plant has saved us $1 million on energy, allowing us to invest in other sustainable projects and to maintain affordable customer bills at a time when the cost of living is a very real struggle for some people.”

ReWaste is also an example of how utilities can partner with the wider community to tackle a problem, in this case waste.

McCafferty said this waste-to-energy model could offer a solution to the way waste and landfill is managed in Melbourne, with a focus on organisations partnering to find solutions.

He said the project was designed to be more cost-effective for businesses than taking their waste to landfill.

“We launched the facility hoping that businesses would get behind it and they have, to the point where we’re having trouble keeping up with demand. It shows that businesses want to get behind sustainability if it’s fit-for-purpose and accessible,” he said.

“Melbourne is growing rapidly, and it is inevitable that we are going to have to reassess the way we manage landfill. The same waste-to-energy technology we’ve used can be harnessed to create clean energy from different types of waste, which is really exciting.”

Water Source
It is an undisputed fact that a large part of water utilities’ operational expenditure is energy, and with the substantial rise in… Read Full Paper 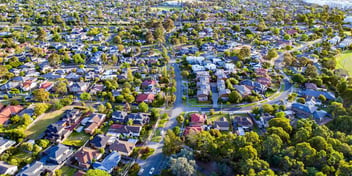 Jonathan Bradley
In 2018, Yarra Valley Water (YVW) looked at its business and saw a lot of systems undergirding it, from asset management and… Read Full Paper
Advertising