How this army engineer invented a suitcase-sized water treatment device

During natural disasters, such as floods, drinking water often has to be flown into remote towns or isolated areas at extremely high cost. Seeing this first hand inspired one aeronautical engineer to develop a solution.

In his day job, Captain Dael Liddicoat works on MRH-90 helicopters at the RAAF Base in Townsville, Queensland. It was this work – which involves aiding disaster relief efforts – that inspired his side project: developing a lightweight water treatment device.

“Contaminated water supply during natural disasters is a serious concern that quickly falls to assist organisations such as the Australian Defence Force (ADF) to combat,” Liddicoat said.

“I had an idea for producing high-quality drinking water at very short notice in support of soldiers engaging in disaster relief efforts.”

While the ADF has existing water treatment solutions, including reverse osmosis water purification units (ROWPU), Liddicoat said deploying these can be time consuming and makes water difficult to distribute.

“My idea is to decentralise water production through the distribution of a number of my lightweight water purifiers, allowing purification of water at the point of need,” he said.

“This would significantly reduce the continued logistics burden of moving water, reduce the likelihood of contaminated water being distributed and allow for extensive and robust planning to be conducted to optimise the positioning of long-term water production plants such as the ROWPU.”

Liddicoat pointed to the Townsville floods in February last year as an example of the usefulness of his invention.

“One of the jobs we had was flying bottled water out to more isolated towns running off generators,” he said.

“We were loading helicopters up and sending them out.”

Liddicoat said he saw the need for a device that could be quickly and easily deployed to fill the gap between the ROWPUs, which can produce 10,000 L of water/day, and bottled water.

“Imagine the alternative to delivering tonnes of bulk water every day as a one-off delivery of two or three small, solar powered purifier units capable of producing up to 1000 L of clean drinking water each day,” he said.

Liddicoat’s invention has applications other than disaster relief. In fact, he created the first version of his purifier in response to the constant demand for pure water to service army aircraft.

“The standard thing everyone uses is slow water distilling units.”

Liddicoat tested his prototype while working in the Solomon Islands last year and said it was able to consistently convert 30 to 40 parts per million (PPM) total dissolved solids (TDS) water to 0 PPM TDS water, producing about 1000 L/day.

On returning home he refined the device, creating version two: a smaller system with higher-quality filters that can remove bacteria, parasites and viruses from a water source.

“It weighs less than 10 kg, requires very little operator training and has been designed to be robust,” Liddicoat said.

"I propose further development and scaled production of my lightweight water purifiers, such that they become an integral part of deploying vehicle complete equipment schedules.”

Although the project has been on hold recently with Liddicoat busy with his day job, he said he hopes to devote more time to the device and refine it further.

“I’d like to develop it into something that can handle seawater and is potentially solar powered,” he said.

“The army has its own setup, designed for large-scale water purification, but with my device you could place it straight away while waiting for this.”

Water Source
In response to the recent catastrophic floods in central Vietnam, Australian water treatment innovation has been mobilised to… Read Full Paper 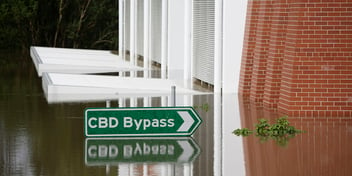 Flood frontlines in Lismore: what needs to change