3D printing is rippling through the water industry

Manufacturing is being turned on its head by 3D printing, and the water industry is not immune to the shake-up, writes Thea Cowie.

“It really does change the world in terms of what you can do now,” said Goulburn-Murray Water’s (GMW) Rodney Priest.

“It’s just a matter of using your imagination.”

Traditionally, manufacturing is a subtractive process: when you machine parts or make injection moulds you start out with a block of material and subtract from it.

But 3D printing, on the other hand, is also known as additive manufacturing because it builds, or ‘prints’, parts by depositing materials layer by layer from scratch.

According to the International Data Corporation, between now and 2020 global spending on the 3D printing industry is expected to more than double. This growth is being facilitated by the increasing availability of the technology and uptake from industry, entrepreneurs and hobbyists alike. And printer prices are falling accordingly.

“I’m not sure if someone will have a 3D metal printer in their bedroom in 20 years, but the cost of these machines is already falling dramatically.”

The benefits of additive manufacturing are widely touted: parts can be made quickly, affordably and with less waste.

There are important design advantages, too – the shorter time from conception to realisation promotes innovation, and printed parts can have smaller tolerances than those that are machined or cast.

Perhaps most importantly, printed parts can have much more complex geometry, enabling the manufacture of stronger, lighter – and therefore safer – parts.

For instance, rather than casting a number of simple parts and then fitting them together, 3D printing allows for those parts to be combined (unitised) in a more complex design, which can incorporate an internal lattice structure to reduce the part’s weight and increase its strength.

How does that extend to the water industry? Well, it could mean the manufacturing of entirely novel designs that represent better value across their entire lifecycle.

The sky's the limit

NanoSun, a start-up out of Singapore’s Nanyang Technological University (NTU), is working on a new nanofibre anti-fouling filter membrane inspired by the way trees transmit water.

“It simulates the natural phenomena where leaves can always take water from tree roots, no matter how big the tree is, without a large amount of pressure,” said NanoSun founder Darren Sun.

“An advantage of our design is we need less membrane to filter the same amount of water, compared with the conventional polymer and ceramic membranes, which can become irreversibly blocked.

“The only way to fabricate this membrane is with 3D printing.”

With just one printer, one operator and a small office, NanoSun can now print 300m of the membrane per day.

“The market is huge. The sky’s the limit,” Sun said of the potential for 3D printing within the water industry.

Mohammed has been working to simultaneously solve two problems commonly faced in the developing world: a lack of access to clean water and ubiquitous plastic rubbish.

“This kind of 3D technology can be used to rapidly replace broken plastic seals, pipes and other devices essential for water supply or sanitation,” Mohammed said.

The School of Engineering research fellow also said 3D printing could ensure valuable aid supplies were not wasted in recovery operations at home and abroad.

“Instead of sending aid, which may or may not fit the needs of the people on the ground, we could send a printer and materials that could be converted into whatever is needed until a more robust solution arrives,” he said.

Additive manufacturing with metals, on the other hand, offers better long-term solutions, but the capital outlay required has made it cost-prohibitive for the water industry. That is, until recently.

CSIRO’s Lab 22 has invested more than $6 million in additive manufacturing machines, many of which are the first of their kind in Australia, and all of which are available for Australian industry to use, CSIRO’s Gulizia said.

“Someone in the water industry can work with the Lab 22 innovation centre to design a part, they can be trained to use the equipment themselves, to build the part, put it into service and monitor its performance,” he said.

“That’s all before deciding to actually go out and buy a piece of equipment themselves; it’s low risk.”

Within the water industry, Gulizia sees additive manufacturing as an opportunity to extend the lifespan
of infrastructure.

“Anything that’s in contact with water and fouls due to corrosion can be redesigned,” Gulizia said.

“Titanium is very expensive to manufacture using traditional technology, but with 3D printing it’s not out of the question to build a whole valve set in corrosion-resistant titanium for the water industry.

“There’s also coating technology – using our cold-spray or laser technologies – that can be applied to 3D printed parts to make them even more useful and high-wearing,” Gulizia said.

“Machines are getting larger – we demonstrated that we could manufacture a jet engine entirely from 3D printing technology and we could make it lighter, too, by unitising parts,” he said.

“The whole value chain is moving so quickly that it’s even made the machines we have in our lab outdated already, and some of those are only a couple of years old.”

Another constraint is the time that it takes to make an individual part, Mohammed said.

“If you look at injection moulding you could make a part within a matter of seconds or minutes. With 3D printing for like-for-like parts, say a typical-sized water connector, you’d be looking at a few hours to make that one part,” he said.

There are also concerns about the structural integrity of products that are made using layer-by-layer building techniques.

“So you have this layering effect which could potentially leave structural weak points in the design.”

Meanwhile, RMIT’s School of Science has raised concerns about a number of photopolymers used in 3D  printing leaching toxic substances when in contact with water.

While the research focused on biomedical applications, the findings may give pause for thought as to wider health and environmental risks.

“This process highlighted the toxicity of 3D-printed polymer and allowed us to establish a predictive analytical workflow to rapidly determine the toxicology of a burgeoning number of polymers used in 3D printing,” research team leader Associate Professor Donald Wlodkowic stated at the time.

“We have already found one very toxic substance that has recently been reported as leaching from plastic ampoules used for intravenous injections.”

As Mohammed always tells his students: “Figure out where the added value comes from for use of this type of technology.

“Dare I say it, my own personal feeling is that for the water industry it might actually be quite constrained to high-value, low-volume parts,” he said.

“When it comes to high-volume, standardised parts, other manufacturing processes, such as injection moulding, are perhaps always going to be king.”

GMW’s Priest came to a similar conclusion. As one of the first water utility representatives to visit CSIRO’s Lab 22, he is currently investigating potential applications for additive manufacturing within the industry.

He said perhaps the greatest potential would be in the replacement of parts within ageing networks. For example, parts that were manufactured more than 100 years ago and for which there are no surviving blueprints.

“Remaking parts using the original method is often too expensive so that often means we have to replace a whole component – say a whole pump – just because of one damaged part,” he said.

“But with 3D printing we can re-manufacture a part to the existing specifications.”

Even better, the replacement part could incorporate improvements, Priest suggested.

“You can make it look like the original component on the outside, but on the inside it has all of the advanced technology to improve efficiencies – current seals, lanes for grease, holds for sensors,” he said.

As the Australian Water Association’s KPMG-sponsored discussion paper on Procurement Maturity in the Water Industry predicted: “The rise of 3D printing is likely to increase the prominence of the ‘make-in-house’ procurement strategy within category plans, particularly for maintenance, repair and operations spare parts.”

The report stated that medium-to-long-term opportunities included the incorporation of artificial intelligence to improve predictive maintenance, as well as self-management of spare parts supply.

“For example, allowing for smart machines to order their own replacement parts or to trigger the manufacture of them (using 3D printers) prior to machine breakdowns. The time that is currently spent by procurement to complete this task can be diverted to more value-added and strategic MRO procurement tasks,” the report stated.

And if the water industry doesn’t act, others will. According to a PwC study released earlier this year, 85% of spare parts suppliers have said 3D printing will play a dominant role in their business within five years.

In the meantime, 3D printing may prove most valuable for prototyping within the water industry, Mohammed said.

“With 3D printing, if your design changes tomorrow you can just make a simple alteration to your digital computer file and then realise that product instantly with minimal waste,” he said.

“That’s unlike using injection moulding, where you would have to make quite costly casts in order to just realise a single product.”

At the end of the day, it’s up to individuals and businesses to determine where 3D printing can add value now and as the technology evolves ever-so-rapidly into the future.

As GMW’s Priest said: “It’s not perfect, it’s just another tool in your belt.”

First published as ‘Layer by Layer’ in Current magazine November 2017.

This technology desalinates water using sunlight – in less than 30 minutes 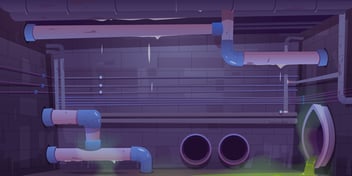