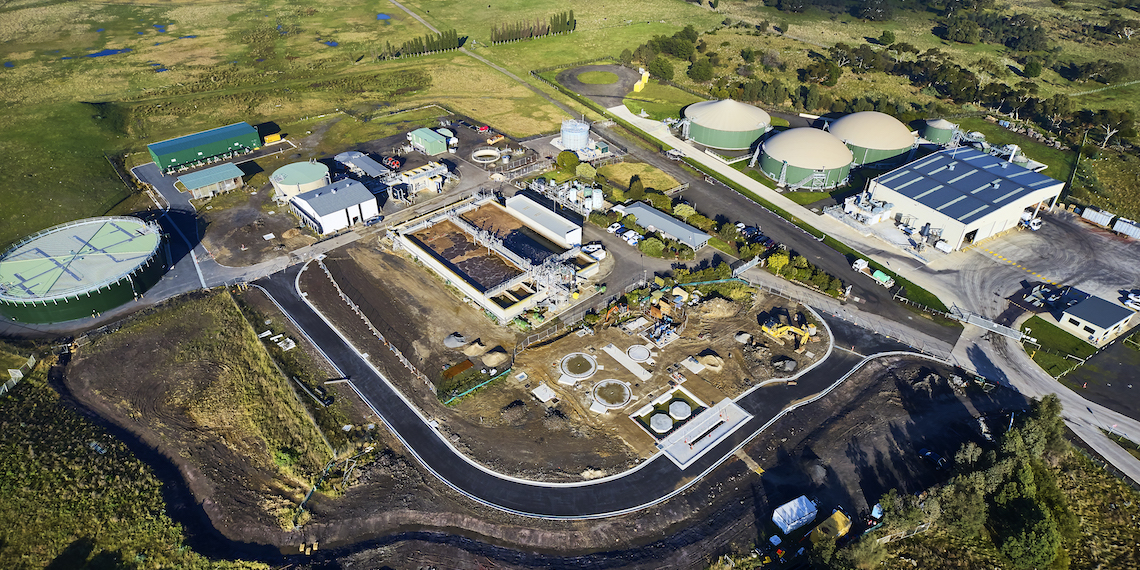 With water and renewable energy two of the key ingredients required to make the production of green hydrogen a reality, one Victorian water utility is preparing to step into the market with the launch of a new technology trial.

In collaboration with Australian Gas Infrastructure Group (AGIG), Yarra Valley Water (YVW) has launched a project to test a Victorian-made, high-tech electrolyser that could enable the cost-effective production of renewable green hydrogen at its Aurora treatment plant.

The utility made a successful application to receive $11.9 million in funding from Round 2 of the Victorian Government's Energy Innovation Fund to build a permanent hydrogen facility.

YVW Managing Director Pat McCafferty said Australia's goal is to be a major supplier of clean hydrogen by 2030 and the water industry has a critical role in providing a commercially viable renewable hydrogen future.

“For the water sector, this pilot promises a lot of potential for a breakthrough in green hydrogen production. It’s exciting, because the production of green hydrogen is very synergistic with what we already do here at Yarra Valley Water,” he said.

“Recycled water and renewable energy are needed to make sustainable hydrogen and we’re producing both at Aurora, which is powered by green energy from our onsite food waste to energy facility.”

“The water industry is significantly impacted by climate change and we’re committed to doing what we can to reduce greenhouse gas emissions as part of our climate resilience planning,” McCafferty said.

“This pilot is an extension of our work to go beyond zero carbon and play our part to help Australia decarbonise its fuel sources and decrease greenhouse gases – we’re proud to be at the forefront of this important shift.”

Green hydrogen – as opposed to blue or grey – is the only type with zero carbon emissions when produced using renewable energy, but is also considered the most difficult to produce due to high energy demands.

McCafferty said the pilot at Aurora treatment plant will ultimately test the feasibility of developing a commercially viable facility utilising the latest technology.

“YVW is in an excellent position to explore this, as we already produce the two key ingredients needed to make hydrogen a reality. But we need to hit certain efficiency benchmarks, both in terms of water used and energy consumed, to make a larger scale project viable.”

McCafferty said the pilot will not be without its challenges, as Aurora’s already Class-A recycled water will need to be treated further, as green hydrogen production requires a highly-purified water stream to work effectively.

“The recycled water from our Aurora site will need to be scrubbed up a bit further. It’s Class-A, but we’ll be putting it through Reverse Osmosis (RO) membranes, because the water has to be at a certain standard in order for the whole process to work,” he said.

“So it will require more treatment, and that requires more energy. What we are trying to demonstrate is that we can do that with a lower energy footprint than what is normally achieved – that’s where the new technology comes into play.”

McCafferty said there is always a degree of uncertainty with new technologies, but it’s great to be trying new things and driving innovation.

“In the first instance, we are focusing on whether we can prove the economic viability of doing what is best for the environment with these endeavours. It’s the commercially viable solutions that will be sustainable in the long run,” he said.

Depending on how the pilot goes, McCafferty said there are also plenty of opportunities down the line for YVW to pursue other related benefits from producing their own green hydrogen, too.

“The by-product from hydrogen production – oxygen – can potentially be used to make our sewage treatment processes more efficient,” he said.

“In the near future, we need to upgrade our treatment plant to support growth in Melbourne’s North. Having access to a pure oxygen source means we can explore different treatment processes which require less space, and as a result have lower costs.”

McCafferty said seeing what other circular economy benefits can be derived from the process is what he finds most interesting – as the utility has already seen first-hand the positive knock-on effects from other endeavours, including their waste-to-energy facilities.

“While our food waste-to-energy facilities and the hydrogen pilot are in two adjacent swim lanes to our business, they are both natural extensions of what we already do. And it’s these projects that tick multiple boxes that we need to leverage if we are to meet our commitments to net zero.”

While the technology pilot still needs to be conducted, McCafferty said there is no shortage of interest in the potential for a locally-produced green hydrogen source in Victoria.

“The area around our Aurora treatment plant has a lot of heavy industrial energy users. We have a broad portfolio of potential recipients of the hydrogen. And we’ve been discussing it with them for a couple of years now,” he said.

“This is an exciting development in our journey towards a carbon-free future and delivering our purpose to create a brighter future for communities and the natural environment.”