Inside an award-winning campaign to keep wipes out of pipes, and fast 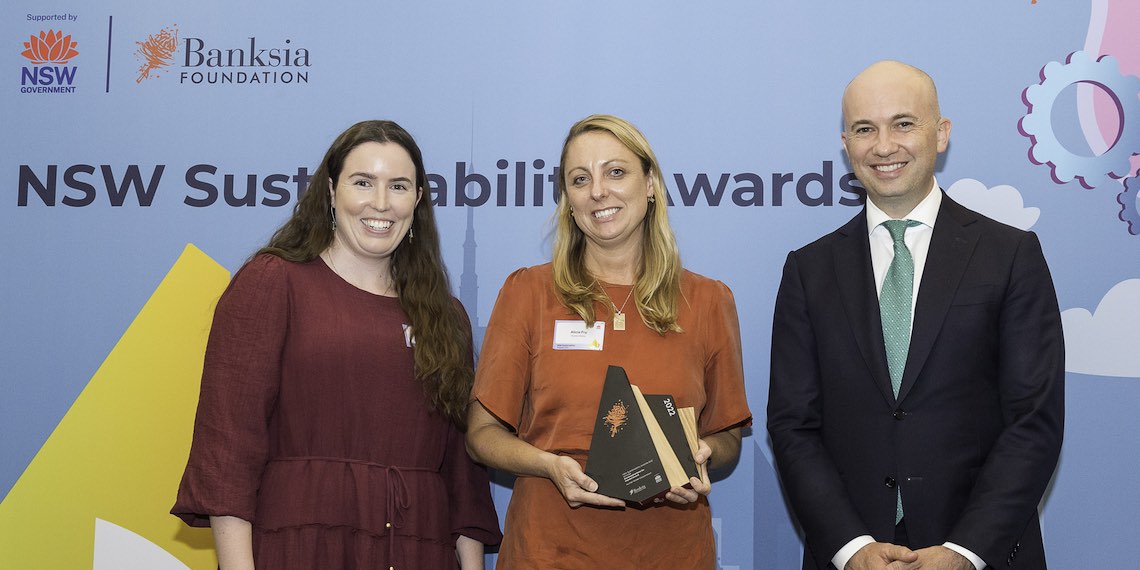 While sewer health campaigns are a crucial tool for keeping wipes out of pipes, designing and launching a behavioural change initiative during the first few months of a pandemic is no easy feat, when uncertain communities are already awash with media messaging.

Despite being created in response to an increase in non-flushables at the start of the COVID-19 pandemic in 2020, Hunter Water’s Respect the Throne campaign took out the Communications for Impact Award at the Banksia Foundation’s 2022 NSW Sustainability Awards last month.

The campaign was also highly commended in the 2021 Mumbrella Awards and has maintained significant traction.

Hunter Water Marketing and Business Communications Team Leader Alicia Fry said one of the reasons the campaign has attracted so much attention is because it was highly successful despite being designed and distributed during a difficult and high-pressure period.

“Like all other utilities, non-flushables are an ongoing issue for Hunter Water. The cost to us is about $5 million per year in terms of maintaining our wastewater systems. We have always had a high number of jobs for short-notice repairs and fixes due to non-flushables,” she said.

“But we received an early warning notification just after COVID-19 started. We saw a dramatic increase in wet wipes coming into our sewer networks right around the time when we had toilet paper shortages across the nation.

“People were flushing toilet paper alternatives. And with the warning, we knew we had to act fast, or we were going to have some severe problems right across our network. When the pandemic started, there was a lot of uncertainty and we knew we needed to act quickly.”

Given the need for immediate behavioural change, the Respect the Throne campaign was designed and launched within just six weeks, Fry said.

“The wastewater area of our business came to our communications team with this problem, and they needed our help to try and change community behaviour,” she said.

“That was realistically the only option we had to pursue in such a short amount of time.”

“We do regular pulse checks with our community around our campaigns in general. Right before the pandemic started, we had a check-in with customers about whether or not they knew what to flush,” Fry said.

“At that time, we found out that only 73% of people knew what was okay to flush down the toilet. So that was our baseline.”

Fry said the key issue the team had to work on was what the message needed to be and how to do it simply to cut through the noise really quickly.

“It was certainly a challenge, with COVID-19 taking up a lot of media space. It was a challenging environment in terms of cutting through all the other messaging to make sure we could achieve behaviour change,” she said.

“In a time of great uncertainty and seriousness, we realised we had an opportunity to utilise humour to get our customers' attention. It turns out that our community really appreciated the light-hearted relief that our messaging provided.”

With humour at its heart, the campaign’s messaging was designed to empower the Lower Hunter’s residents to take responsibility for sewer health, but also to provide some light-hearted relief during an incredibly difficult time.

“The word respect is really strong; it helps put ownership back on the individual. We’ve always been very focused on empowering our community when it comes to our messaging. It is all about empowering the individual to make changes,” Fry said.

“And referring to a toilet as ‘the throne’ is quintessentially Aussie. We were making the message relatable to our Newcastle, Novocastrian way of talking. We wanted to tap into the psyche of our community.”

Due to the short timeframe, the campaign was rolled out over local free-to-air TV, radio and social media channels, and Fry said there were also radio segments set up to discuss sewer health issues.

“The local radio station really took to it as a fun, light-hearted topic to provide a bit of a breather for the community. We had a radio host attend the treatment plant during the process of removing a fatberg,” she said.

“He was so animated, descriptive and funny when discussing what he saw. And we never could have scripted that response, but it was hugely effective in giving the messaging a bit of extra momentum.”

After the campaign, 93% of people said they knew what to flush, compared to the pre-pandemic 73%, Fry said, with the success of the campaign exceeding expectations.

“Our Respect the Throne campaign jingle was the quickest and most recalled Hunter Water ad that we’d ever produced. We know that because we regularly check how our campaigns and messages have travelled,” she said.

“We have been doing some community consultation recently on a completely different project, and the Respect the Throne campaign is coming up a lot without being prompted. People are telling us they love the ad and that their kids sing it in the toilet paper aisle at the shops!”

Fry said that while these kinds of success stories are great to hear, recent sewer network data also suggests the campaign achieved what it set out to do.

“We had a 33% reduction in the number of sewer main breaks per 100 km, and that’s reflected in our 2021 National Performance Report. We have been fairly poor performing in that area in comparison to other utilities. But we have seen a huge improvement in that space,” she said.

“We have also received no further warning notification, which is what triggered the campaign in the first place.”

Fry said the utility has recently started running phase two of Respect the Throne, which introduces the issue of fats and oils going down the sink, and how they don’t mix well with wipes in pipes.

“So we are now transitioning to more of a long-term water literacy goals with the use of this campaign, as well. Because of the success of the original Respect the Throne campaign, we’ve used the same humour – the same jingle – while adding a second verse,” she said.

“We are eventually working towards longer-term water literacy within our community. And this campaign has been a really good springboard for that, as well.

“Secondary to its original purpose, the campaign was way more successful than we thought it would be, and so why not continue to use it?”