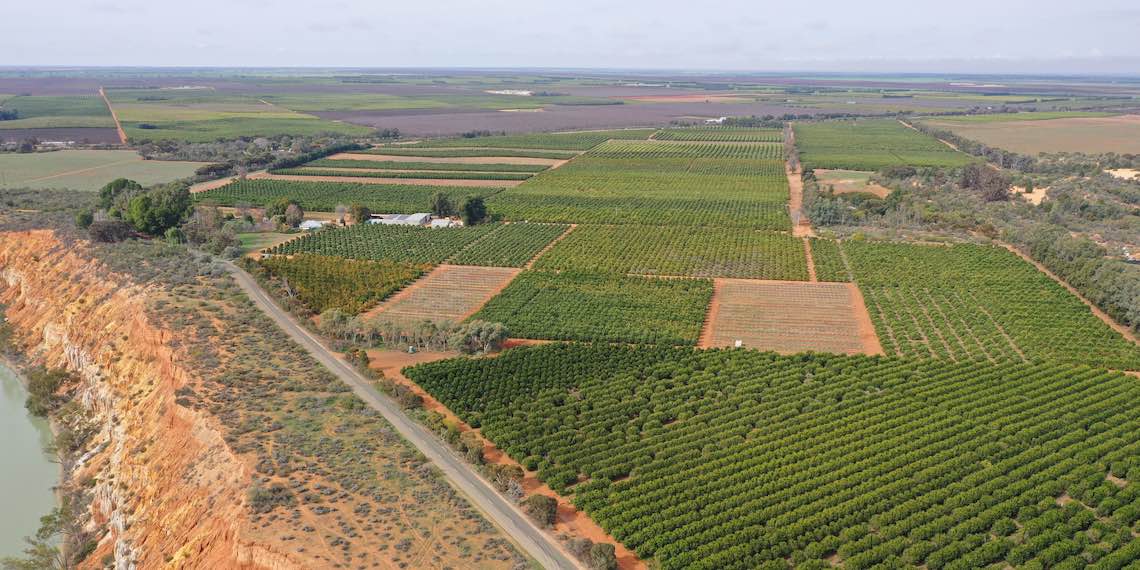 The southern Murray-Darling basin is one of the most advanced water markets in the world with many moving parts, but new research aims to help irrigators better plan their water-use strategies to support their distinct needs, and the needs of their community.

The research, conducted at the University of Adelaide, classified irrigators into five groups according to their water trade and farm management practices.

“Most of the studied strategies are water related — so buying and selling temporary or permanent water, and also carrying over water from the current to the next season,” explained Associate Professor Alec Zuo of the University of Adelaide School of Economics and Public Policy.

The research considered market participants’ land-use strategies, such as buying and selling land to manage risk, or to change the types of crops they grow on the land — for instance, by switching from annual to perennial crops or vice versa.

“Then we used a principal component analysis to detect the clusters of irrigators using these strategies,” Zuo said.

“We have the first as Expanders — they're looking to expand their production on their farm — and then we have Expanders and Diversifiers — they expand and also diversify their production, probably in another region, not within their own.”

The researchers identified the third category as Downsizers.

“Then for the last cluster, we have Savers … They predominantly use carryover strategy for their water management, so they look for water savings and, once saved, [they] then hope to utilise that water in the next season.”

By identifying these different clusters of irrigators, the researchers hope to better understand how irrigators use water markets to facilitate their short-term and long-term farm management plans.

“For example, if one irrigator mostly purchased water allocations in the market and they also increased their irrigated area, they improved the efficiency of the irrigation infrastructure on the farm or they changed their irrigation production … they are most likely to be identified in the Expander group,” said Zuo.

After identifying these groups, Zuo said a modelling approach was used to look at the other characteristics that are significantly associated with each group.

Zuo described these characteristics as the “drivers” of the clustering.

“Also, their past five years of water allocation percentage for their high security and low security water entitlement, and if they have a farm successor identified, or if they experience water stress or some financial stress.”

The southern Murray-Darling basin was particularly suitable for conducting this analysis, the researchers said, because it has the most advanced water market in the world.

“There are a few prerequisites for water markets to operate efficiently,” Zuo said.

“First, formal institutions. Second, the water right needs to be clearly defined. In the case of the southern Murray-Darling basin, the land-water unbundle happened many years ago, so this created water rights to be defined, which can be traded separately to land with low transaction costs.

“Also, the connected hydrology of the southern Murray-Darling Basin enables trade along the river, so the River Murray acts as a natural channel of carrying water.”

The region is also characterised by diversified agricultural producers, irrigation and commodities, other conditions that are ideal for water markets.

“We have annual crops, which are more flexible than perennial crops,” Zuo said.

“The flexible annual crops can allocate water from season to season. Then this creates opportunities or creates different marginal benefits from water-use in different enterprises, and this enables the water to be traded to higher value uses, depending on the climatic conditions in different seasons.”

Identifying the different strategies used by irrigators could have policy implications for the conduct of the water market as the sector undergoes changes over coming decades.

“Given the characteristics associated with these broad clusters with distinct combinations of strategies, agricultural and community policies could work to assist the structural change of rural areas and make it a more efficient transition and less costly for rural communities,” Zuo said.

“If you are downsizing, let’s not focus on the outcome. It's more important how we can make the transition less costly overall, for the community, and assist this process. The strategies identified for downsizers provide us the insights into this process.”

As the team conducts further research into water markets, other factors, from the environment to market changes, could be investigated further.

“We have many issues to deal with, including climate change, the distributional aspects of the water market and negative externalities from the water market on the community and the environment,” Zuo said.

“They all need robust empirical research, particularly through the lens of socio-economic research.”

Cecilia Harris
Results from an inquiry into water sharing arrangements in the southern Basin are now in, with the Murray-Darling Basin Interim… Read Full Paper

Joshua Hoey
While Australia's First Nations own 20% of the country's land, they control less than 0.1% of Australia's water resources. Joshua… Read Full Paper