How a Queensland council ended 20 years of water restrictions 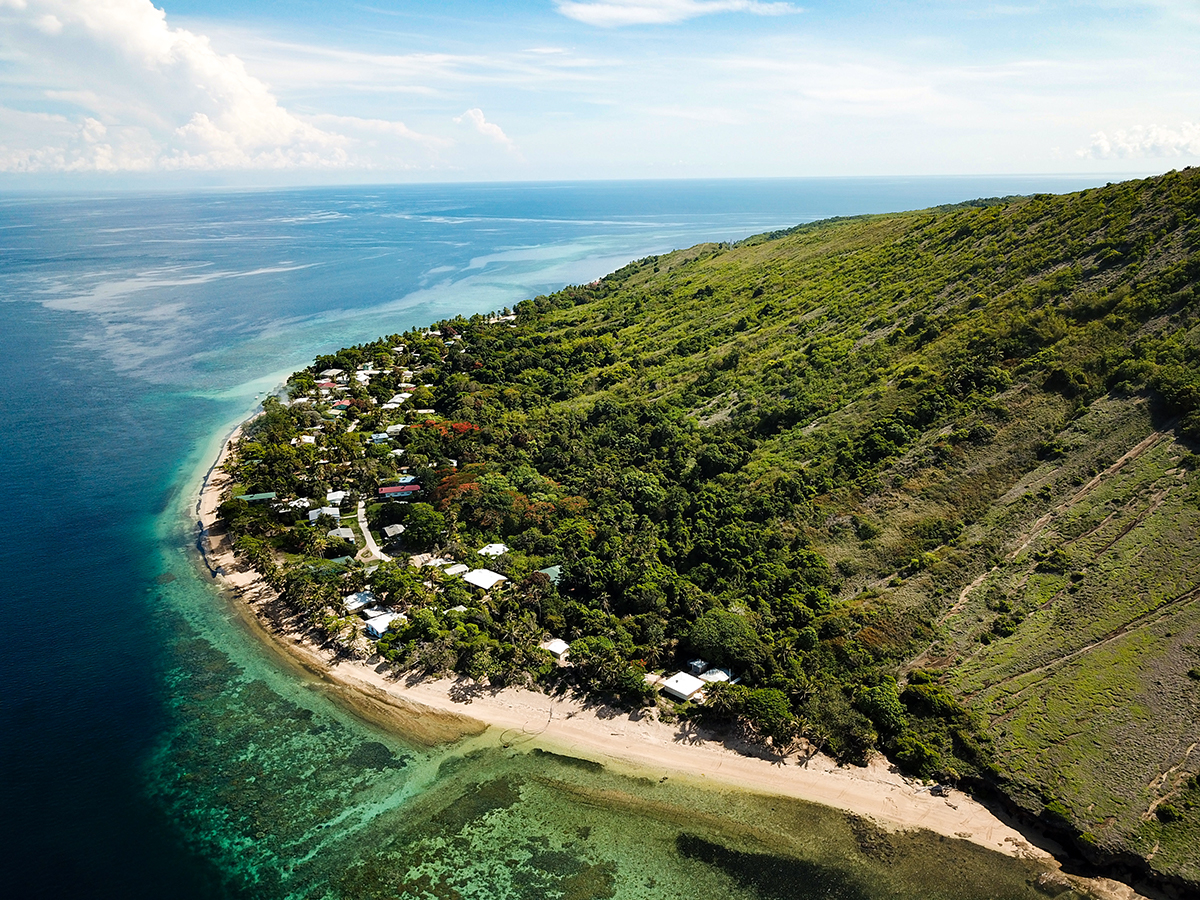 For more than 20 years, the Torres Strait Island community of Mer Island had been living under onerous water restrictions. Although the island had its own 17.5 megalitre covered storage lagoon to provide water, losses in the network were quickly draining the supply.

Even mobile desalination units, brought in at times of heavy demand, could only help ameliorate the problem.

Torres Strait Island Regional Council knew it had to address the problem and, in 2021, it put together an integrated plan to transform the island’s water network.

“The community only had access to six hours of water per day when we commenced the project,” recalled Daniel Harrington, Senior Project Engineer at Torres Strait Island Regional Council.

“The residents of Mer had to arrange their day around when water was available. They had about an hour and a half in the morning, one hour lunchtime and then three and a half hours at night.”

The council sought to find a smarter way of addressing the leaks.

“All we had were manual meter reads and a flow meter at the water treatment plant,” Harrington said. “We knew daily quantities, but with not really any understanding of where that water was going.”

“We went up for about a week both times, and it involved going around, walking the complete network using handheld acoustic sensors, looking for leaks, and at the same time providing training to our operators on how to use the sensors,” Harrington said.

“And as this was being done, we addressed the leaks. If they couldn't be repaired with parts that were on the island, we made a register and organised for a plumber from the adjacent island to come in at a later date to do the repairs.

“And at the same time, we did the installation of smart meters, so we could monitor flows into properties. We also installed hydrophones able to detect mains leaks, and we installed PRVs — pressure regulation valves — for reducing pressure demands in the network to try and help reduce the number and the flow rate of leaks.”

Mer Island is one of the most remote communities in Australia. Staff at the council's main office in Cairns must catch two planes to get there, while Asset Life Alliance staff had to catch three planes.

It was important that there would be no significant delays when conducting the site works. If things went wrong and the job couldn’t be completed, an already costly operation would get more expensive.

“Making sure everything's freighted to site initially, coordinating our operators from other divisions to be there at the same time, and quite tight timeframes within which we had to get everything done, because you're only there for four or five days, and then you've got to go home,” Harrington said.

“You've got to make sure you've got everything you need while you're there and try to get it done within the timeframes.”

The challenges were then compounded by the danger a COVID-19 outbreak could present to the remote community.

“The operators were from the South East, and both times they came up, there were outbreaks in different parts of the state,” Harrington recalled.

“We had a couple of close calls with that, and it meant that we had to liaise quite heavily with the community when we were onsite — including committee meetings to ensure that all of the correct health protocols had been followed, and … just as a precaution, we were limiting any interaction while there.”

According to Harrington, one of the best outcomes of the project was the knowledge the action was able to develop for operators in the community.

“We were able to identify solutions which would be beneficial for both Mer Island but also for the other 14 communities,” he said.

“We've had to do a follow-up maintenance on one of the pressure valves but, in general, the day-to-day operation can be managed by the [council] staff or guys in the community.”

“The cost of the project, we expect to be offset within the first two years,” he said.

“Just because the majority of the water — probably 80 to 90% of the water supply at the moment — comes from desalination. At times, when the desal units aren't able to keep up with demand, we have to ship in mobile units, which is very expensive and labour intensive.”

The outcomes of the project have been significant for the community. For the first time in 20 years, Mer Island’s water restrictions were lifted entirely — an achievement honoured at the 2022 Australian Water Awards when Torres Strait Island Regional Council was presented with the Regional Recognition Award for Infrastructure Project Innovation.

Harrington said it was “fantastic” for a small council in a remote part of the country to see such recognition.

“I think we've made significant improvements over recent years across the board, with water security and water supply, so it's good to get that recognition for the team,” he said.

“The lagoon's still full, and water losses have been minimal and maintained quite consistently over time.”

Rural Tasmanian community gets water fit for a king

Cecilia Harris
National Reconciliation Week 2021 will run 27 May to 3 June, and this year's theme is “More Than a Word”. In the lead up to the… Read Full Paper

Lessons Learnt from our Regional Communities