Resources > Latest News > What happened to the water on mars

What happened to the water on Mars? 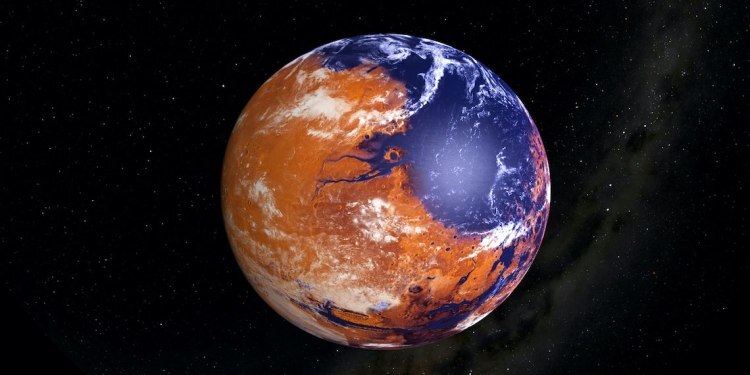 Known as the "red planet" for its dry, dusty surface, Mars has long captured imaginations. But could this red planet have once been blue?

Water did exist on the planet, which may have looked more like Earth three to four billion years ago, but apart from ice at the planet's poles, this water has since disappeared.

Canberra’s Deep Space Communication Complex (DSCC) — part of the NASA’s Deep Space Network and managed by the CSIRO — has been a key component in providing communications with the robotic missions exploring Mars and beyond, with discovering water a focus for the group.

“NASA's exploration philosophy has for many years been to 'follow the water'. Water in its many forms exists all across the solar system,” said DSCC science communicator Glen Nagle.

“Some of the moons of Jupiter and Saturn contain more water there than exists across the entire Earth. The chemical building blocks of life also exist across the solar system, including Mars.

“On our planet, wherever you find water, you often find life. Is Earth just an exception, or is 'water equals life' the rule?”

The hunt for the missing water

So where is Mars’ water? What happened to it? And can tracking it lead to discovering life on Mars?

While there is still some water on the planet, studies have suggested that Mars might have once had enough water to cover the entire planet to a depth of between 100 metres and 1.5 kilometres.

The Mars Reconnaissance Orbiter even found recent minute instances of hydrated salts on its surface, a "flowing" briny fluid that allows water to stay liquid despite the well below freezing temperatures on the planet.

There could even be subsurface reservoirs of water Nagle said, adding “there is still potential to find water in liquid form deep underground”.

“Water can also still be found at the poles and other ice deposits around the planet,” he said.

“The inclusion of a higher volume of hydrated minerals across Mars has implications for future exploration efforts, particular for any future crewed mission to the red planet where finding resources in-situ will be critical to its success.”

So, why has a formerly blue planet lost most of its water?

The thin Martian atmosphere means that, on that planet, water instantly changes from a solid to a gas.

It was long believed that Mars’s low gravity also allowed much of the water’s hydrogen element to split from oxygen in the planet’s upper atmosphere and be swept into space, as this weak atmosphere was unprotected from powerful solar winds.

This process of escaping hydrogen is still occurring today, but that couldn’t explain all of the predicted water loss.

New research released in Science magazine in March 2021 has sought to answer the question.

It says that water molecules never left Mars and remain trapped in the planet’s crust.

The research said the planet’s water cycle is fundamentally different to that of Earth due to Mars’s tectonic inactivity, which means as water seeped into the ground it became trapped in minerals in the crust.

On Earth, this crust is pushed into the mantle and then recycled via volcanism into the atmosphere, whereas on Mars it became trapped in the planet’s mantle.

The research found that "trapped" water could account for between 30 to 99 per cent of all the water "lost" on Mars, as opposed to atmospheric measures.

Nagle added that it may explain where the planet’s water has gone.

“Their research concluded that, as Mars' climate varied over time, irreversible chemical weathering and increased levels of hydrated minerals planet-wide trapped oceans-worth of water,” he said.

While this research may have cleared up the mystery of what happened to Mars’s water, the likelihood of still finding fresh, potable water is very low, according to earlier findings by CSIRO’s Dr Paulo de Souza, who was part of the NASA Mars Exploration Rover Program’s science team.

“While Mars is too cold now to have the liquid water needed for life, we've had evidence for past water activity on the planet from satellite images of valleys and analysis of rocks by the rovers,” De Souza said.

“But the water that once shaped those landscapes and minerals was as acidic as vinegar."

However, missions to Mars continue in an effort to find more evidence of water and, hopefully, life, on the now barren planet. 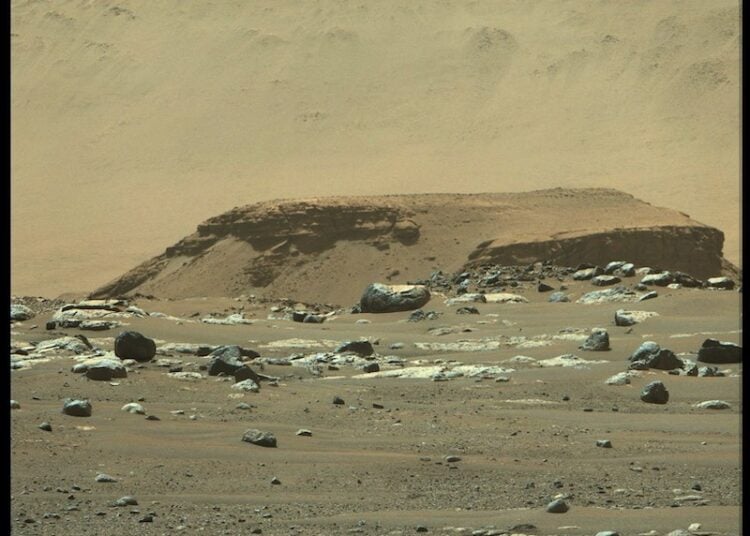 The Jezero crater, a dry delta where Mars rover Perseverance is searching for evidence of water.

The latest rover to explore the planet’s surface, Perseverance, has landed near the Jezero Crater to discover more about Mars.

This crater was once an ancient lake and has a channel that is believed to have formed a river that became a wide — but now desiccated — delta system.

Australian astrobiologist Dr Abigail Allwood is leading the team that is studying the small-scale structure and chemistry of the landscape, hunting for fossilised evidence of life that once lived at the mouth of this river.

Much of Mars’s water is still there, lurking beneath the surface and waiting to be unlocked, but whether this water can be used in the future remains unknown.

Opinion: COVID-19 is forcing businesses to innovate, and quickly

John McGuire
A version of this story was first published by Aurecon. Read the original. Read Full Paper

Why the water industry needs a planetary lens

Is sustainable finance right for your water business?

Water Source
For water businesses looking to finance their operations, green or sustainable debt can be both a source of capital and a way to… Read Full Paper
Advertising