Traditional Owners near the Gulf of Carpentaria have launched legal action against the Northern Territory government over its decision to slash the security bond paid by a massive lead and zinc mine.

Borroloola community residents have gone to the Supreme Court to challenge the November decision by the NT government to lower the bond for Glencore’s McArthur River Mine, around 800 km southeast of Darwin, by almost $120 million.

The lead and zinc mine has been beset by environmental problems, as well as claims that sacred Indigenous sites face irreversible cultural and ecological damage from its operation.

The legal proceedings, brought by the Environmental Defenders Office (EDO) on behalf of Borroloola residents Jack Green and Josephine Davey Green and the Environment Centre NT, relate to the 25% reduction in the environmental security bond paid by the McArthur River Mine.

Security bonds are risk-based payments held by the NT Government to cover the costs of dealing with mining-related environmental harm. Lawyers will argue the Territory government’s November 2020 decision was unlawful.

Some Traditional Owners have been fighting aspects of the mine owned by the Swiss giant, around 45 km upstream from the Aboriginal community of Borroloola, for more than a decade. Residents have raised health, cultural and environmental concerns about the project — including when waste rock combusted and smouldered for several months from 2013.

The reduction in bond from $519 million to $400 million was announced late last year along with approval to double the size of the project's mine pit and waste rock dump.

"What our clients want is for that bond to reflect the real cost of rehabilitating and closing that site,” he said.

NT’s mining minister, Nicole Manison, has said the decision to reduce the bond was made after an independent assessment process.

A spokeswoman for the minister said the decision to reduce the security bond “was due to improvements in knowledge and technology regarding waste rock management consistent with the NT EPA assessment report for the project”.

In 2017, a report by independent monitor Erias Group found the site could require "several hundred years" of monitoring and rehabilitation, and the bond would only cover the next 25 years.

The report also found that Glencore had taken a number of steps to improve its management of waste rock, but that installing and managing complex cover systems would be "challenging", particularly in the wet season.

In a statement, Glencore said that it is committed to rehabilitating the site within the timeframes it had set out in its environment impact assessment.

“We will continue to engage with the First Nations people in the Territory on the environmental management of the mine and welcome local Traditional Owner and Custodian input on how we can continue to improve cultural heritage management in the region.”

Jack Green, a Garawa elder, said that Traditional Owners had not been consulted about the reduction in bond.

“They’ve kept us in the dark — we still don’t know why they made that decision,” he said.

Josie Davey Green, a Gudanji woman, was troubled by the environmental and cultural impacts of the decision.

“My ancestors spent their lives with that river — it is everything to us, we’re all connected to it,” she said. 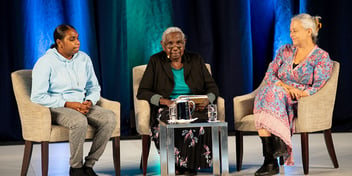 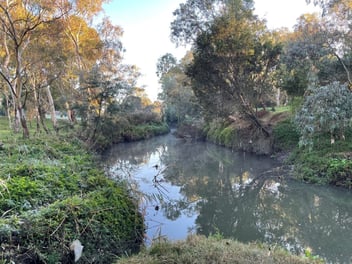