The Bureau of Meteorology has officially announced a La Niña phase is underway, signalling that northern and eastern Australia can expect wetter conditions this spring and summer, and bolstering hopes for a less severe bushfire season ahead.

"We tend to have more cloud and a bit more moisture around to evaporate to keep the air a bit cooler," he said.

"Conversely at night, when you've got the cloud acting like a lid trapping in that heat, it can be a bit warmer."

The last major La Niña events were in the summers of 2010-11 and 2011-12, which resulted in Australia's wettest two-year period on record.

Many Australian’s will recall the devastating flooding events resulting from the last La Niña phase; in 2011, many areas of South-East Queensland were flooded, and Brisbane recorded the worst flooding event since the mid-1970s.

But Watkins said this year's La Niña will likely be less intense based on the Bureau’s current forecasting.

"Also the fact that by this time in 2010, we were already well into a La Niña event and had been pretty much since mid July," he said.

Despite the expectation of a lesser La Niña in the coming months, Watkins said there’s still a chance of more frequent cyclones in Australian waters over summer.

"That also increases the risk of tropical cyclones crossing the coast, so lots of impacts of La Niña, particularly as we get into summer,” he said.

The forecast of more rain will likely be welcome for Australian regions that have experienced drier months during 2020. However, Watkins notes that the hope is for a balanced amount of rain to ensure crops are not damaged pre-harvest.

"Hopefully nice finishing rains but that it won't be too wet for the actual harvest," he said.

Watkins said the new La Niña phase was also welcome news ahead of the upcoming bushfire season, considering the catastrophic fires that burned throughout Australia during the summer of 2019-20.

"Last year we went into the spring and summer period with a really strong positive Indian Ocean Dipole event; that was keeping things very dry, particularly in eastern Australia and it also had been very hot,” he said.

"But we can never forget southern Australia will always get dry and hot over summer," he said, which, despite a La Niña phase, is typical of Australia’s southern reaches.

"There always will be some bushfires, but hopefully this year we have the conditions in place that we won't see those widespread, long-campaign fires that we did see unfortunately last year."

Elle Hardy
As the ACT celebrates the recovery of its overall water reserves to 98.26 per cent, utility Icon Water has warned capital residents… Read Full Paper 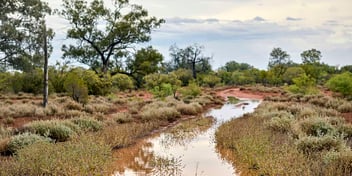 Cecilia Harris
With the Bureau of Meteorology announcing an official La Niña event set to last for the next few months, water utilities on the… Read Full Paper 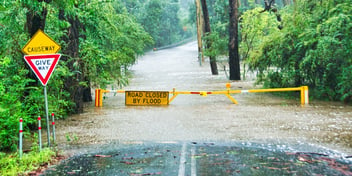